This area has continues to be an interest of mine.  There are several sites on line now that have ample images which can allow you to get close to the ID of some spiders.  The following are examples I have found in my garden and back yard.

are arachnids but are not spiders.  They do not have venom.

I was able to crop and enlarge one image of an opilione for a closer look at the body.  If you right click the above image and select view image, you will be able to see a larger version of this photo. 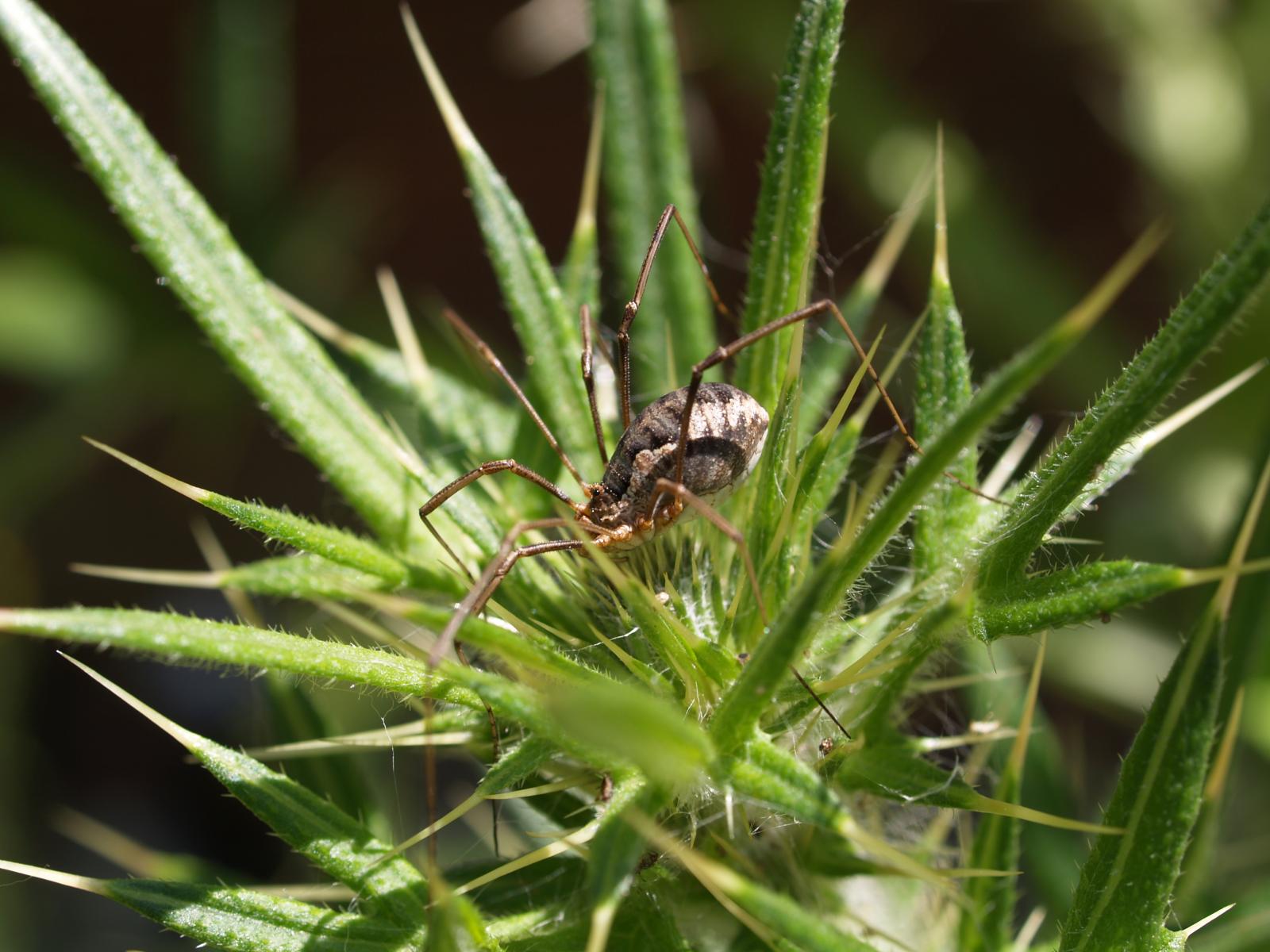 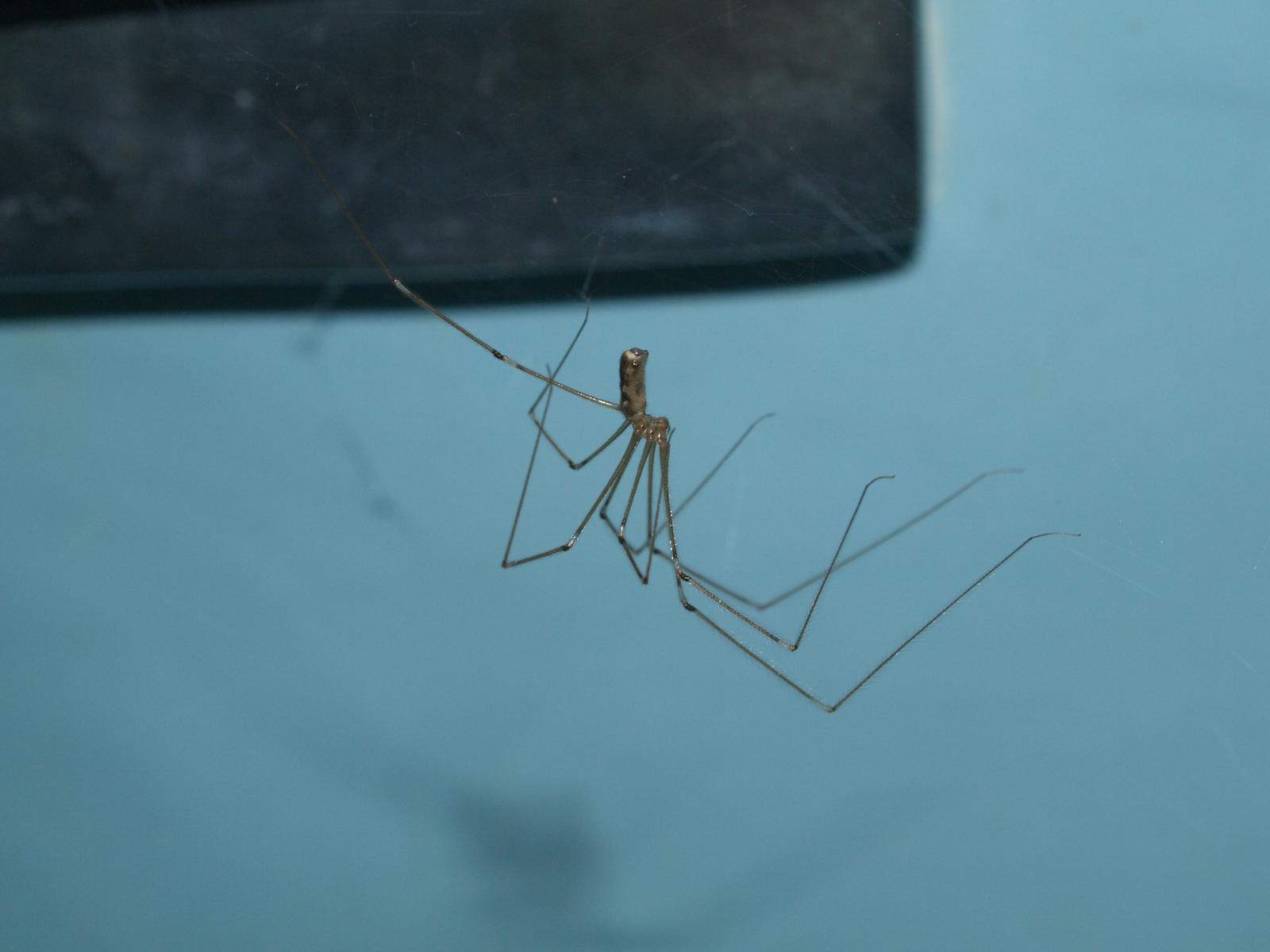 The spider to the left is in the family Pholcidae.  They have several common names such as daddy long legs and cellar spider.  Besides your cellar, you can find them in out of the way areas in the corners of rooms near the ceiling or near the floor.  They may have clumps of material in the web which is the remains of meals.

This is one of several common species of jumping spiders you can find on campus.

The funnel web weaver produces a web sheet with a funnel at one end where it waits for prey to land on the sheet.  It then runs out to retrieve its prey.  The web is not sticky but it can tangle the feet of the prey.  It will then run back into its funnel to consume its prey out of site of predators.  If you tease this spider by touching its web, it will sometimes attack. 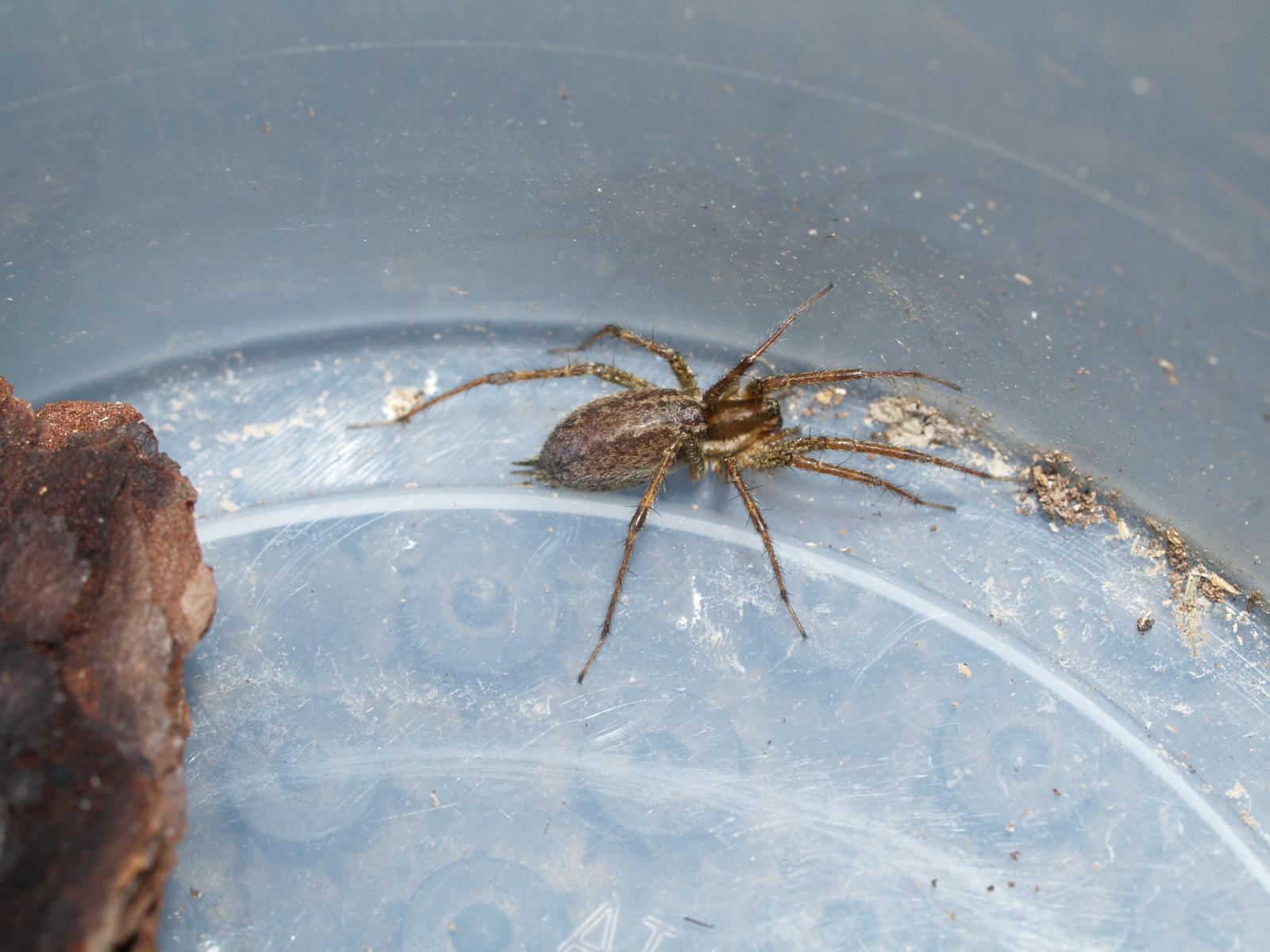 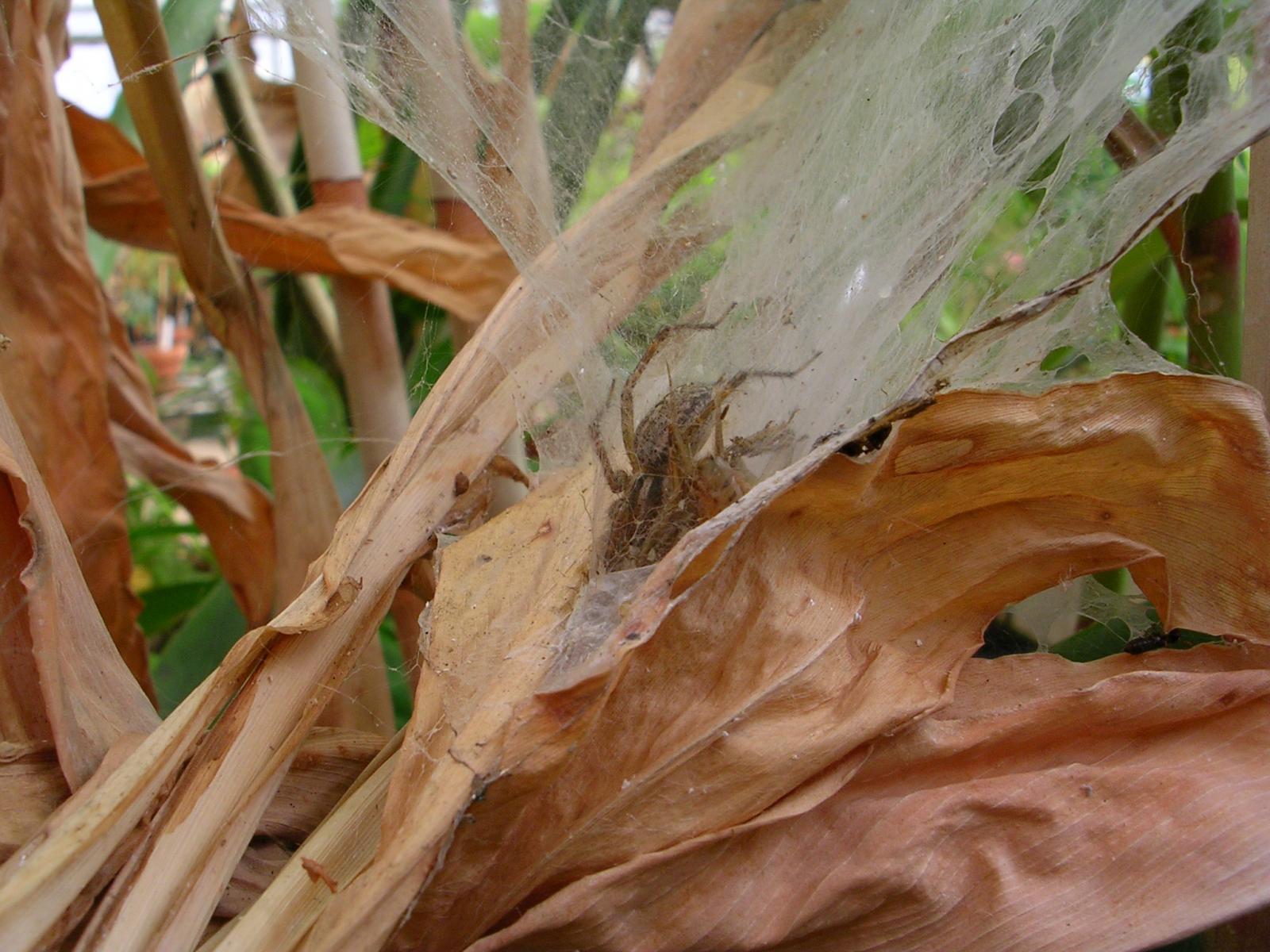 This is a tiny spider that looks similar to a small ant.  I have only started noticing them in the area since 2015.  My first encounter was near an ant colony.  This one just did not look like the other ants in its movements.  When I took a closer look, I recognized the difference in body structure.  Since in2017, I am finding them in many locations around my home and campus as well as in the greenhouse.  A quick search indicates that there are only 3 species identified in the US at this time.  They are grouped with the jumping spider family.  They seem to like the rounded over edges of plastic flower pots where you can find multiple, white web shelters.  If you pole at them litely, a spider will sometimes emerge. 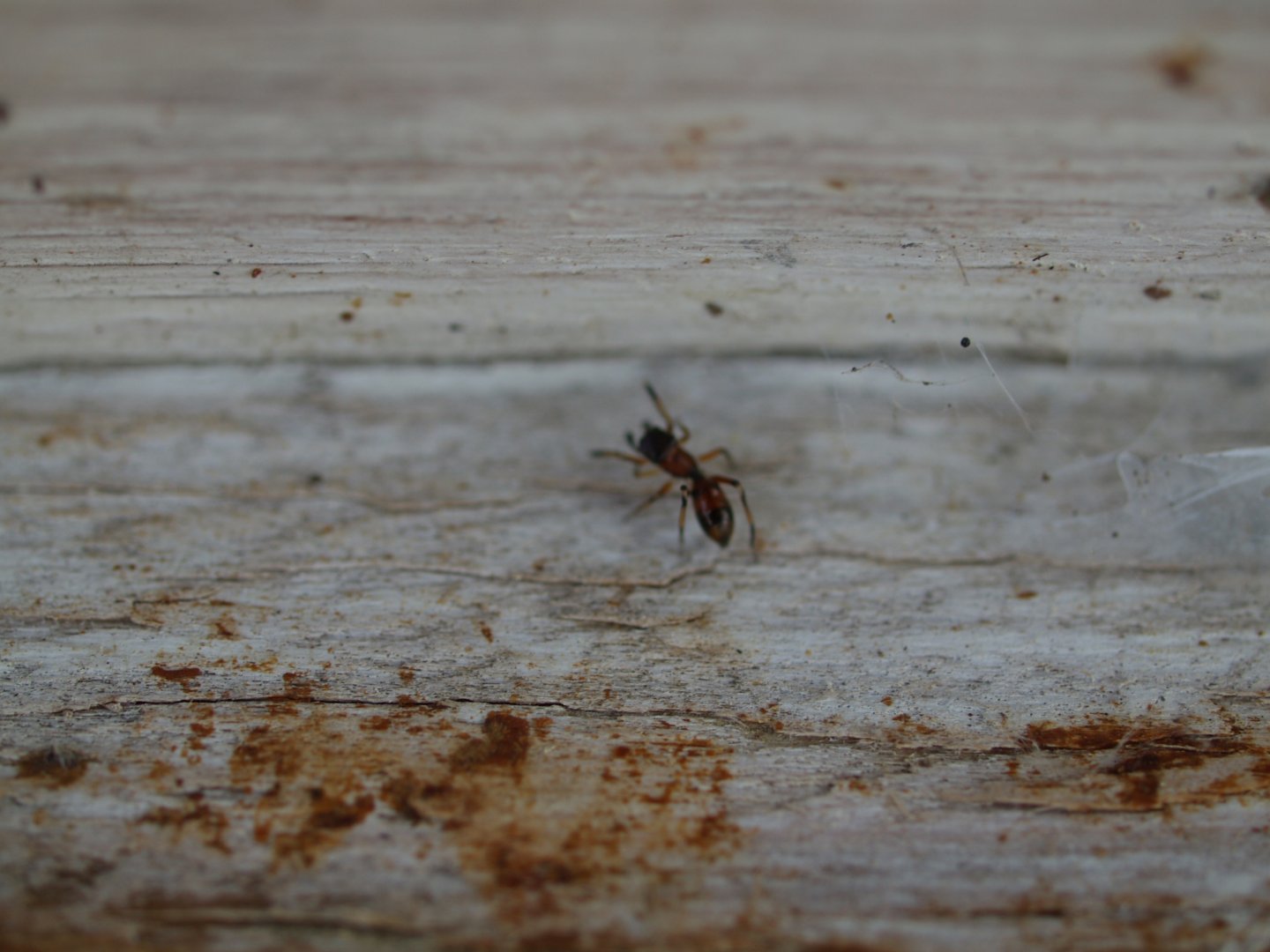 Wolf spiders are one of the largest spiders found in Livingston county.  The body can be 3/4 to 1 inch in length. With the legs extended, it could cover close to two inches.  There are several species and not all get to that size.  They are hunters which actively look for food instead of relying on a web.

The female carries the eggs with her in a silk sphere.  As you can see, it is relatively large compared to the size of the spider. When the eggs hatch, they hitch a ride on the mother for several weeks - probably until the first molt. 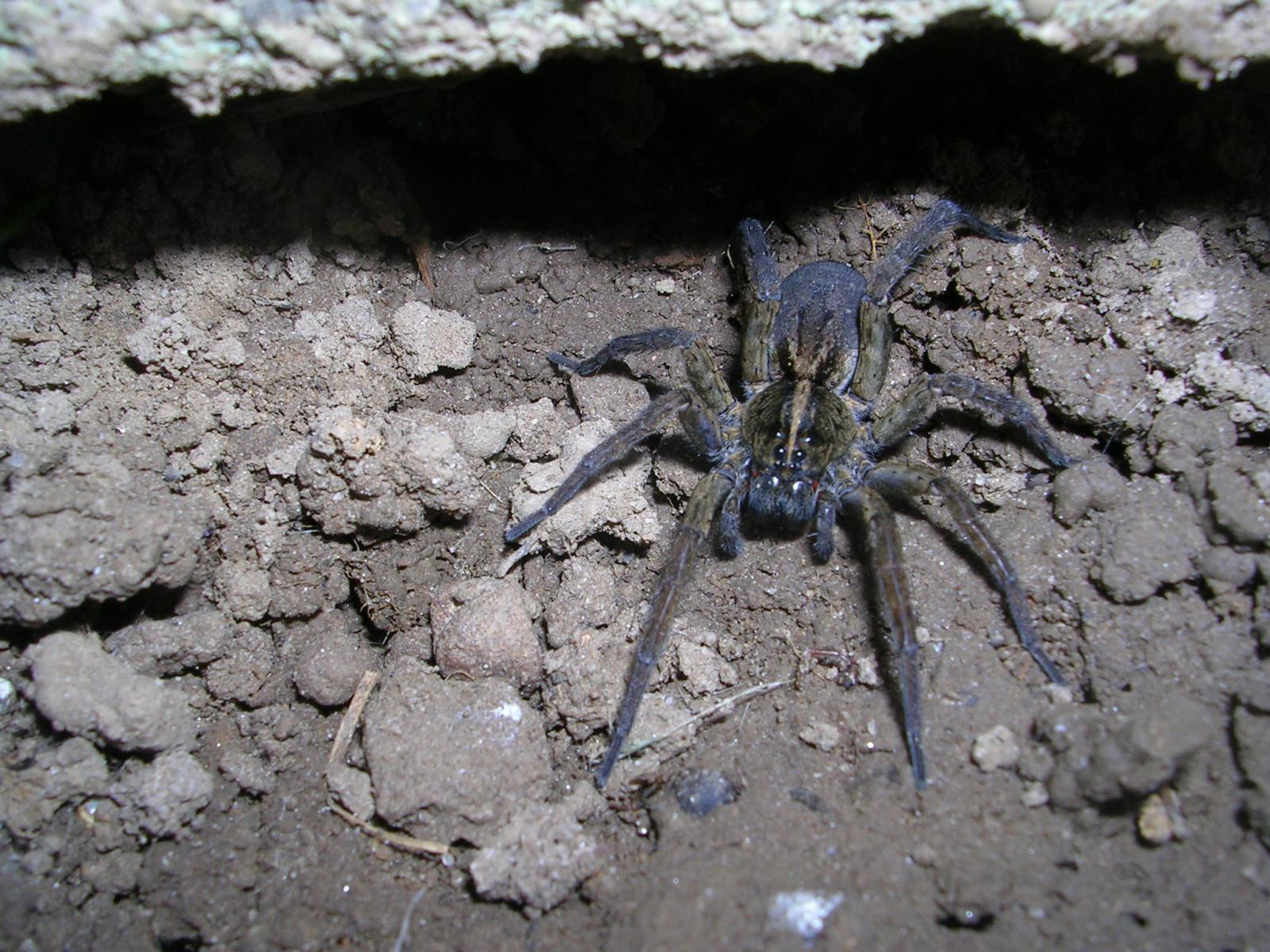 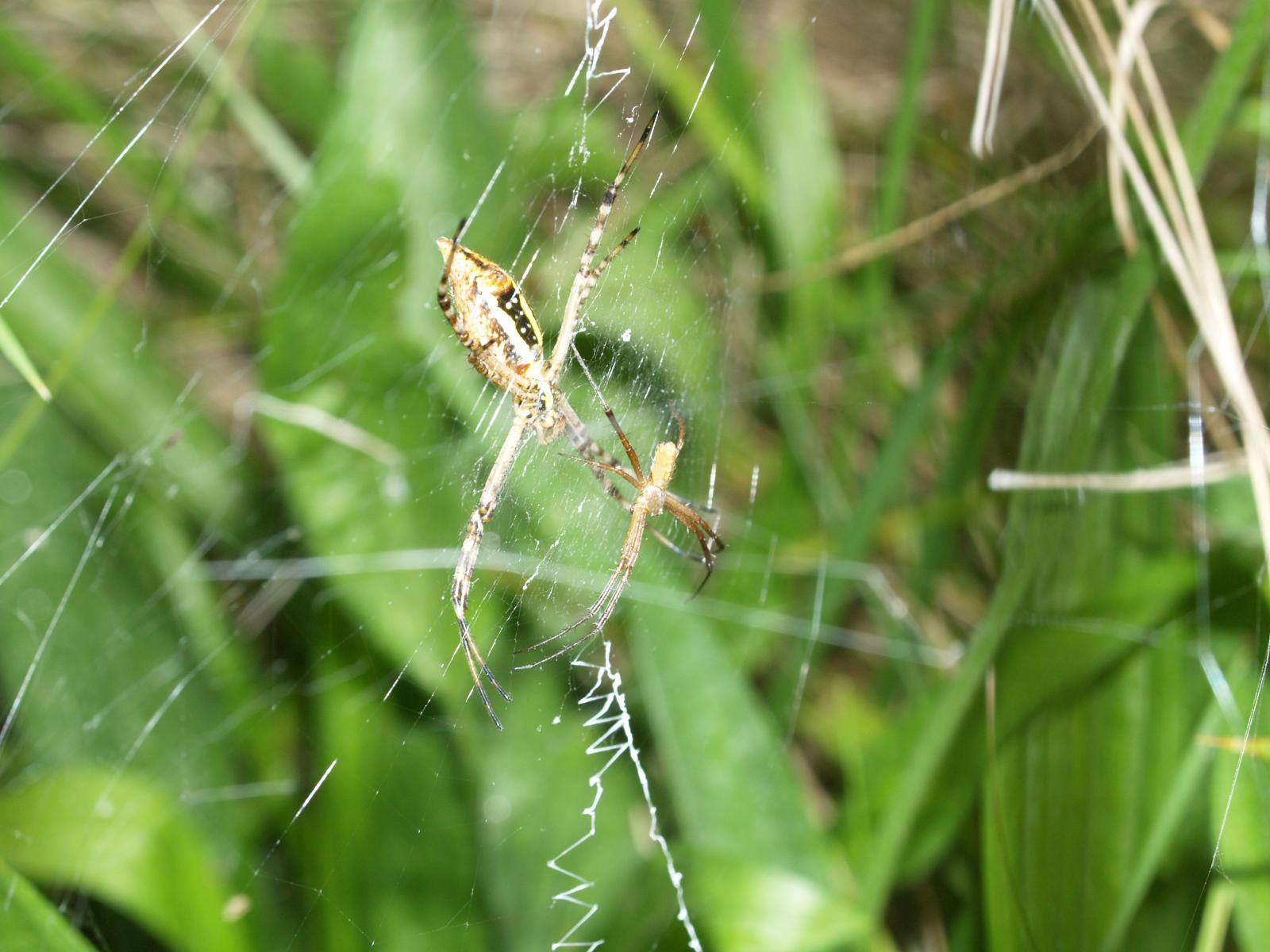 There are two large, colorful orb spiders which can be found in this area. The first one is Argiope trifasciata. Depending on where they place the web, it can be 2 feet or more across. Here you can see a male approaching the female.  I saw 6 males near two female webs during August.  This picture was taken 08/18/10.  A week later, after a heavy rain, all the males were gone. 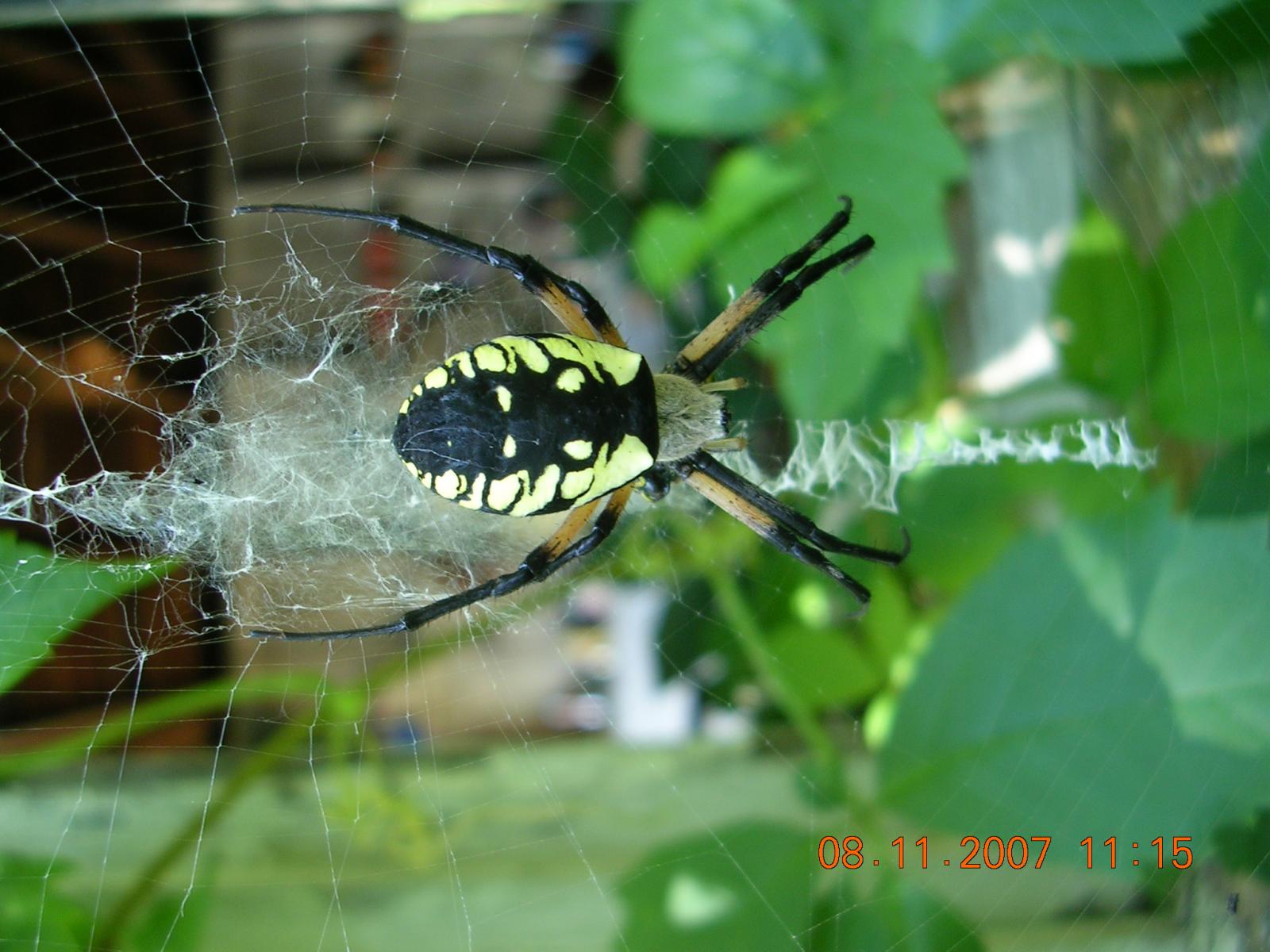 This is Argiope aurantia. I several in my yard each year since 2008 when I started to leave some areas unmowed .  Since then, A. trifasciata has dominated since 2010.