Herpetology covers amphibians and reptiles.  I was introduced to garter snakes at a very young age and did not run away screaming so my family figured I would be bringing home lots of wildlife.   A few primary school teachers became persistent at checking me at the door when they saw me coming in last after recess from the nearby pond.  I would be asked to show them what I had in my hands and pockets and sent back to release whatever it was regardless of my justifications for keeping it for show and tell.  I was a resource in 10th grade biology. 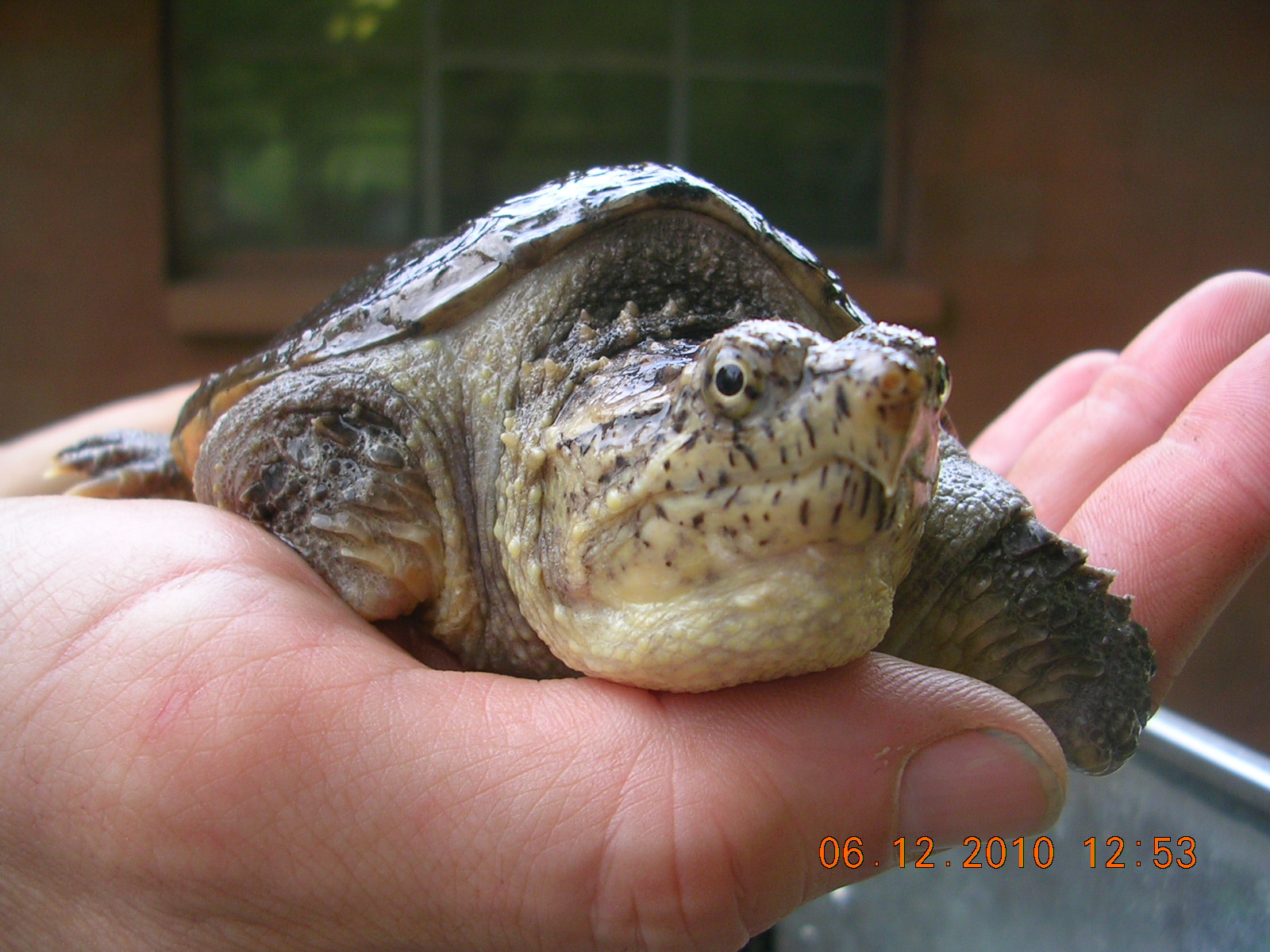 This turtle is about 6 years old now.  We got him as a hatchling.  It is a surprisingly calm animal.  It only attempts to bite me when I take it out of its aquarium. 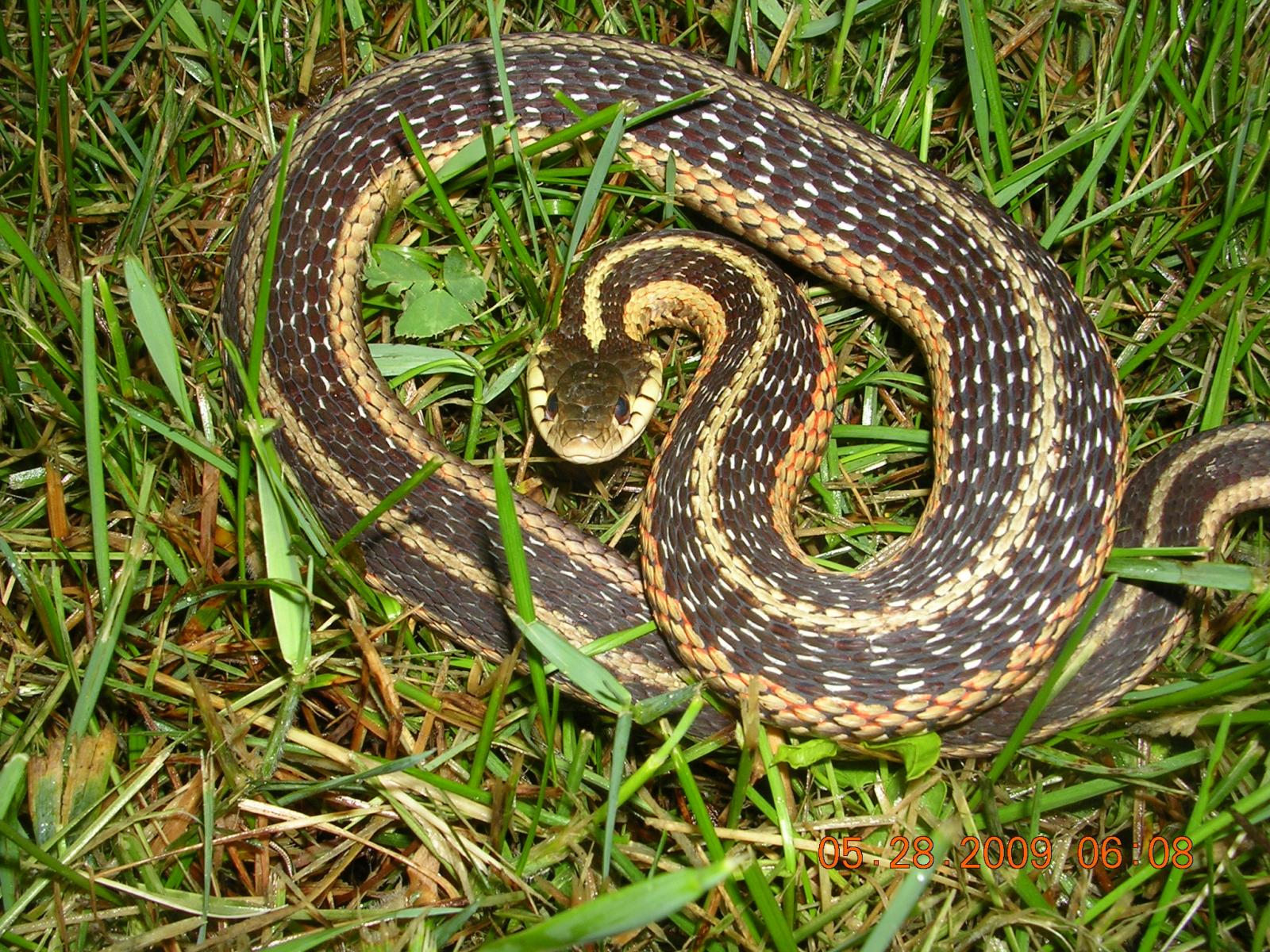 The image shows the defensive posture a garter snake will take when cornered.  It flattens its body and head to appear larger than normal.  In this pose, it will strike and bite.  Though it has no fangs, the teeth are sharp and will draw blood.  Some research now indicates that the saliva may be slightly toxic to some prey. 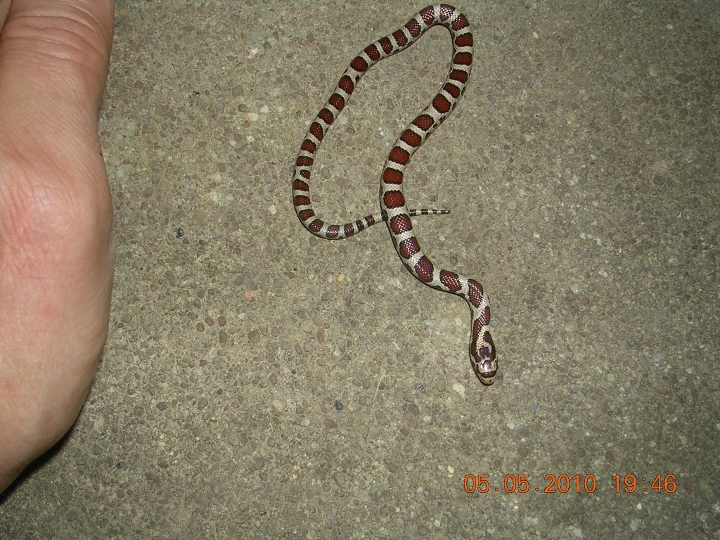 Here is a baby milk snake.  You can get an idea of its size from part of my hand on the left.   In my area, they seem to be feeding on garter snakes but I have yet to see what a baby like this could eat.  A baby garter snake is almost the same size. 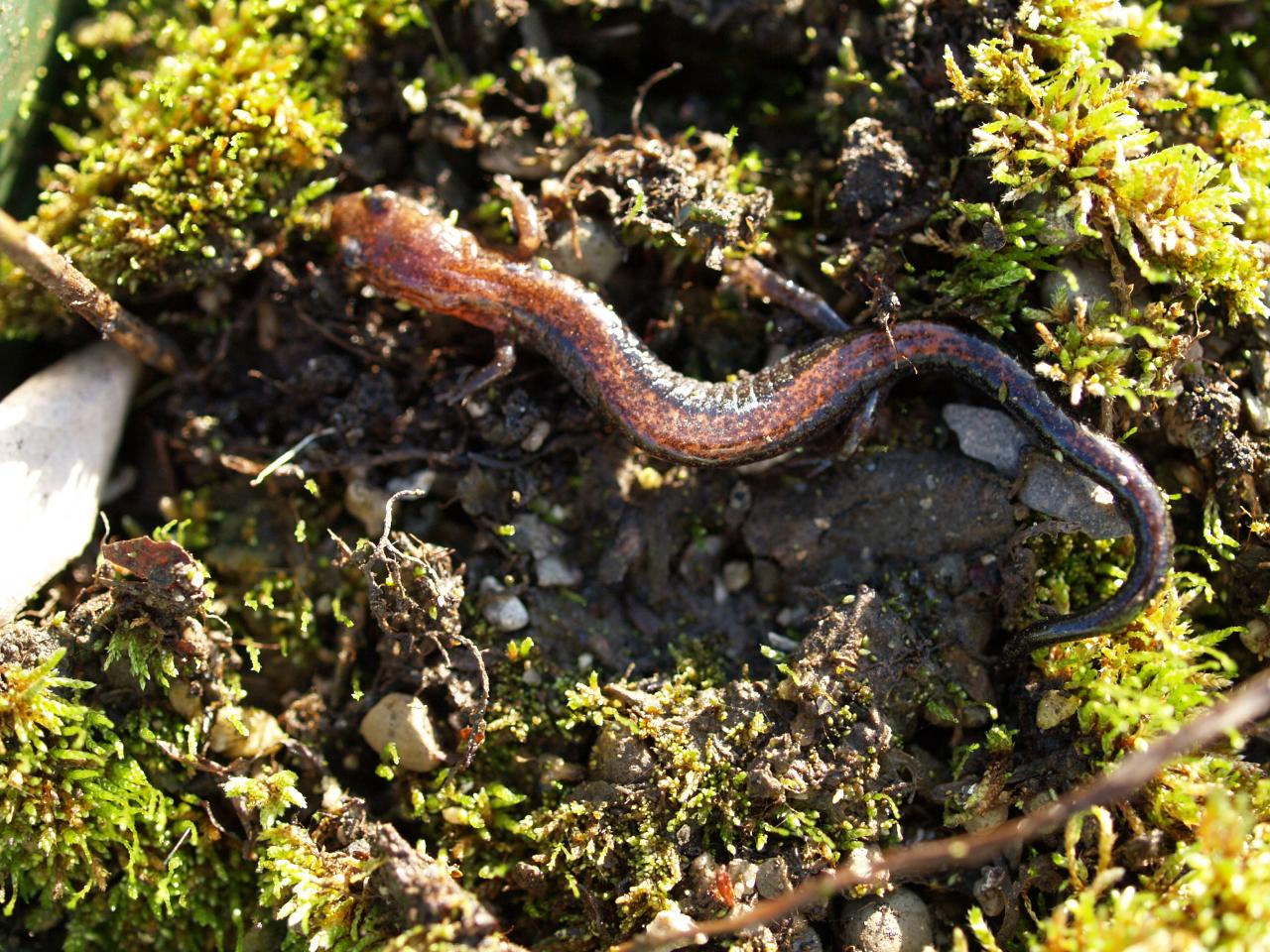 The salamander represents a group of salamanders which do not have lungs.  They are two to three inches long as adults and may live to be 20 years old.  They rely on capillaries in moist skin to obtain oxygen by diffusion.  The female deposits her eggs on land in moist areas in the Spring and guards them until they hatch.  There is no aquatic stage in its development. 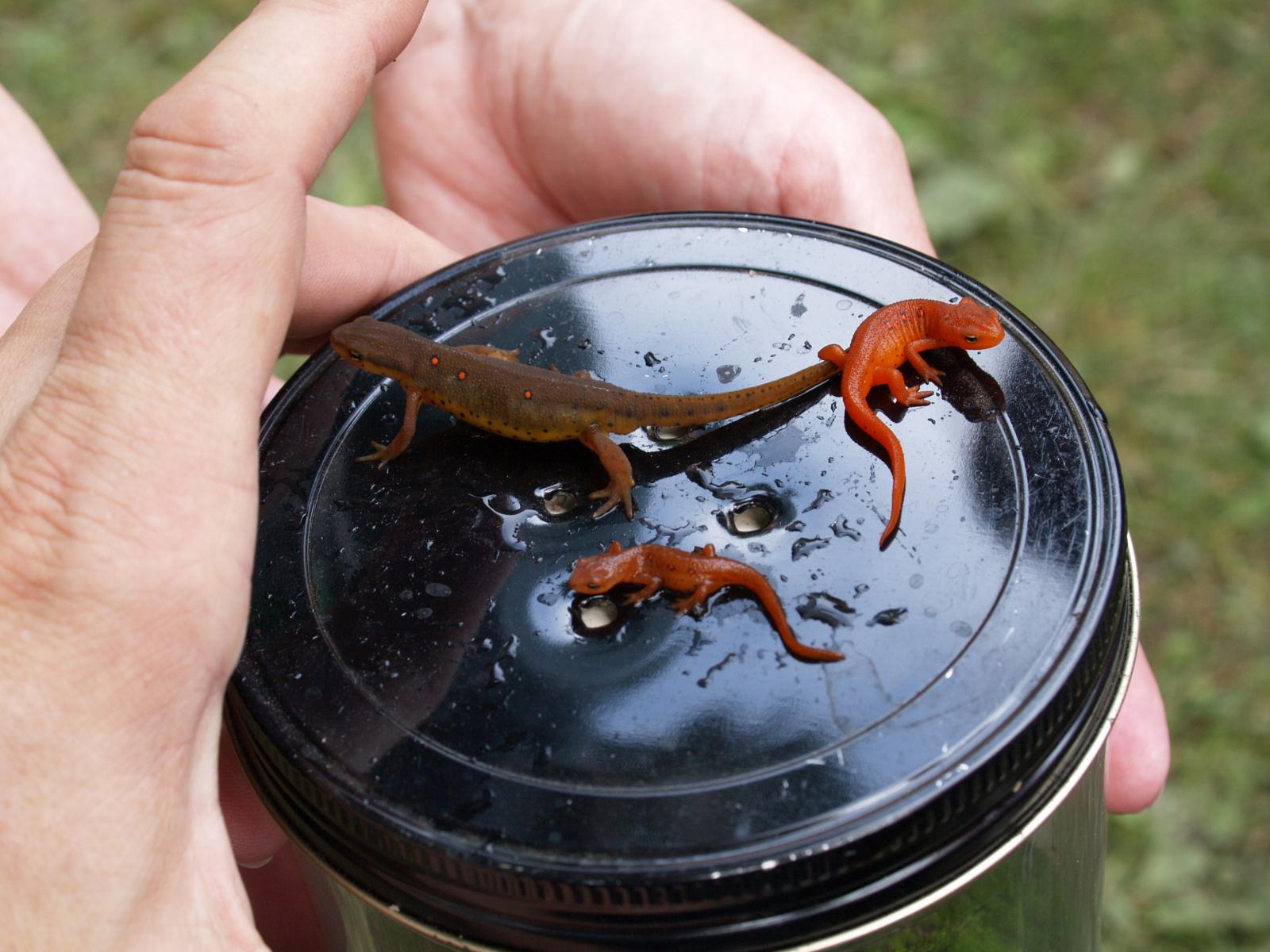 Several people have these in their ponds in Livingston county.  Their skin is toxic to most predators which might attempt to eat them.  The orange colored individuals are juveniles which spend one or more years on land.  The olive green adults return to the water and remain aquatic. 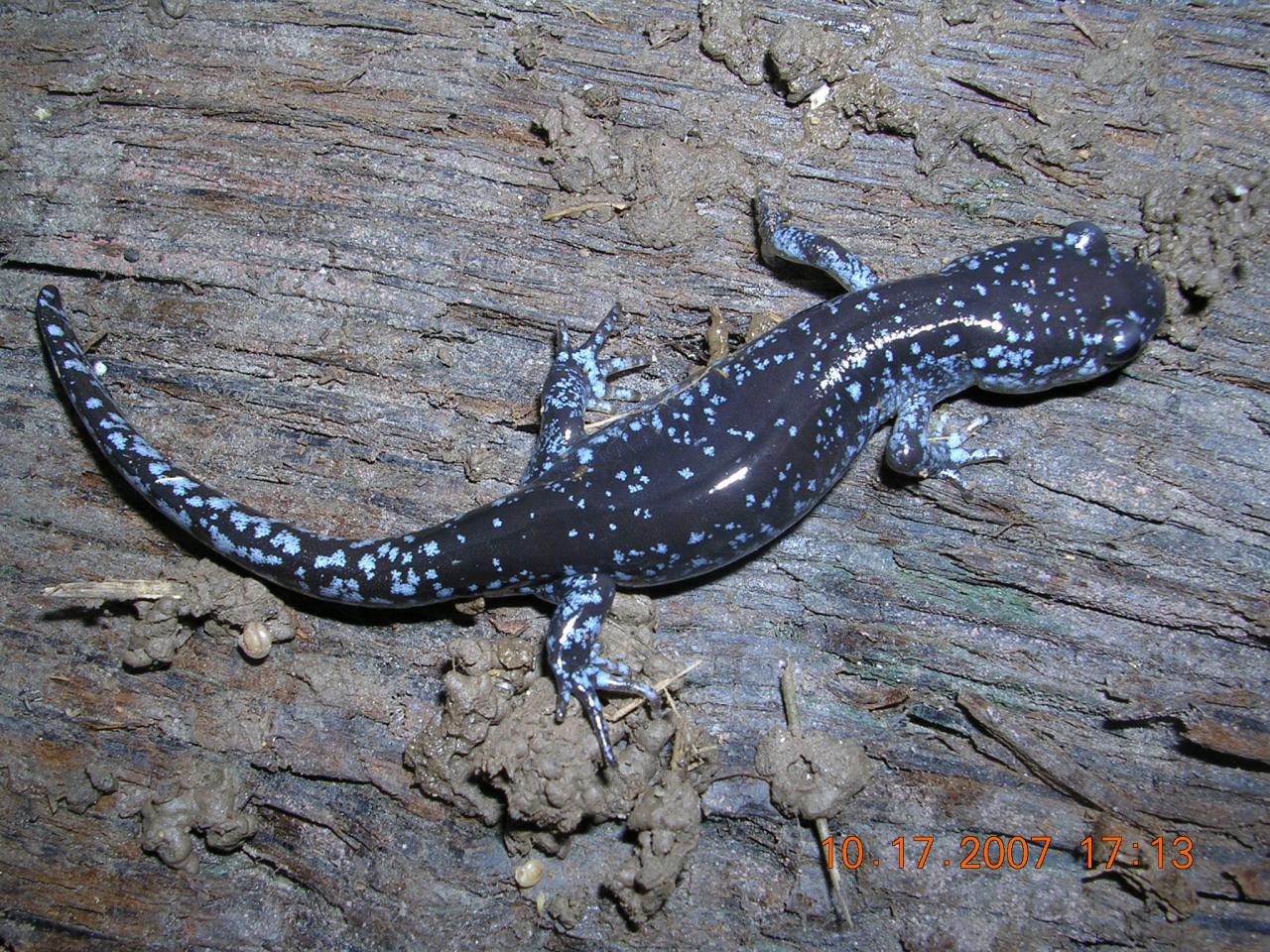 The amphibian can be 5 inches long with blue specs on its body.  It is much heavier than the red back.  It returns to water to breed.  Tadpoles emerge from the eggs and go through a metamorphosis similar to frogs. 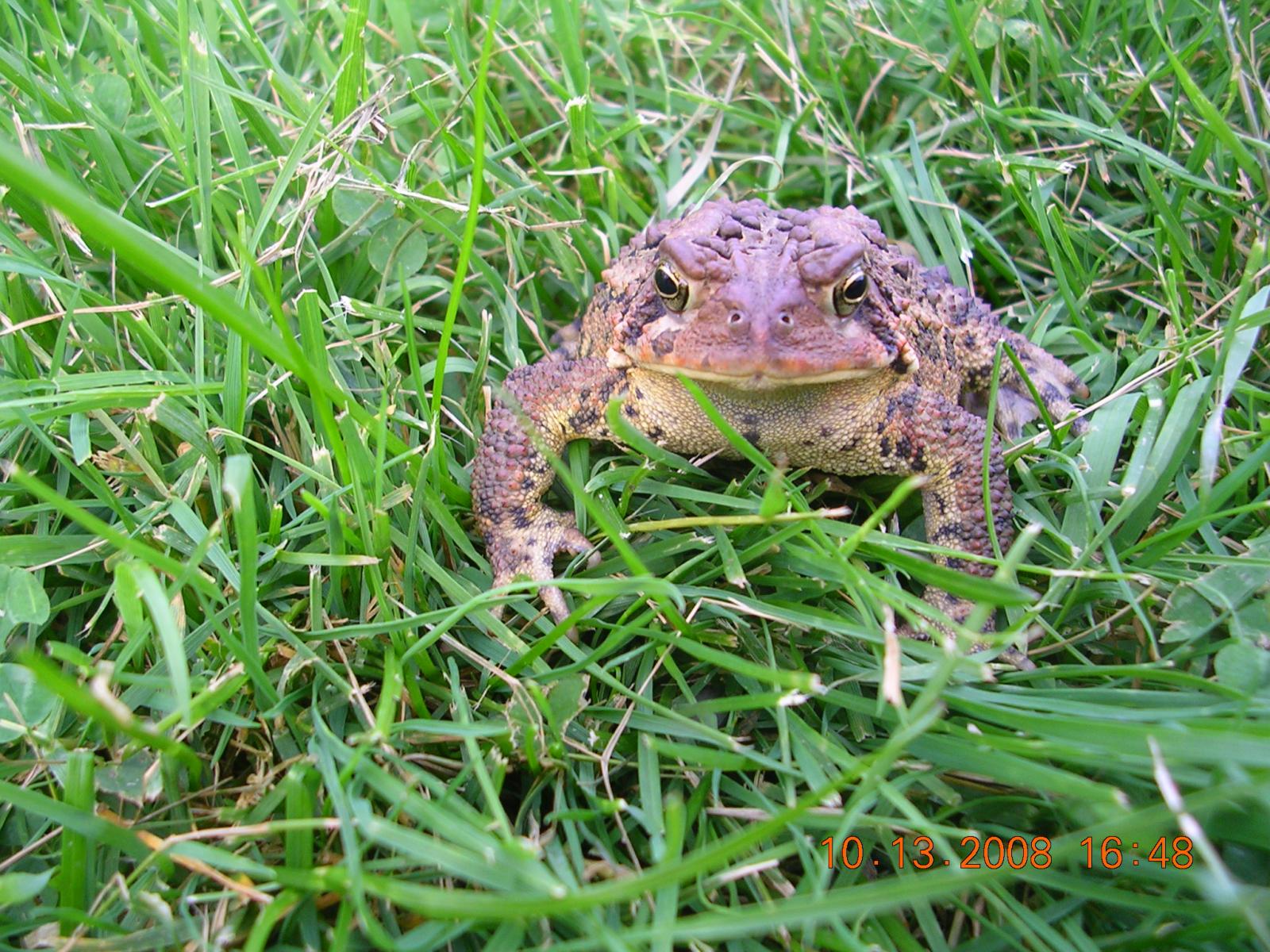 This toad is common in my yard and garden.  They hang out at night under the light on my garage where they feed on insects.  They will eat almost anything moving and small enough to fit in the mouth. 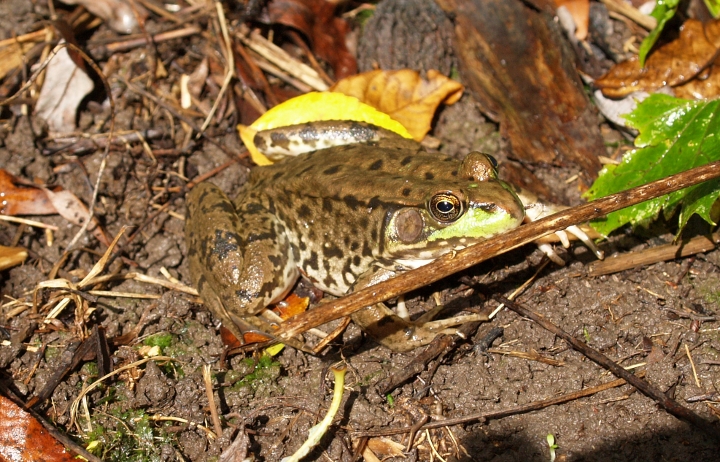 The green frog is slightly larger than the leopard frog and smaller than a bullfrog.  Occasionally I find juveniles in my yard at night in late Summer and early Fall.  It is too dry for them during the day.