Please note: some speakers have been postponed during the COVID-19 pandemic.

The mission of SUNY Geneseo is to combine a rigorous curriculum and a rich co-curricular life in order to create a learning-centered environment. It is this marriage of academics and campus life that has propelled Geneseo to be a nationally-recognized public liberal arts college.

The All-College Hour Speaker Series provides integrative opportunities for the campus community to come together to engage in learning that promotes cognitive, emotional, and civic development. The topics of the series are intended to challenge thinking, spur self-reflection, encourage civil discourse, and promote social responsibility. The series is sponsored by Student and Campus Life. All sessions take place during the All-College Hour (2:30 PM-3:45 PM). 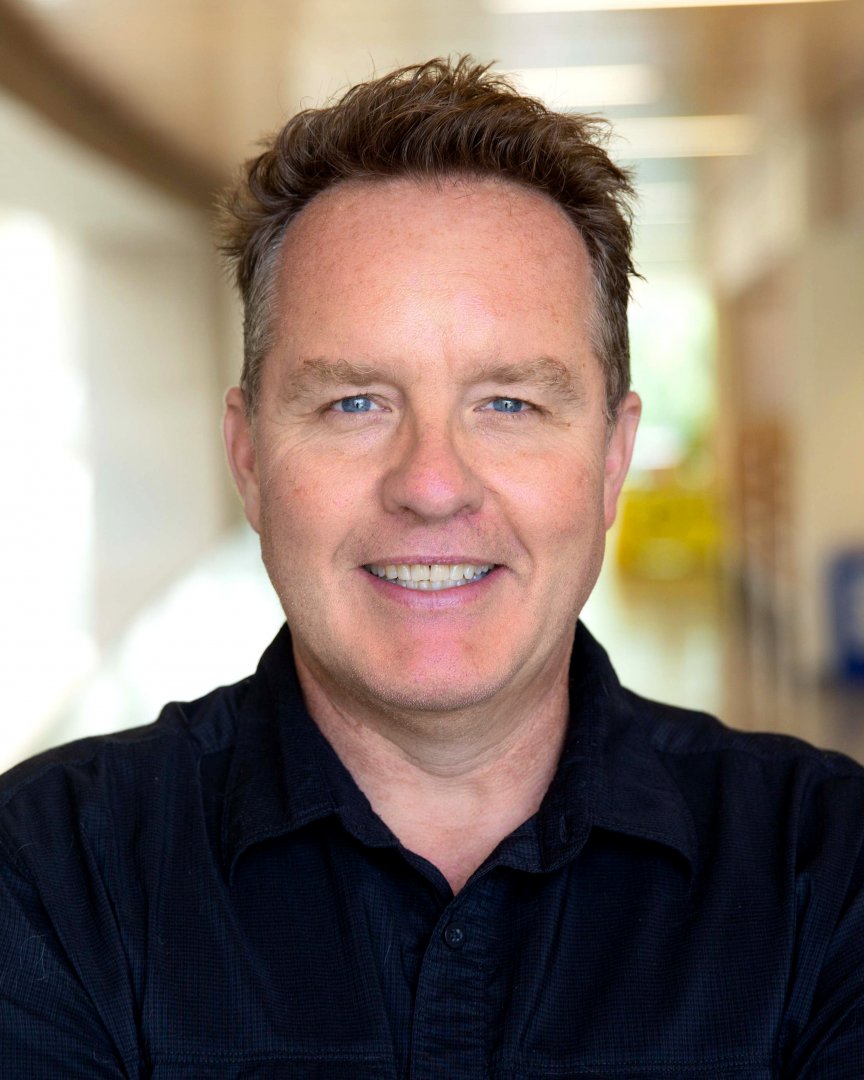 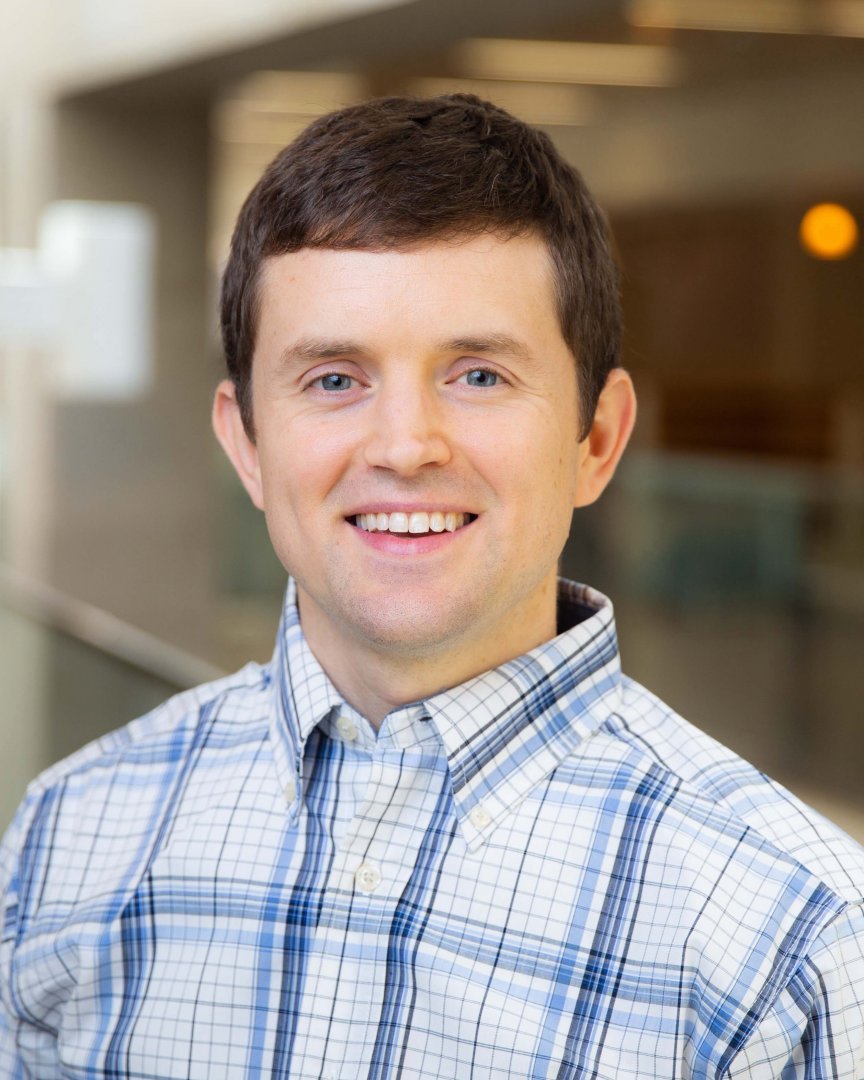 “The Genesee Oaks: Seneca, the Environment, and Oak Forests Past and Present.”

Professor of Geography Dr. David Robertson is a cultural and historical geographer whose research centers on understanding landscape change and its cultural implications. He teaches introductory and advanced courses in Geography and Environmental Studies and he is a study abroad instructor. 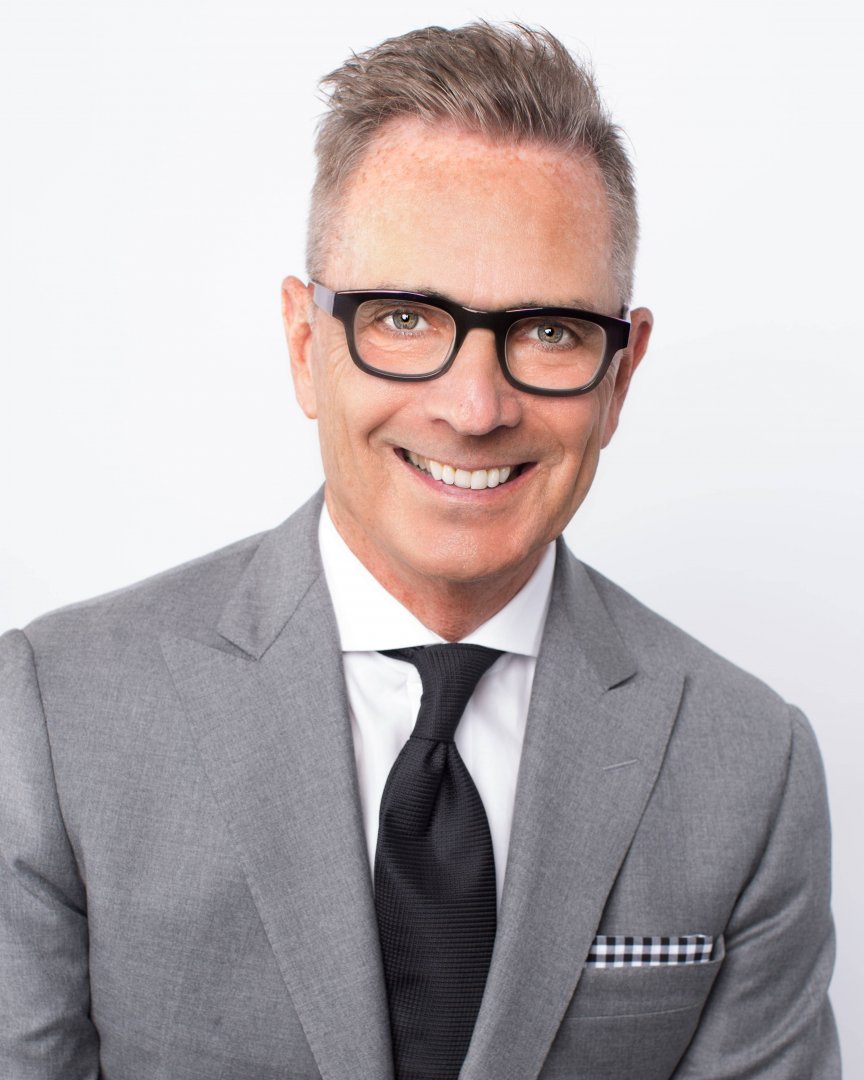 Bruce Himelstein is the Ritz-Carlton executive who transformed
customer service for one of the world's most recognizable luxury
brands, as featured prominently in the New York Times bestseller, The New Gold Standard.

Bruce Himelstein is credited with leading some of the travel and
hospitality industry’s most prestigious domestic and global brands during a 30+ year illustrious career setting the global standards in hospitality, marketing, and C-level executive management.
Successful at every level of his career, Bruce Himelstein now helps growing and established businesses achieve new levels of success as a marketing, hospitality industry, and luxury brand consultant, as well as a business facilitator. 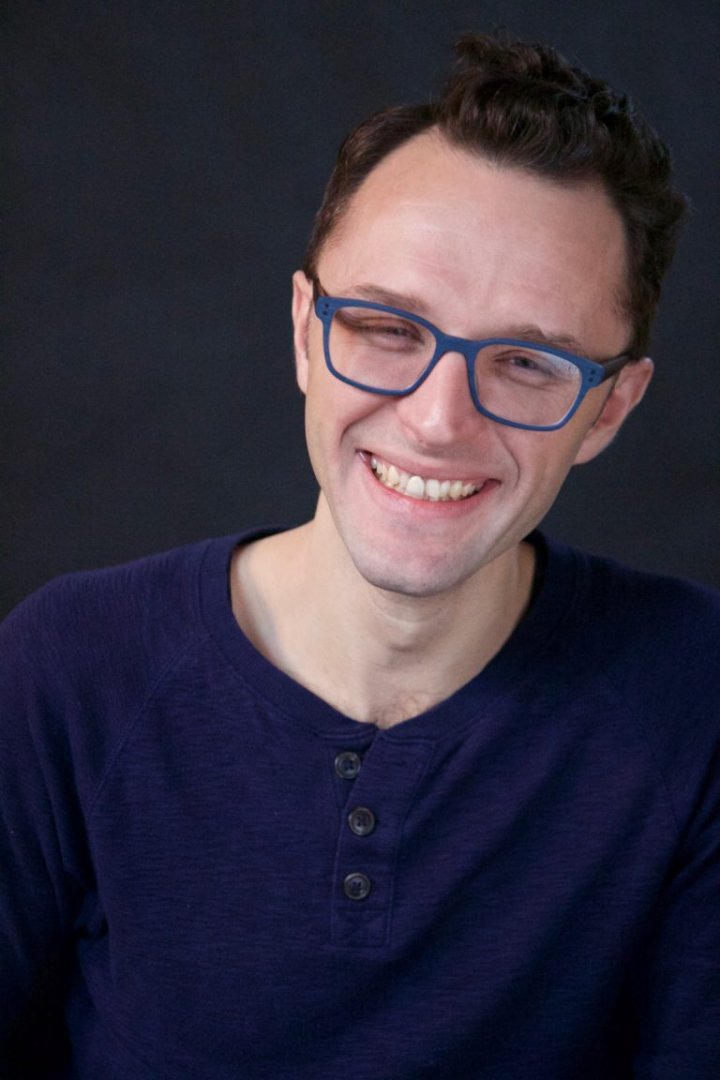 Josh is a theatre artist specializing in physical performance, improvisation, and puppetry. He relocated to his hometown of Perry, New York after being awarded a Wyoming County Rural Arts Initiative Grant. Through that grant, he produced and founded the New York State Puppetry Festival and opened Theatre@37 in an abandoned Main Street storefront. Past SOTL credits include Mercutio in 2017’s Romeo & Juliet; Puck in 2014’s A Midsummer Night’s Dream; and he directed 2017’s puppet-infused adaptation of A Christmas Carol. Josh was a puppeteer in Dan Hurlin's Demolishing Everything With Amazing Speed at the Holland Festival, Bard Summerscape, and the American Dance Institute. He was also the head puppeteer, assistant director, and builder on Shank’s Mare, a collaboration between Tom Lee and fifth-generation Japanese Puppet Master, Koryu Nishikawa V (Hawaiian Tour, Japan Tour, U.S. Tour, La MaMa ETC, & Ringling International Arts Festival); Petrushka with the NY Philharmonic Orchestra (The Barbican); The Scarlet Ibis (HERE Prototype Festival); Janie Geiser’s Reptile Under the Flowers at St. Ann’s Warehouse; and his own original work, The Marooned at New York State Puppet Festival & Dixon Place; The VaudeVillains and Composite Portrait at La MaMa; The Tempest, directed at Shake on the Lake and Sarah Lawrence College.

He is a Teaching Artist with the New Victory Theater, Young Audiences of Western New York, and Adjunct Theatre Faculty with Pace University, where he founded the Pace Performance Series and the Pace Devised Theatre Festival, and toured the devised ensemble piece, Should I Kill Myself or Have a Cup of Coffee? with his students to the Barcelona Institute of the Arts, where he also co-directed the devised piece, 7 Floors.

He co-taught Culturehub with Tom Lee and Jeanette Yew, a puppetry and media class taught via telepresence with the Seoul Institute of the Arts at Sarah Lawrence College and CultureHub NYC. Josh and his projects have received NYSCA funding from 2012-2018, he was a 2015 Artist In Residency with Sagafest in Iceland where he developed his puppetry installation, Tiny Vikings; he had a 2015 Celebration Barn Theater Arts Incubator Residency; a 2015 Regional Economic Development Council Grant; a 2015 Seniors Partnering with Artists Citywide (SPARC) Grant from the NYC Dept. of Cultural Affairs for his puppet project, Suspicious Shadows; and was awarded a 2014 Creative Community Fellowship with National Arts Strategies for his work as Founder and Director of the Mnemonic Theatre Project, his puppetry program with seniors living with Alzheimer’s and Dementia, that was featured on the PBS documentary series, Visionaries. 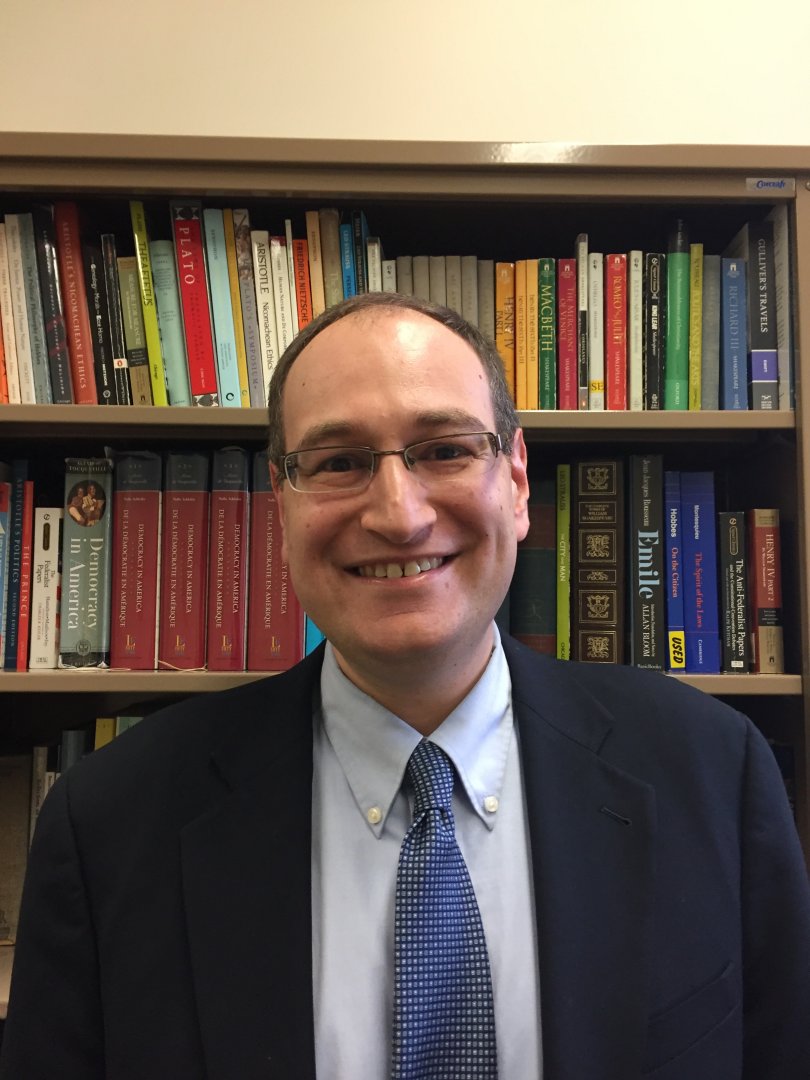 Free Speech and the Modern University

Aaron Herold is an Assistant Professor in the Department of Political Science and International Relations. He teaches courses on political theory, constitutional law, and judicial politics. His research focuses on the American constitutional tradition, the political philosophy of the liberal Enlightenment, and the thought of Alexis de Tocqueville—especially as these pertain to questions about the public role of religion and the separation of church and state. He has recently completed a book manuscript on the contributions of Spinoza and Tocqueville to our ongoing debates about religion’s place in public life. His work has appeared in The American Political Science Review, Political Research Quarterly, and The Review of Politics. Prior to coming to SUNY Geneseo, he taught at Boston College, Rhodes College, the University of Richmond, and the College of the Holy Cross. He has a B.A. from Emory University, an M.A. from the University of Toronto, and a Ph.D. from the University of Texas at Austin.

Cerebrodiversity and the science of the reading brain: Implications for dyslexia

Annmarie Urso is an associate professor at the Ella Cline Shear School of Education. She has been continuously involved in education as a student, teacher, or professor since 1967. Urso earned her doctorate at the University of Arizona in Special Education: Learning Disabilities and Assessment, with a minor in Teacher Preparation for Culturally and Linguistically Diverse Learners. Her research interests include cognitive profiles of students with dyslexia and effective interventions for students with the most difficult to remediate reading and writing difficulties. 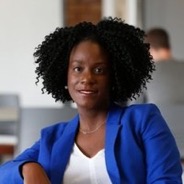 Aisha attended The State University at Geneseo where she graduated with a Bachelors of Arts degree in Sociology. While attending Geneseo, she was very active by participating with the Black Student Union, Hispanos Unidos en Geneseo, and becoming a resident assistant. As an RA, Aisha received the Diversity and Inclusion Leadership Award. After graduating, she moved back to Rochester and began working for JP Morgan Chase as a Consumer Loan Processor. Not too long after, Aisha fell extremely ill in 2003 and soon after received a life-saving heart transplant, which led her to develop skills as an inspirational speaker, and an advocate for organ donation.

In 2011, Aisha completed her Master’s degree in Communication and Media Technologies at the Rochester Institute of Technology. More recently, she graduated with her doctorate in Communication from The State University of New York at Buffalo, where she currently teaches as a Clinical Assistant Professor. Her research interests include health communication, business communication, and health literacy. I know that once you hear her speak, you will understand the strength, courage, and character that Aisha brings to every aspect of her life. 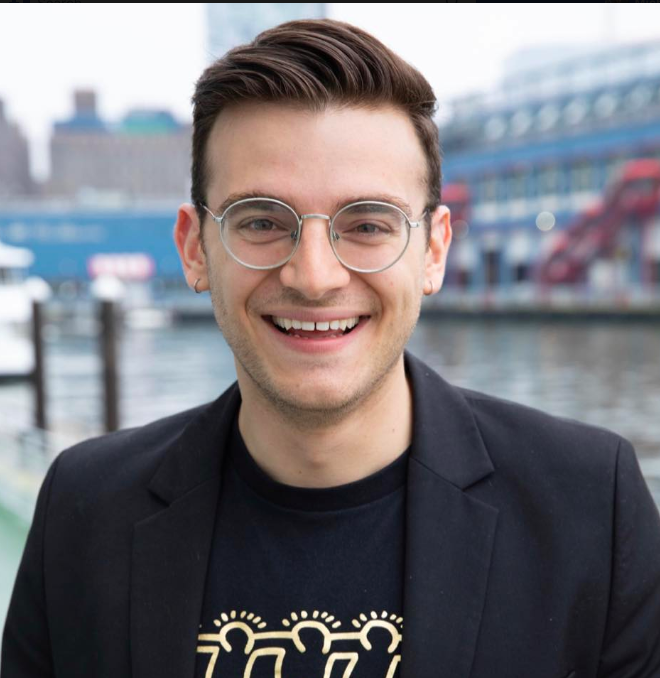 Michael Venturiello is a New York City historian, writer, educator, and proud Geneseo alumnus of 2013. He is the founder of Christopher Street Tours in New York City, an LGBTQ owned and operated walking tour company that focuses solely on LGBTQ history. The mission of Christopher Street Tours is to share stories and uplift voices from those who paved the way before us. Michael believes in access to this important history, providing free tours to LGBTQ youth and offering tours all year round.

He has been featured as one of FindSpark’s “Top LGBTQ+ Influencers & Thought Leaders Transforming the Workplace Through Innovation and Impact.” He was also included in Eventbrite’s “Five to Follow: LGBTQIA+ Event Organizers in NYC for Pride and Beyond.”

This year, in honor of the 50th anniversary of the Stonewall Uprising, he was granted a foundation scholarship from the International LGBT Travel Association for his work with Christopher Street Tours. Michael has also been featured on PrideOut.Com, Metrosource magazine, and Attitude magazine, and has worked with various organizations to provide tours, including HBO, Verizon, PayPal, New York University, and Teach for America.

Michael’s tours have reached LGBTQ+ folks across 25 states and over 50 countries. In addition to LGBTQ history, Michael also enjoys writing in small cafes around New York City, and is currently working on a novel about the Stonewall Uprising. 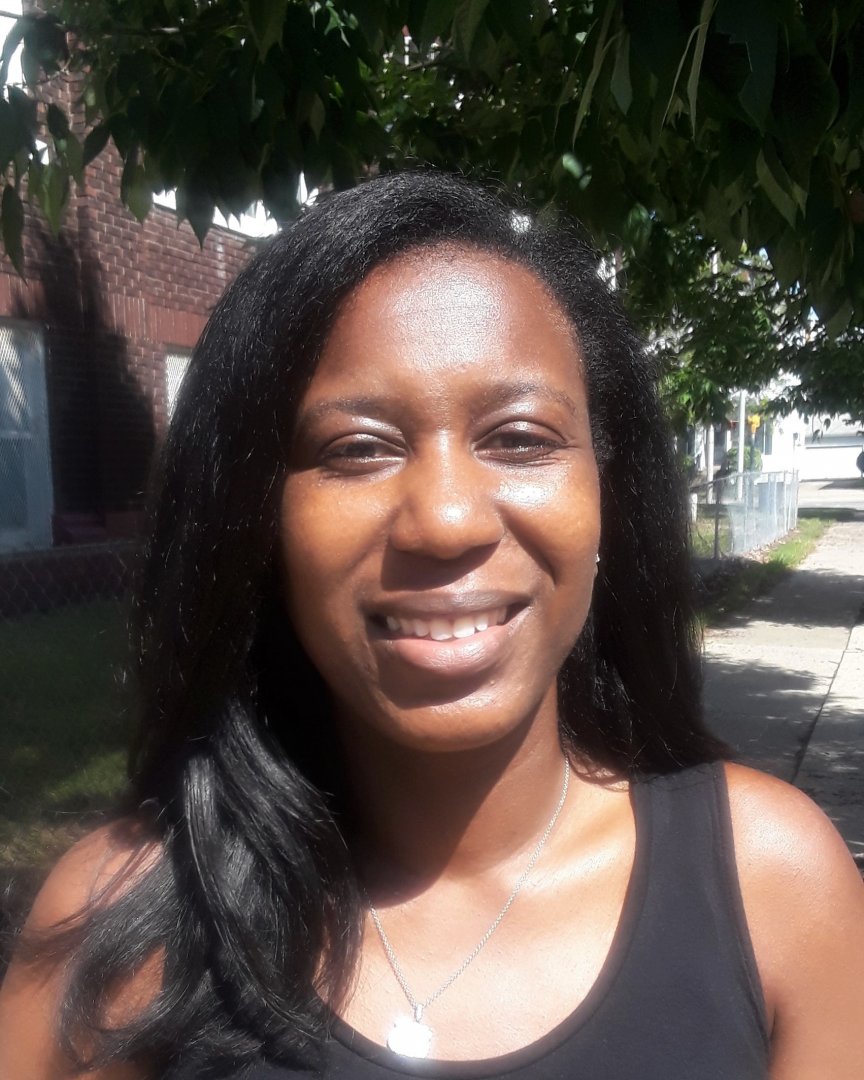 Brandy Loveland, LMSW is the Director of Community Engagement at Erie County Restorative Justice Coalition. In this position, she has worked to promote and advocate for justice, empowerment, equality, as well as Restorative Practices in the Buffalo School District, as it is stated in their code of conduct. She has led holistic after school programming in community schools and community centers, partnered with local, police, non-profits, agencies, colleges, and block clubs to promote restorative practices to strengthen those communities and offer community conferencing. Through these partnerships, and community need, Ms. Loveland had also developed community programs, such as the H.O.P.E. Leadership Academy and Summit and Buffalo's Children's Business FAir Prior to her position with ECRJC, she has worked as a social worker with Baker Victory Services, specializing in services dealing with and advocating for traumatized youth and youth in foster care and their families. She has also worked closely with families connected with the Erie County Department of Social Services, the DDSO, and DJJOY. Mrs. Loveland has also worked with YWCA for homeless families and families looking to escape domestic violence, and the Salvation Army, working with PINS youth and runaway youth.