A display and summary of written works from many genres collectively representing a wide variety of LGBTQ+ identities with an emphasis on characters who are queer, trans, and/or youth of color. 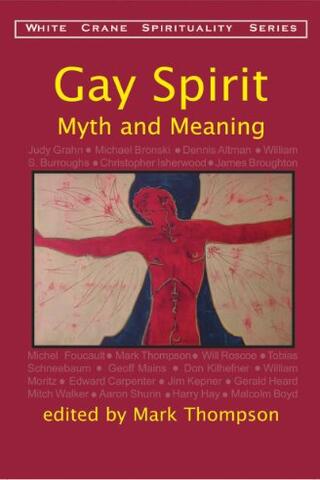 Gay Spirit, the psychic and creative energies generated by people we now call gay, has always existed on the outer shores of our culture's collective consciousness. In the past, gay people were labeled heretics, perversions of nature, or categorized pseudo-scientifically. Gay people lived on the edge of the global village or worked within its mainstream in denial and disguise. But today that spirit has re-emerged and lives among us.
This book of essays explores the possibilities of that spirit—suggesting ways in which gay people might find a place and purpose in human culture unique to themselves, departing with the questions asked nearly forty years ago by the Mattachine Society: Who are we? Where have we come from? Why are we here? 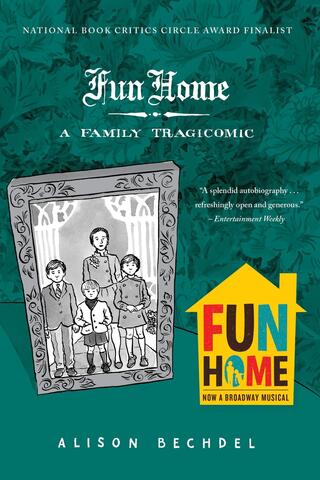 A fresh and brilliantly told memoir from a cult favorite comic artist, marked by gothic twists, a family funeral home, sexual angst, and great books. This breakout book by Alison Bechdel is a darkly funny family tale, pitch-perfectly illustrated with Bechdel's sweetly gothic drawings. Like Marjane Satrapi's Persepolis, it's a story exhilaratingly suited to graphic memoir form.
Meet Alison's father, a historic preservation expert and obsessive restorer of the family's Victorian home, a third-generation funeral home director, a high school English teacher, an icily distant parent, and a closeted homosexual who, as it turns out, is involved with his male students and a family babysitter. Through narrative that is alternately heartbreaking and fiercely funny, we are drawn into a daughter's complex yearning for her father. And yet, apart from assigned stints dusting caskets at the family-owned "fun home," as Alison and her brothers call it, the relationship achieves its most intimate expression through the shared code of books. When Alison comes out as homosexual herself in late adolescence, the denouement is swift, graphic -- and redemptive. 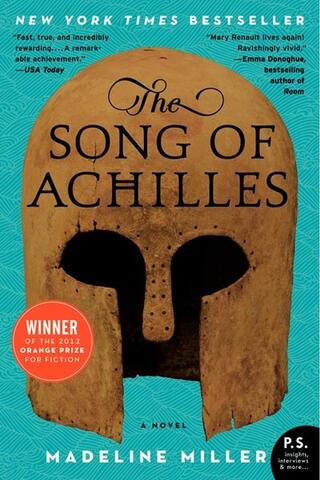 A tale of gods, kings, immortal fame, and the human heart, The Song of Achilles is a dazzling literary feat that brilliantly re-imagines Homer’s enduring masterwork, The Iliad. An action-packed adventure, an epic love story, a marvelously conceived and executed page-turner, Miller’s monumental debut novel has already earned resounding acclaim from some of contemporary fiction’s brightest lights—and fans of Mary Renault, Bernard Cornwell, Steven Pressfield, and Colleen McCullough’s Masters of Rome series will delight in this unforgettable journey back to ancient Greece in the Age of Heroes. 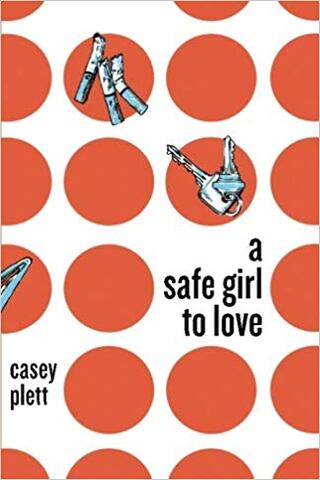 Eleven unique short stories that stretch from a rural Canadian Mennonite town to a hipster gay bar in Brooklyn, featuring young trans women stumbling through loss, sex, harassment, and love. These stories, shiny with whiskey and prairie sunsets, rattling subways and neglected cats, show growing up as a trans girl can be charming, funny, frustrating, or sad, but never will it be predictable. 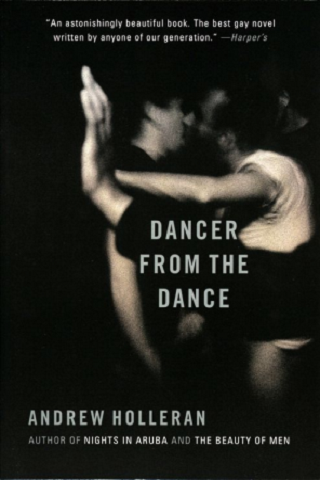 One of the most important works of gay literature, this haunting, brilliant novel is a seriocomic remembrance of things past — and still poignantly present. It depicts the adventures of
Malone, a beautiful young man searching for love amid New York's emerging gay scene. From Manhattan's Everard Baths and after-hours discos to Fire Island's deserted parks and lavish orgies, Malone looks high and low for meaningful companionship. The person he finds is Sutherland, a campy quintessential queen — and one of the most memorable literary creations of
contemporary fiction. Hilarious, witty, and ultimately heartbreaking, Dancer from the Dance is truthful, provocative, outrageous fiction told in a voice as close to laughter as to tears. 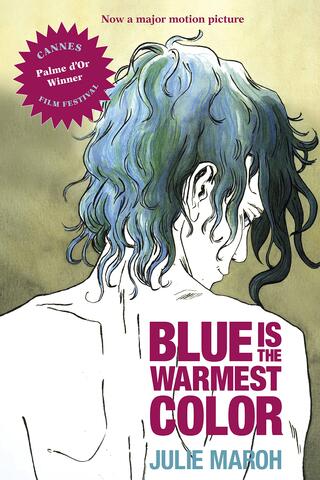 In this tender, bittersweet, full-color graphic novel, a young woman named Clementine discovers herself and the elusive magic of love when she meets a confident blue-haired girl named Emma: a lesbian love story for the ages that bristles with the energy of youth and rebellion and the eternal light of desire.First published in France by Glénat, the book has won several awards, including the Audience Prize at the Angoulême International Comics Festival, Europe's largest.
The live-action, French-language film version of the book, entitled Blue Is the Warmest Color, won the Palme d'Or at the Cannes Film Festival in May 2013. Directed by director Abdellatif Kechiche and starring Lea Seydoux and Adele Exarchopoulos, the film generated both wide praise and controversy. 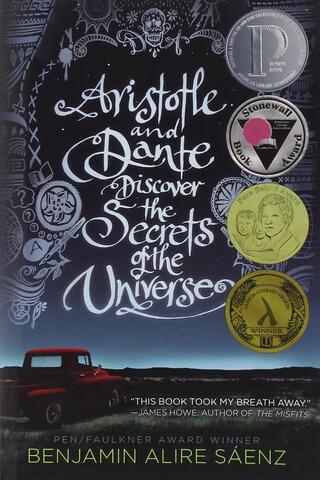 This Printz Honor Book is a “tender, honest exploration of identity” (Publishers Weekly) that distills lyrical truths about family and friendship.
Aristotle is an angry teen with a brother in prison. Dante is a know-it-all who has an unusual way of looking at the world. When the two meet at the swimming pool, they seem to have
nothing in common. But as the loners start spending time together, they discover that they share a special friendship—the kind that changes lives and lasts a lifetime. And it is through
this friendship that Ari and Dante will learn the most important truths about themselves and the kind of people they want to be. 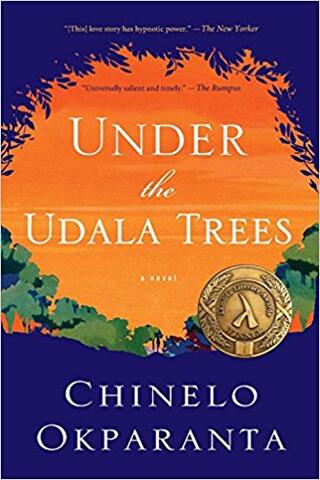 Inspired by Nigeria’s folktales and its war, Under the Udala Trees is a deeply searching, powerful debut about the dangers of living and loving openly.
Ijeoma comes of age as her nation does; born before independence, she is eleven when civil war breaks out in the young republic of Nigeria. Sent away to safety, she meets another displaced child and they, star-crossed, fall in love.
They are from different ethnic communities. They are also both girls. When their love is discovered, Ijeoma learns that she will have to hide this part of herself. But there is a cost to living inside a lie. 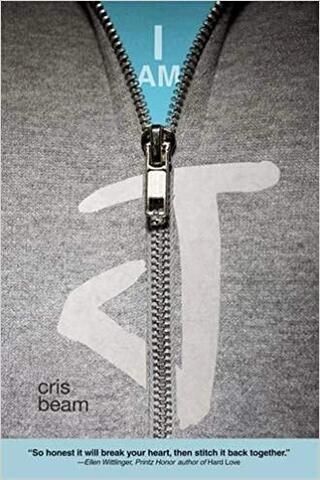 A powerful and inspiring story about a transgender teen's struggle to find his own path — and love his true self.
J had always felt different. He was certain that eventually everyone would understand who he really was: a boy mistakenly born as a girl. Yet as he grew up, his body began to betray him; eventually J stopped praying to wake up a "real boy" and started covering up his body, keeping himself invisible — from his parents, from his friends, from the world. But after being deserted by the best friend he thought would always be by his side, J decides that he's done hiding — it's time to be who he really is. And this time he is determined not to give up, no matter the cost.