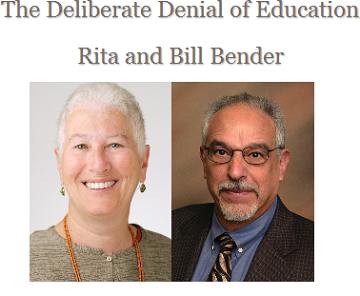 Rita and Bill understand that as a nation, we cannot move forward to address the inequities which exist, if we do not understand our history. They believe that we must understand where we have been to chart the course forward to where we must go.

Rita Bender's connection to Mississippi goes back to her time 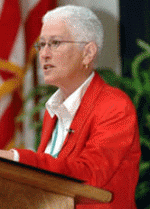 in Meridian as Congress of Racial Equality field staff with COFO, during which she worked in development of a community center, a precursor to the Freedom Schools, and voting rights denials in the Mississippi Freedom Democratic Party challenge. Rita is a 1968 Rutgers University law graduate. She taught in the first poverty law clinics established at a law school, at Rutgers and served as a public defender in New Jersey and Seattle. She was the  Carter administration's Regional Director of the Legal Services Corporation.

Bill Bender was an investigator for the New Jersey Civil Rights Division prior to attending law school.  He is a 1968 graduate of Rutgers University School of Law.  He practiced at the Center for Constitutional Rights in New York, where he was one of the attorneys for the New York City Demonstration School Districts, and the investigation of the murder of Fred Hampton in Chicago.  Returning to Rutgers, he co-directed the Constitutional Litigation Clinic, and taught Civil Procedure courses.

Upon moving to Seattle, Bill was a Federal Public Defender prior to joining the law firm where he has practiced since 1979.  In 2009-2010, Bill and Rita were visiting professors at the University of Mississippi Law School, where they taught a course addressing the deliberate denial of education, and worked through the William Winter Institute on Racial Reconciliation with community groups.