Geneseo to Give Two Honorary Degrees at 2022 Commencement 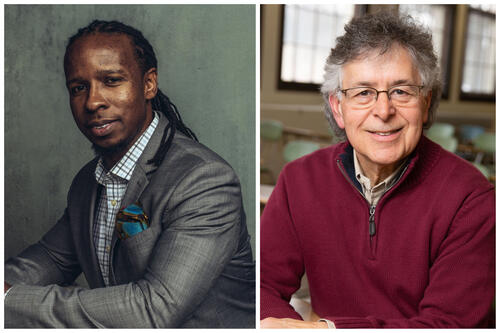 Blumenthal is a senior scholar with the University of Pennsylvania’s Positive Psychology Center as well as an award-winning television producer, pioneer in early cable television, author, and field researcher. His current interests focus on the intersection of progress, technology, media, and the future of learning. His project Kids on Earth features hundreds of interviews he conducted with children and teens around the world to build global community and shared learning.

In the 1980s, Blumenthal led teams that created MTV and Nickelodeon, and created and produced the Peabody Award-winning series Where in the World Is Carmen Sandiego? Blumenthal went on to combine technology and education in the 1990s, developing interactive children’s books. He has led media companies and is also a syndicated journalist and author of more than 20 books on music, media, business, and communication.

Blumenthal will receive an honorary doctor of humane letters at commencement. (Read more about his Kids on Earth project in the Geneseo Scene).

Historian and writer Ibram X. Kendi recently was awarded a 2021 MacArthur Fellowship, popularly known as the Genius Grant. He is the Andrew W. Mellon Professor in the Humanities at Boston University and the founding director of the BU Center for Antiracist Research. He is a contributing writer at The Atlantic and a CBS News racial justice contributor.

Kendi is the author of many highly acclaimed books and the youngest-ever winner of the National Book Award for Nonfiction. He has written five #1 New York Times bestsellers, including How to Be an Antiracist. In 2020, Time magazine named Kendi one of the 100 most influential people in the world. He is the host of the new action podcast Be Antiracist, which imagines what an antiracist society might look like and describes how to be part of building one.

Kendi will also receive a doctor of humane letters at commencement.

Kendi and Blumenthal will each give a brief acceptance speech. Both have visited Geneseo, speaking with students and leading conversations. Kendi’s book How to Be an Antiracist helped inspire the College to spend the 2020–21 academic year exploring topics related to racial (in)equity, (in)justice, and movements for social change.