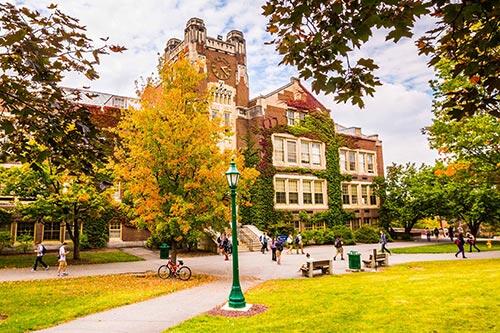 A SUNY Geneseo student has been engaged in the creation of a new web resource dedicated to telling the story of the grassroots fight for voting rights.

Todd Christensen, a senior history major from Cazenovia, N.Y., has been responsible for writing many of the organizational and geographical profiles for the website “One Person, One Vote: The Legacy of SNCC and the Fight for Voting Rights." Christensen collaborated on the project with civil rights scholars from around the country, veterans of the Student Nonviolent Coordinating Committee (SNCC), and students and faculty at Duke University, where the project is based.

“The work on the website has given me a new sense of what history really is,” said Christensen. “The website tells the story of black voting rights through the lens of the ordinary black people in the Deep South during the early 60s, who put their lives on the line to fight for first-class citizenship.  These people, who are almost always missing in history textbooks, both in high school and college, served as the backbone of grassroots movements for black political power.  And having the chance to work with Duke and the SNCC legacy Project in being able to tell their stories has taught me a lot about the power of regular people doing extraordinary things.”

Christensen said the history of the Civil Rights Movement doesn’t always have to focus on major leaders and events, but should also include the actions of lesser known people, the sharecroppers, small farmers, day laborers, and church leaders who made the struggle possible.  He said the website does a good job uncovering this type of history.

“Having Todd as a part of the One Person, One Vote project team gave the website a historical depth it wouldn’t have had otherwise,” said Karlyn Forner, project director and Christensen’s supervisor. “He came into the project with more knowledge of the Mississippi Movement and grassroots community organizing than any of the other students on the project team. This made him exceptionally qualified to write the organizational profiles on the One Person, One Vote site, which provided historical context to the more narrative content.”
Christensen joined in workshop sessions via Skype and traveled to Duke to spend a week writing, commenting, and revising content with the project team in the days before launch.

“Todd has done extraordinary research and written several outstanding papers grounded in the grassroots Civil Rights Movement in Mississippi in the early 1960s,” said Emilye Crosby, professor of history at SUNY Geneseo. “He immersed himself in the organizational records available on microfilm and read voraciously in the most important scholarly works to come up with nuanced analysis that really contributes to our understanding of grassroots organizing and the role of Freedom Schools in helping young Black Mississippians develop a sense of political efficacy. It's exciting to see one of our students use what he has been learning to make such a tangible contribution.”