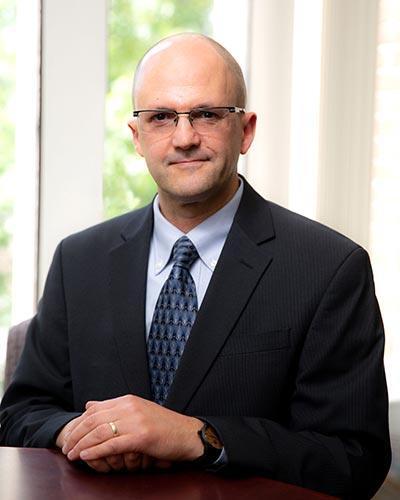 Geiser-Getz served as a faculty member at East Stroudsburg University of Pennsylvania from 1994 to 2015. During that time, he worked in a variety of leadership positions including as chairperson of the communication department and the music department. For three years, he was Director of The Harrisburg Internship Semester, a selective public policy internship program administered by the Office of the Chancellor of the Pennsylvania State System of Higher Education. He later worked for three years as Associate Provost at Keene State College, a public liberal arts institution in New Hampshire. As Geneseo's Vice Provost, he works with many dedicated colleagues to hire, orient, mentor, and develop faculty and staff in academic affairs.

Glenn has more than 30 publications on such topics as presidential rhetoric, media culture, and audience analysis. He received a President's Research Fund grant to study the American presidential farewell address and is a registered scholar at most of the presidential libraries administered by the National Archives and Records Administration. Dr. Geiser-Getz received the National Speakers Association Award and served as a Fulbright Fellow in Russia and as a Fulbright-Hays Fellow in Ghana.

Geiser-Getz recently served as a board member for the American Conference of Academic Deans and is currently a member of several higher education organizations including the Global Academy of Liberal Arts (GALA), the Association of American Colleges and Universities (AAC&U), and the Council of Public Liberal Arts Colleges (COPLAC). He is also a member of the Phi Beta Kappa honor society.

Glenn is married with two children and lives a short walk from the Geneseo campus.