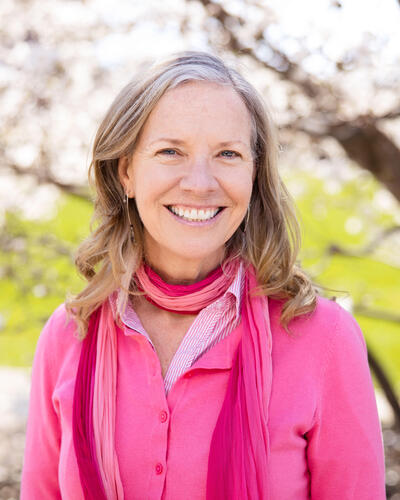 Dr. Stacey Robertson is the Provost and Vice President for Academic Affairs and Professor of History at SUNY Geneseo, a role she has held since July 2017. She grew up in Arizona and California. She has a B.A. from Whittier College (1987) and a Ph.D. in History from the University of California, Santa Barbara (1994).

Dr. Robertson served as a History Department faculty member and Director of the Women's Studies Program at Bradley University in Peoria, Illinois, from 1994 to 2014. She was named the Oglesby Professor of American Heritage in 2009. During the two-year period 2012 to 2014, she served as the interim Dean of the College of Liberal Arts and Sciences. She was then recruited to be the Dean of the College of Arts and Humanities at Central Washington University where she remained until she joined SUNY Geneseo as Provost in 2017.

A passionate historian, she is the author of four books focused on social justice movements, including Hearts Beating for Liberty: Women Abolitionists in the Old Northwest (2010). Robertson is the recipient of many teaching awards and research fellowships and has lectured at more than 150 different venues nationally and internationally. She was the co-director of the national non-profit Historians Against Slavery (HistoriansAgainstSlavery.org) from 2012 to 2018.

Robertson is actively involved in several higher education organizations including the Global Academy of Liberal Arts (GALA), the Council of Public Liberal Arts Colleges (COPLAC), and the American Association of State Colleges and Universities (AASCU).

She has two sons, Evan and Issac, and is married to J. Stephen Smith.