Jaime M. Arena is an adjunct instructor in the theatre department here at SUNY Geneseo. She has a BA in Theatre from Empire State College (SUNY), a Master's in Theatre from Regent University, and a Studio Certificate from the American Musical and Dramatic Academy in New York City. She is an actor and director, directing such productions as Stop Kiss, Doubt: A Parable, Single Black Female, Charollottes Web, and Night' Mother, to name a few. Jaime has worked as an educator for many years, including at the prestigious LORT Hartford Stage Companies education department, the Greater Hartford Academy of the Arts, and other educational institutions.

She has served proudly in the United States Navy for four years and was a part of the first battle group to deploy overseas after the tragedy that was 9/11. That is why alongside her theatre courses, she feels passionate about her involvement in Geneseo's "first-year seminar" (INTD-105). Her sub-topic, Theatre, a therapy for Veterans, allows her the opportunity to not only use Theatre but to shed light on Veterans living with PTSD in their everyday lives. 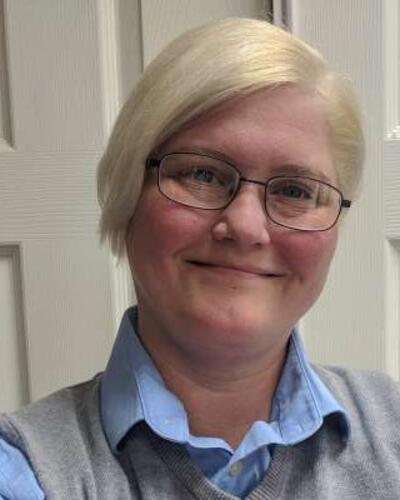