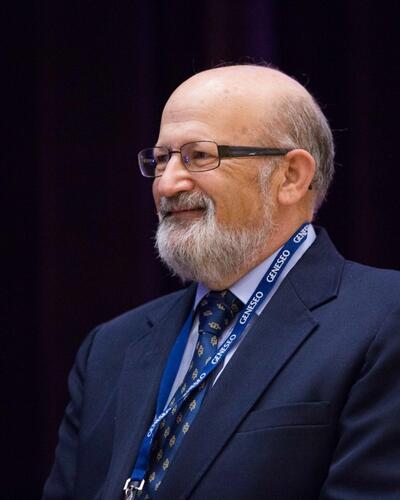 Tom Greenfield has been a member of the SUNY Geneseo faculty since 1991. He received his Ph.D. from the University of Minnesota. Upon arriving to Geneseo, he served as dean of the college until 2002 when he became a member of the English department. His research and courses center around Western drama 1700 to the present. He received the Chancellor's Award for Excellence in Teaching in 2009. He has written and/or edited three books: Broadway: An Encyclopedia of Theater and American Culture (editor and principal contributor), Radio: A Reference Guide, and Work and the Work Ethic in American Drama 1920-1970. He is currently under contract to write and edit a book on American history and the American musical. His articles and essays have appeared in The Arthur Miller Journal, South Atlantic MLA, The Crisis (NAACP official magazine founded by W.E.B. DuBois), Twentieth Century Literary Criticism, and Comparative Drama, among other publications. Some of Greenfield's favorite writers are George Bernard Shaw, Oscar Wilde, Tennessee Williams, August Wilson, and Martin McDonagh.

His interests include Western drama, American studies, and Irish literature.

As Dean, Greenfield established the overseas humanities program for the school. He currently serves as president of the Alpha Delta of New York chapter of the Phi Beta Kappa Honors Society in Geneseo, having played a significant role in establishing the successful local chapter at the school. He also served as the faculty advisor to the Alpha Delta Epsilon sorority for thirteen years.