Paul Schacht received his Ph.D. from Stanford University and became a member of the Geneseo faculty in 1985. Schacht is interested in Victorian literature as well as digital humanities courses. In the fall of 2017, he co-taught a digital humanities course through the Council of Public Liberal Arts Colleges titled Into the Woods. He serves as the director of Digital Thoreau, an effort in collaboration with the Thoreau Society and the Walden Woods Project to promote scholarly and public engagement with the works of Henry David Thoreau. For more information on Digital Thoreau, follow the Twitter account, or read the story about it in USA Today. Schacht has received two Chancellor’s Awards for Excellence, one in teaching and the other in faculty service.

In addition to teaching courses, Schacht currently serves as the Assistant to the Provost for Digital Learning and Scholarship. In 2017, he organized the annual Harding Lecture at Geneseo and invited Bill McKibben to serve as the guest lecturer. 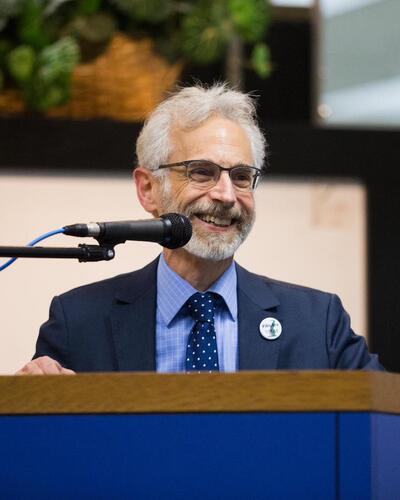 Office hours by appointment. Why not book one?