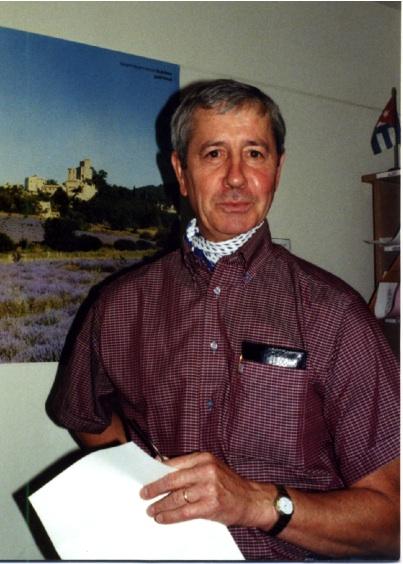 The Gouvernet Ambassadorship is in memory of  beloved professor and dear colleague Gérard Gouvernet, who passed away July 18, 2008.  “Dr. G” was a superb professor, a terrific colleague, and a most noble and kind human being.

Dr. Gouvernet received a Licence ès-Lettres in Spanish and in Portuguese from the Université de Montpellier, France.  He completed M.A. (1970) and Ph.D. (1978) degrees in French Literature at Harvard University.

“Gouvie,” as he was fondly referred to by his students, joined the faculty as Assistant Professor of French in 1982.  He served as Acting Chair of the department in 1991 and then as Chair from 1992 to 2001.  In 2002, he was promoted to Full Professor.

Among his numerous contributions to the college were the establishment of the Montpellier, France, study abroad program and advisement of Geneseo's Alpha Phi Chapter of Phi Sigma Iota, the International Foreign Language Honor Society.

During his tenure at Geneseo, Dr. Gouvernet received numerous awards, including the President's Award for Excellence in Academic Advisement (2001) for his legendary mentorship of students.