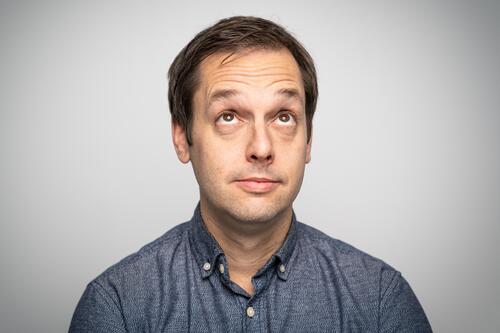 Photo by Remi Turcotte on Unsplash

SUNY Geneseo associate professor of psychology Jason Ozubko is the first author on a recent paper that looks at a type of memory glitch we’ve all experienced. The glitch the researchers studied is called a “recognition failure of recalling words” or simply a “recognition failure.” It’s when you can come up with a word—like the name of a restaurant you’re struggling to remember—without being sure that the name you just blurted out is the correct name.

According to Ozubko, when you can recall the name from your memory but have zero confidence that it’s correct, it is an error in memory that researchers often overlook. “We think that if a person recalls something—that they can say it out loud—they must also be remembering it,” Ozubko said. “But our research shows that can be a bad assumption.”

In their paper, published in Cognitive, Affective, & Behavioral Neuroscience, the researchers reported that giving people hints can produce more recognition failures. In an experiment, the team had participants study 24 words and asked them later to recall the list. Half the participants were given hints, while the other half tried to remember the list of words without clues. Both groups recalled the same number of words correctly, but the group given hints came up with more words that weren’t on the list. That is to say, giving clues sent participants on a memory wild goose chase.

During their memory experiments, the researchers also looked at electrical brain recordings (called event-related potentials, or ERP). They found distinct neural signatures, or brainwaves, for both true recall—when you remember something, and you know it’s right—and recognition failures. The difference in brainwave patterns demonstrates that recognition failures are different from true recall.

Ozubko says that this research helps highlight the reconstructive nature of memory, and it could have consequences for understanding memory dysfunction in other fields. “When we remember the past, we aren’t accessing a video recording, we’re actively rebuilding our past experiences from our knowledge and best guesses,” he explained.

“A lot of research has focused on how false memories can arise from this process, and people can be confident that they experienced something they never did.” This research highlights the opposite problem: Sometimes, people can recall or remember things without realizing they are memories! “From time to time, when memory fails, it’s not always because the information isn’t accessible. It can be an issue with recognizing the information as relevant,” Ozubko said.