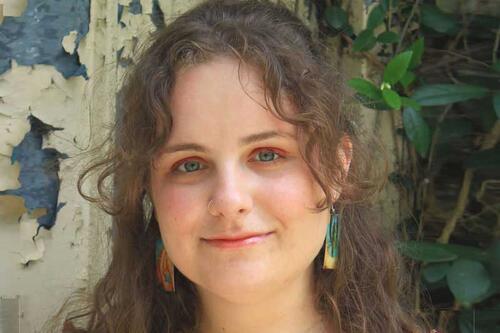 Isabel E. Owen '19, a history and English double major from Great Neck, NY, has won a 2022–23 US Student Fulbright English Teaching Assistant Award to Brazil. Owen is presently enrolled in a graduate program at Tulane University in Latin American studies and serves as a Foreign Language and Areas Studies (FLAS) Fellow for Portuguese. She becomes the 45th Geneseo US Student Fulbright awardee and the fourth to Brazil.

The US Student Fulbright award is Owen’s second, and she is the first alum in Geneseo history to earn multiple grants. Her first Fulbright year to Brazil in 2020 was incomplete due to the pandemic.

“March 15 was an incredibly difficult day for me and my fellow ETAs, as we found out that we would need to evacuate Brazil,” Owen remembers. “When I arrived home in New York days later, I had a strong instinct that my work in Brazil was not over.” In response, she rededicated herself to practicing Portuguese, kept current with her Uberlândia friends, and applied to the Tulane program.

Geneseo’s lessons in history encouraged Owen’s sense of global citizenship. A freshman year Latin American Visual Cultures course sparked her interest in both history and Latin American studies, “allowing me to embrace interdisciplinarity with my other majors and with other languages, which eventually informed a history thesis project on United States immigration control at the turn of the twentieth century.”

Owen is inspired by the Portuguese phrase tudo vai dar certo. Loosely translated, it means “everything will be okay,” prompting her to be resilient and look for solutions even when things are dark and uncertain. “It reminds me of the importance of community,” she says, “whether that community is at home with family, or in Brazil on the other side of the hemisphere.”

Gillian Paku, associate professor of English, notes that Owen has an authentic desire to understand the world beyond the US, and with “a capacious understanding and appreciation of its complexity,” presents her own country’s potential to be “collaborative, respectful, and deeply invested in the greater good.” Owen’s pursuit of a graduate degree in Latin American studies indicates “how profoundly she thinks that cultural interactions should be central to being an American.”

After her Fulbright year, Owen plans to enroll in a comparative literature PhD program and continue her work on literary translation and Lusophone studies. Her career goal is to become a university professor and translator of Portuguese creative works into English.

In four of the past five years, Geneseo has been named a Fulbright Top Producing Institution by the State Department’s Bureau of Educational and Cultural Affairs in its annual article in The Chronicle of Higher Education. For the 2017–18 Fulbright cycle, Geneseo was the first dedicated SUNY institution to be named a Top Producer of US Student awards in any category—bachelor’s, master’s, research, or special-focus four-year institutions.

The Fulbright US Student Program provides grants for individually designed graduate study, research programs, or English teaching assistant programs in many foreign countries. Sarah Fadlaoui ’22, Michael Hughes ’20, and Kallie Swyer ’17 have also won 2022–23 Fulbright awards. Gail Cabahug ’22 was named an alternate to Spain. Geneseo had nine semifinalists in this year’s competition and reporting on other finalists will continue through May.

The US Student Fulbright competition is open to students and alumni. It is administered at Geneseo by Director of National Fellowships and Scholarships Michael Mills, who can be reached at millsm@geneseo.edu and 585-245-6002. For more information about the Fulbright and other nationally and internationally competitive scholarship and fellowship programs, visit Fellowships and Scholarships.