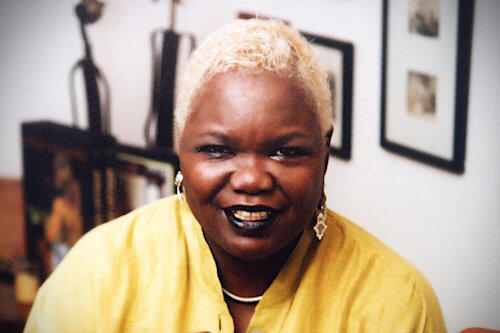 Composer and singer Ysaÿe Barnwell ’67, ’68 will join Geneseo’s celebration of the life and legacy of Martin Luther King Jr. by conducting a Community Sing on Tuesday, February 27 at 6 p.m. in the College Union Ballroom. The sing is free and open to the public.

Barnwell was one of the longest-tenured members of the GRAMMY-nominated African American a cappella ensemble, “Sweet Honey in the Rock.” Sweet Honey draws upon a wide range of musical genres, including spirituals, blues, folk, gospel, jazz, popular and world music. Barnwell sang with the all-female group for 34 years, leaving in 2013 to pursue other callings.

Barnwell says the Community Sing will be a special event. “You don’t have to know how to sing for my Community Sings but you have to be willing to show up and raise your voice along with others who come,” says Barnwell.  “I sing and the audience sings back.  Before the evening is over we will become a choir of uncommon voices singing with great joy in four- to eight-part harmony, and raising the roof.”

Barnwell is a prolific composer and has written many of the Sweet Honey’s songs. In addition, she has been commissioned to create music for dance, choral, film and stage productions. She is also an actress, having appeared on television and in the 1998 film, “Beloved,” based on the book by Toni Morrison, and starred Oprah Winfrey and Danny Glover.

Her career as musician, actor, and writer follows twelve years as a professor at the College of Dentistry, Howard University, and her work as project director on community health, technology, and art projects. Barnwell has been a commissioned composer on numerous choral, film, video, dance, and theatrical projects.

As a student at Geneseo, Barnwell was active and involved. She performed with the Chamber Singers and as a solo folksinger; acted in numerous plays; spearheaded invitations to visiting performers; tutored migrant workers, joined the Northern Student Movement organization, and worked with other students and faculty to support the Civil Rights Movement. When Martin Luther King, Jr. was assassinated in 1968, Barnwell was completing work on her Geneseo master's degree and was asked to sing at Geneseo's first memorial commemoration for Dr. King.

Professor of history, Emilye Crosby, who’s planning this month’s commemoration, says, “As a society, we recognize that Dr. King as the most visible leader of the modern Civil Rights Movement, but unfortunately we have frozen him in time with his famous ‘I Have a Dream Speech.’ His life addressed so many more issues related to social justice, including poverty and militarism. In our commemorations at Geneseo, we try to emphasize those efforts and struggles as well as contemporary issues of race and justice.”

The Community Sing is sponsored by the Office of the Provost, Geneseo's Office of Alumni Relations, Black Studies Program, Department of History, Office of Multicultural Programs and Services, Teaching Learning Center, the Institute for Community Well Being, the Black Student Union.