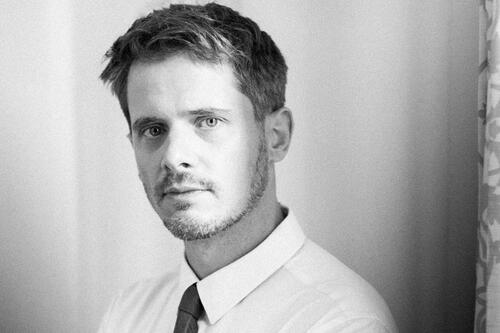 Composer Gregory Spears will deliver the 2019 Walter Harding Lecture at 7 p.m. on Wednesday, September 25 in Doty Recital Hall on the SUNY Geneseo campus. Spears’ lecture, “Thoreau and Music,” is free and open to the public.

Spears’ song cycle Walden, which premiered in 2018 in a performance that the Washington Post called “gripping,” takes a series of excerpts from Thoreau’s Walden and arranges them in four structurally interconnected songs to loosely tell the story of Thoreau’s departure from and return to society in Concord, Massachusetts. Along the way, audiences experience Thoreau’s progression from anxious social critic to passionate naturalist to contemplative mystic.

“I’m thrilled that Gregory Spears has agreed to describe his artistic journey in giving musical form to Thoreau’s spiritual journey,” said Paul Schacht, professor of English at SUNY Geneseo and director of Digital Thoreau. “His lecture is sure to spark a rich, interdisciplinary conversation about literature and music as distinctive artistic modes with a lot of common ground.”

His music has been called “astonishingly beautiful” (New York Times), “coolly entrancing” (The New Yorker), and “some of the most beautifully unsettling music to appear in recent memory” (Boston Globe). In recent seasons Spears has been commissioned by The Lyric Opera of Chicago, Houston Grand Opera, and The New York International Piano Competition, among others. He is currently working on a new evening-length opera, Castor and Patience, with U.S. Poet Laureate Tracy K. Smith, commissioned by Cincinnati Opera and scheduled for premiere in 2020.

Spears holds a Ph.D. from Princeton University, an M.M. from Yale School of Music, and a B.M. in composition from Eastman School of Music. He also studied as a Fulbright Scholar at the Royal Danish Academy in Copenhagen with Hans Abrahamsen. He currently teaches composition at SUNY Purchase.

Geneseo launched the annual Harding lecture in 2004 in honor of the distinguished professor emeritus, who was the world’s leading scholar on Thoreau and founding secretary and former president of the Thoreau Society, the oldest and largest international organization devoted to the study of any American author.

Harding’s wife, the late Marjorie Brook Harding, created an endowment to make the lecture series possible and significantly enlarged the endowment in 2010, assuring that generations of Geneseo students and faculty will benefit from Walter Harding’s tradition of scholarship and learning.