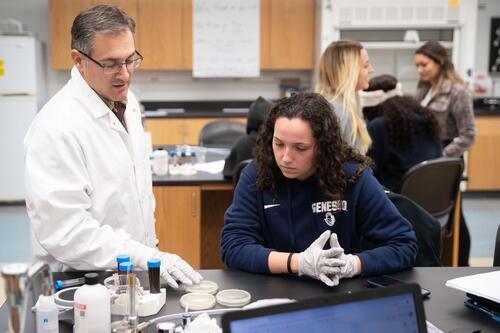 SUNY Geneseo has again been selected as one of the nation's best institutions for undergraduate education by The Princeton Review. The education services company features the College in its 2021 edition of The Best 386 Colleges. Only 14 percent of America's 2,800 four-year colleges are featured in the popular ranking book.

Geneseo also appears on Princeton Review’s Best Regional Colleges list for the Northeast—considered by the review as “academically outstanding”—and their most recent 413 Green Colleges list. Colleges that appear on these lists are not in a ranked order.

Published annually since 1992, the Princeton Review is a New York-based company known for its test preparation, education, and college admission services. The company chooses the colleges for the book based on data it annually collects from administrators at hundreds of colleges about their institutions’ academic offerings. The Review not affiliated with Princeton University.