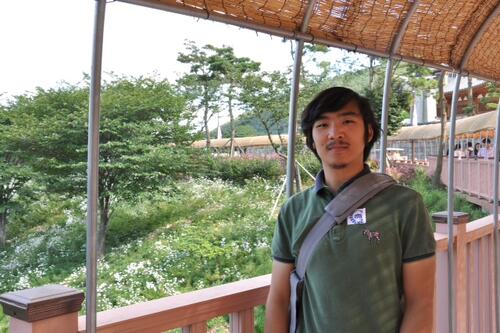 I chose English as a major because I enjoyed writing as a creative outlet. After graduating from Geneseo in December of 2009 with a Bachelor's degree in Creative Writing I began applying for positions teaching English in South Korea. From July 2010 until August 2012, I taught English full time to students of all ages in Seoul and Incheon. This spring, I was accepted for the Korean Government Scholarship Program, a program that grants full tuition and living expenses for international students who wish to study in Korea. While preparing my application for the program, I was also studying Korean full time and working part time teaching English for low-income students at Children's Centers throughout Seoul and Incheon, as well as teaching part time at a private institute in Gangnam.

My level of Korean is now fluent, according to the Test of Proficiency in Korean, on which I scored a level 5 out of 6. Before I begin my grauduate studies I will spend six more months studying the Korean language through the scholarship program; next year, I will begin studying at Yonsei University, one of the top 3 universities in the country. My master's thesis will be centered around the comparison of Korean literature and African American literature. Due in large part to what I learned in Professor Beth McCoy's seminar on W.E.B. DuBois, as well as in Professor Rachel Hall's and Professor Kristen Gentry's writing classes, I was able to present a confident proposal of study.