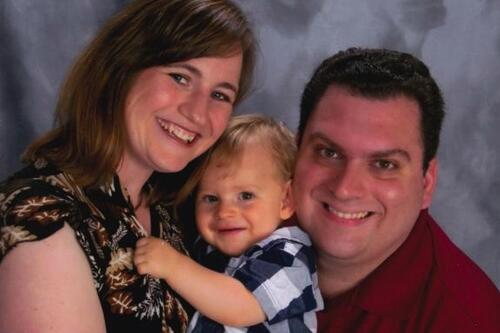 I wanted to write the fourth greatest vampire tale of all time - after Dracula, Carmilla, and I am Legend - so I thought that majoring in English and studying Catholic theology as a Medieval Studies minor at Geneseo would give me the background I needed to pull off this great achievement (as well as help me understand my Italian heritage better). I was partly right. After graduation, I spent 18 months as a reporter working for The Staten Island Advance. It didn't take long for me to decide that newspapers were not good for society - they were too crime and sports oriented and offered shallow coverage of important issues. So I went to graduate school and earned my doctorate in "18th century British women writers" and "film studies." While I have yet to publish any fiction, I am beginning to make a name for myself writing non-fiction books about the literature, theology, and popular culture that shaped my values during my formative years as a member of Generation X. I was fortunate enough to win an award (CHOICE Outstanding Academic Title 2011) for War, Politics, and Superheroes: Ethics and Propaganda in Comics and Film. I did my bit to champion the importance of a liberal arts education by writing about my experiences in Geneseo in an autobiographical essay in a book I edited, Unruly Catholics from Dante to Madonna (2013), and Ronald Herzman wrote the essay about ... surprisingly enough ... Dante. Other books I have published include Emma Adapted: Jane Austen's Heroine from Book to Film (2007), Godly Heretics: Essays on Alternative Christianity in Literature and Popular Culture (2013) and Devised and Directed by Mike Leigh (2013). I have a wonderful family that includes my wife, Stacey, and my children, Quentin and Keira. My next non-fiction book project will be - appropriately enough - about the portrayal of vampires as members of the top 1% in literature and film. So, I finally got around to writing about those fanged folks after all!