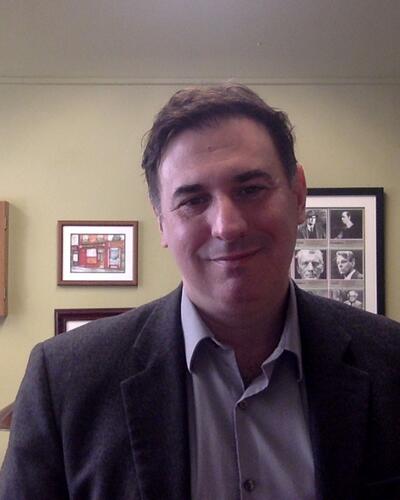 ​​​​​​Rob Doggett received his Ph.D. in English from the University of Maryland in 2002 and has taught at Geneseo since 2005. He currently teaches courses focused on 20th-century British and Irish literature. In 2011 he received the Chancellor's Award for Excellence in Teaching and in 2018 he received the Chancellor's Award for Excellence in Faculty Service. His research centers primarily on Irish literature, particularly on poet William Butler Yeats. He is the author of numerous articles, as well as a monograph titled Deep-Rooted Things: Empire and Nation in the Poetry and Drama of William Butler Yeats (U. of Notre Dame Press, 2006). He also served as the editor of When You Are Old: Early Poems, Plays, and Fairy Tales by W. B. Yeats (Penguin Classics, 2015). He is the general editor of the Journal of International Yeats Studies.

Every other year, Doggett brings groups of Geneseo students to Ireland for three to four weeks to travel and study at the Yeats International Summer School in County Sligo. The course syllabus can be found here. Doggett is the founder of the Genesee Valley Peace Poetry Contest, which he coordinated from 2005-2015.