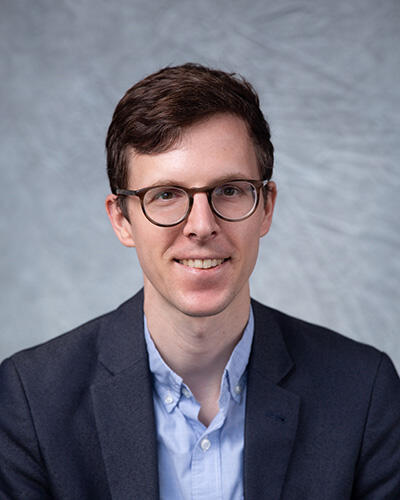 His first book, Paper Monsters: Persona and Literary Culture in Elizabethan England (University of Pennsylvania Press, 2019), charts the rise, at the turn of the seventeenth century, of a new species of textual being: the serial, semifictional persona. Paper Monsters shows how personae animated a burgeoning literary field’s sense of itself, and it explores their role in framing new forms of public, textual identity.

His interests range across the early modern period, and his other work includes articles (either published or forthcoming) on theology and narrative form in Paradise Lost, on forms of character in Shakespeare’s Troilus and Cressida, and on worldmaking and lyric temporality in the poetry of Anne Bradstreet. He is currently at work on a second project on literary character and the early modern discourse of “personation.”