Beth McCoy received her Ph.D. from the University of Delaware and became a member of the SUNY Geneseo faculty in 1997. Her research centers on afro-futurism, black speculative fiction, and race and the book as an object. She also thoroughly enjoys the work of artist Steve Prince. She frequently teaches Literature, Racism, and Medicine, as well as courses centered around the works of Octavia Butler. McCoy received the Chancellor's Award for Excellence in Teaching in 2002. She has published numerous essays, with forthcoming essays to be published in the collections African American Expression in Print and Digital Culture, Reckonings: Essays on American Revenge Narratives, and Cultivating Landscapes of Democracy.

Dr. Beth McCoy is Distinguished Teaching Professor in the Department of English and teaches courses on the housing crisis, African American migration narrative, and W.E.B. DuBois, to name just a few.  She began her work by studying the literature of the Harlem/New Negro Renaissance and has since shifted to the intersections of literary/cultural studies with race and theory.  Currently completing an essay on the vévé of vodoun and the New Orleans' FEMA search and rescue signs, McCoy also continues work on a book on race and the paratext, a word describing marginal parts of books such as titles, footnotes, covers, and dedications. 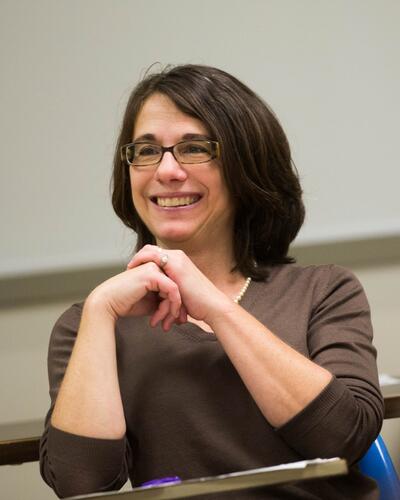