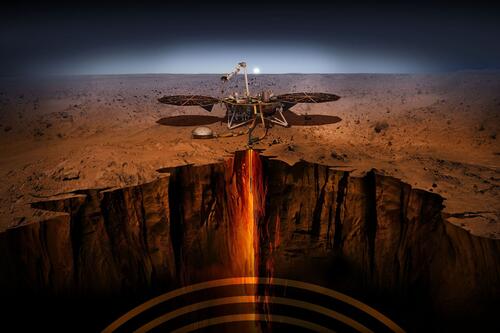 The InSight mission to Mars has completed its first Earth year of observations. The results were published as a set of six papers in Nature journals. The papers show that Mars is seismically active and reveal information about its complex atmosphere, magnetic field and geology. SUNY Geneseo Assistant Professor Nicholas Warner (Department of Geological Sciences) is a co-author on two of the papers that detail the discovery of quakes on Mars—marsquakes—and describe the alien landscape at the landing site.

As the geology "theme" group co-lead on the mission, Warner played a key role in evaluating the geology of the landing site, which aided in the deployment of the mission’s seismometer and heat flow probe, and helped to understand the surface processes and near surface structure of Mars. Warner is joined as a co-author on the open access article “Geology of the InSight Landing Site on Mars,” published in Nature Communications by two former Geneseo undergraduates Alyssa DeMott ’19 and Megan Kopp ’18 who assisted Warner and the InSight team map the landscape around the lander.

The InSight lander arrived on Mars on November 26, 2018, touching down in the Elysium Planitia region in a crater informally named Homestead Hollow. InSight aims to examine the interior structure and composition of Mars, which could help our understanding of the complex processes that have shaped the planet.

In an overview paper in Nature Geoscience, “Initial results from the InSight mission on Mars,” by Jet Pulsion Laboratory (JPL) scientists W. Bruce Banerdt, Suzanne Smrekar and colleagues including Warner, highlight some of the key findings from the mission’s first year on Mars. These include the first unambiguous detection of marsquakes, including over 20 events of magnitude 3 to 4.

The seismic activity of Mars is explored in more detail in two papers. Further papers published in Nature Geoscience reveal unexpected atmospheric phenomena including gravity waves and infrasound on the planet and suggest a local magnetic field at the landing site that is 10-times stronger than anticipated.

With the InSight mission expected to continue for another Earth year, further measurements should build on these initial results and reveal new discoveries and findings about Mars.

Adapted from a JPL press release. 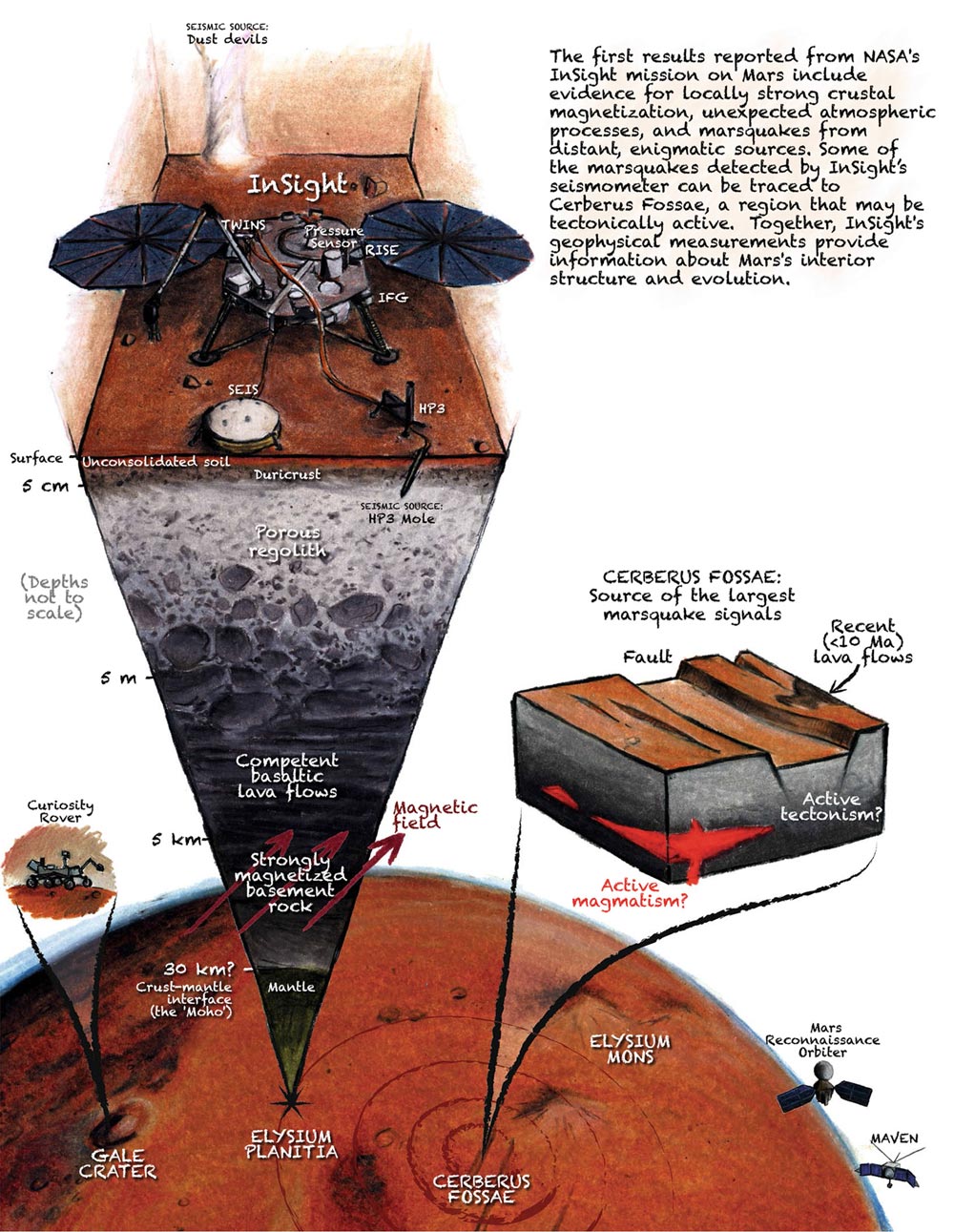