A Second Chance and a Mission to Help Others 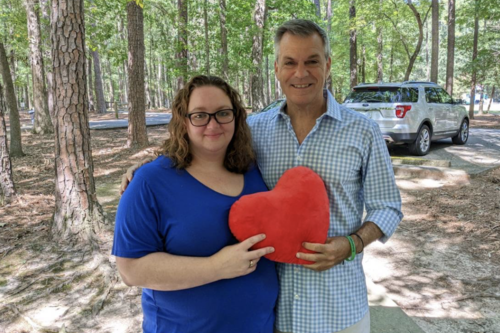 Steve Hilfiker ’88 and his doctors were baffled as he went from healthy and active to struggling to climb stairs. He had cardiac sarcoidosis, a disease in which scar tissue overtakes the heart, but it took five years for doctors to correctly diagnose it.

In July 2020, Hilfiker’s heart failed, and he was placed on an intra-aortic balloon pump for life support. Only a heart transplant would save him, and thankfully, a match appeared within a few days. Despite septic shock, an induced coma, and near-death experiences after the surgery, Hilfiker’s health turned around. The new heart he received from 31-year-old Daniel Ray French, a young North Carolina man who died too soon, gave him a second chance — and a mission.

“It was the gift of life,” says Hilfiker, “as if a new life began. My life purpose became crystal clear."

Read the entire story in the Geneseo Scene.