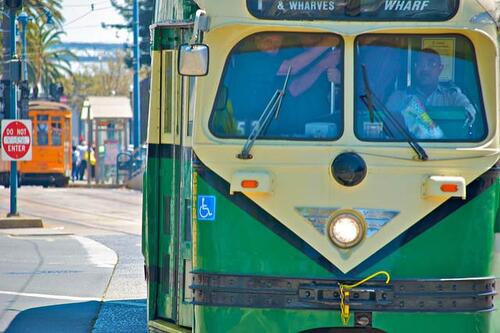 A group of SUNY Geneseo undergrads is staging philosophy takeovers in schools throughout the region as a way to introduce philosophical topics to high school students. The collaboration between Geneseo and local schools seeks to emphasize the value of studying philosophy by recreating a college class, setting up thought experiments, and engaging students in discussions of ethical dilemmas.

“There is no exposure to philosophy in the New York State curriculum,” said Associate Professor David Levy, Ph.D., chair of Geneseo’s philosophy department, who also notes the recent decline in philosophy majors nationwide. “We want students to learn about philosophy as a discipline as well as some of its practical applications, such as critical thinking, logical reasoning, developing arguments, and responding to counterarguments.” Those skills are frequently sought by employers, he added. 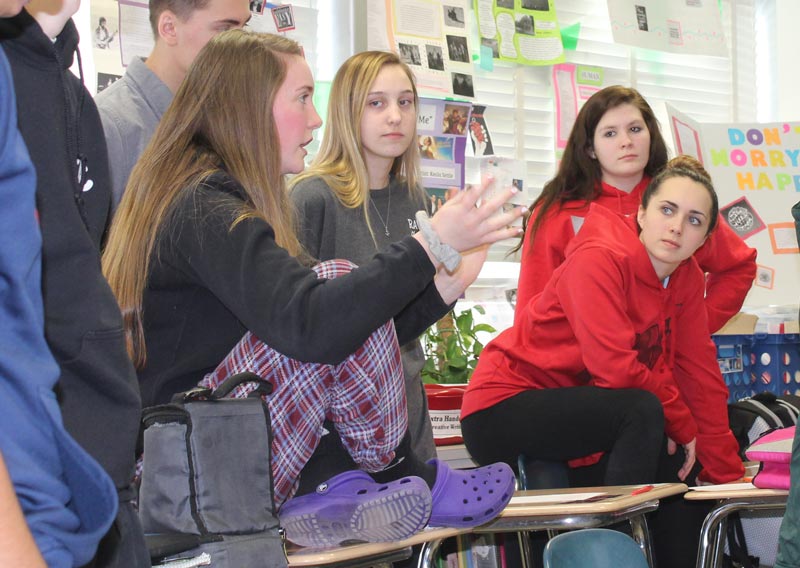 Levy made initial contacts with local school districts, including Honeoye Falls-Lima, Geneseo, Avon, Livonia, and Mount Morris. The seven students in the program –– who include biology and theatre majors as well as those studying philosophy –– developed the lesson plans.

The response thus far has been positive. Mount Morris’s Marc Gardner brought the students into Public Policy 101, a Syracuse University Project Advance class he teaches at the high school and found the session especially relevant. “They had our students contemplating ethical situations that will confront them in a professional environment,” he explained. Geneseo Central School teacher Dave Kozlowski said, “Any time you can get young minds fully engaged in a critical thinking exercise is a win for society.” Both instructors hope to schedule the philosophy students for return visits.

One thought experiment in ethics used by the Geneseo students in their philosophy takeovers is the Trolley Problem. Imagine a runaway trolley heading toward five people on the track. If the trolley doesn’t change direction, all five will be killed. You control the trolley, and you can divert it to another track, saving those people. However, on the side track is a single person who will now die. What should you do? Does that answer change depending on the identity of any of the people? More than just a moral dilemma, the trolley problem has practical applications nowadays in discussions about self-driving cars.

There are compelling reasons to study the subject, said psychology and philosophy double major Danielle DalPorto ’19, who’s looking at law school next year. Philosophy pairs well with other majors, and “once I began taking philosophy classes, I began doing better in all my classes. It helped my study skills and ability to analyze the material.”

Ideally, says Levy, the community program will inspire high school students to consider a philosophy major when they eventually enter college. But an excellent short-term goal is to help create better students. “The program will be a success if schools continue to tell us that students are engaging with material critically and listening to each other more respectfully.”