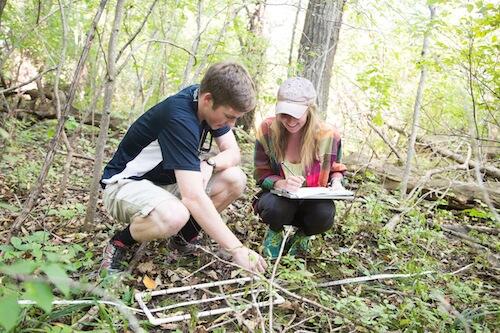 Students study a portion of the Oak Openings in Rush, N.Y.

Watch Drs. James Kernan and Kristina Hannam and students discuss their work on site at the Rush Oak Openings.

GENESEO, N.Y. — Since 2013, SUNY Geneseo faculty members Kristina Hannam and James Kernan from the Departments of Biology and Geography, respectively, have been taking students to a site in southern Monroe County to collaborate on studying a rare plant community where trees once grew in open stands among grasses and other vegetation, known as an “oak opening.”

The New York State Department of Environmental Conservation’s (DEC) Rush Oak Openings site is on 228 acres of land near the Town of Rush. According to the DEC, the land is the only known intact oak opening remaining in New York state. The Geneseo team is monitoring growth patterns of native and invasive species on the land.

“The DEC has been using prescribed fires to help keep the woody growth at bay, and we’ve been measuring the grassland and forest communities to look at ratios of invasive and undesirable species to the native prairie species,” said Kernan. 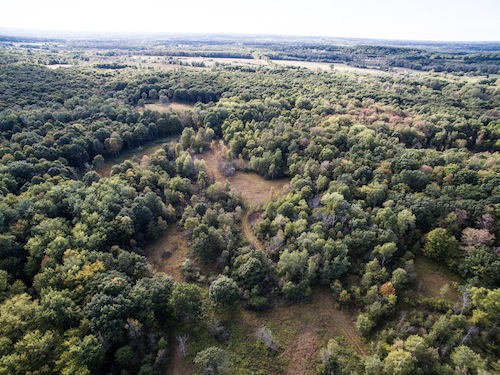 Oak opening ecosystems occurred in New York prior to settlement because of the presence of natural fires, the use of fire by Native Americans, and large grazing animals. Now that those events no longer occur, the oak openings have been overgrown with woody shrubs. The DEC has been conducting controlled burns in this area for 20 years to return the ecosystem to its original state, but the lack of resources have prevented the sufficient monitoring of success.

Geneseo students are filling the need through a “Volunteer Stewardship Agreement” to monitor the woody growth in grassland communities, forest communities and edge communities as a fieldwork component of their classroom studies. Over the last three years, 74 SUNY Geneseo students have served as volunteer field assistants, with a summary of their findings to be submitted later this winter.

“This is a unique opportunity for students to work across disciplines and bring their own perspectives in understanding the data,” said Hannam.