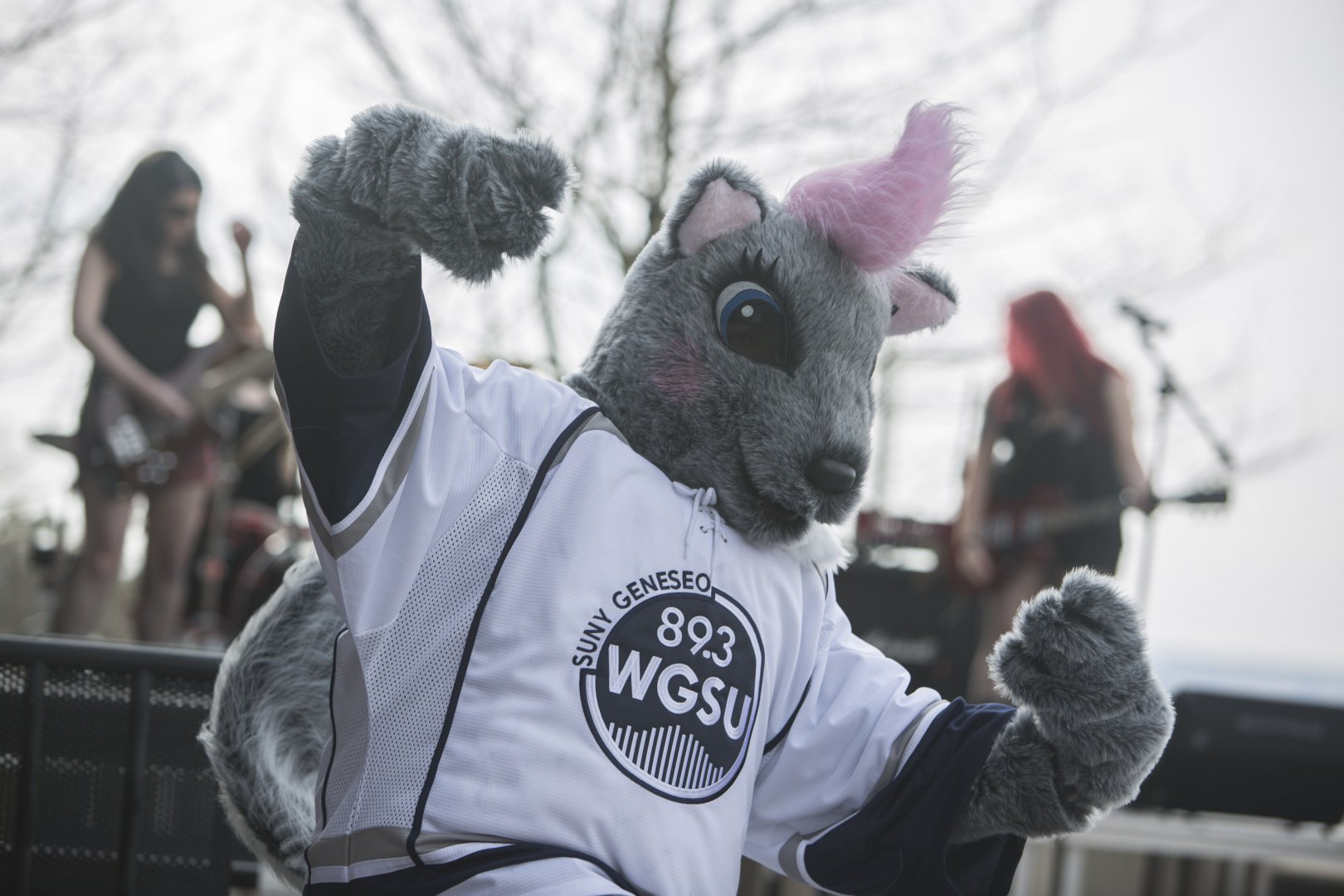 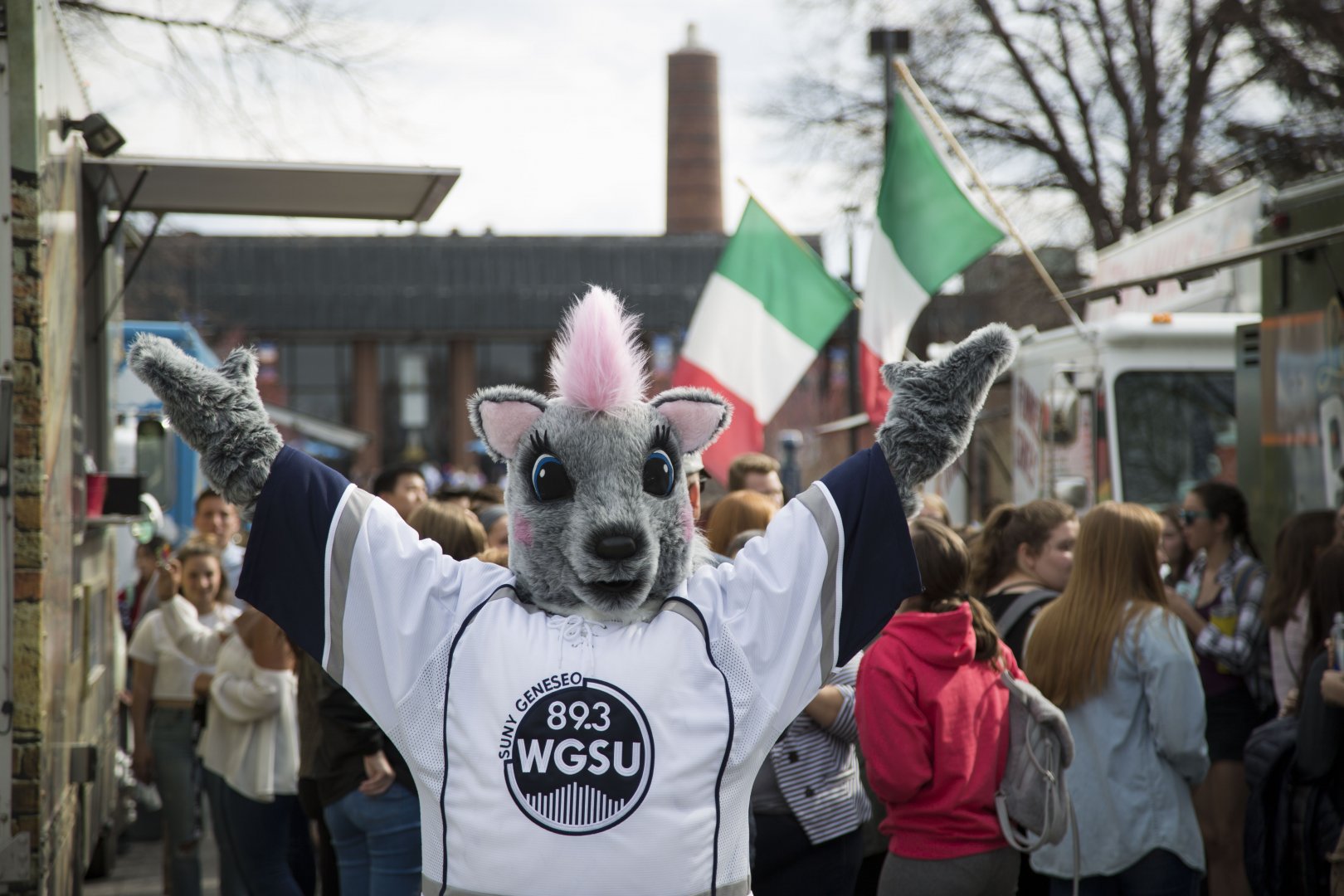 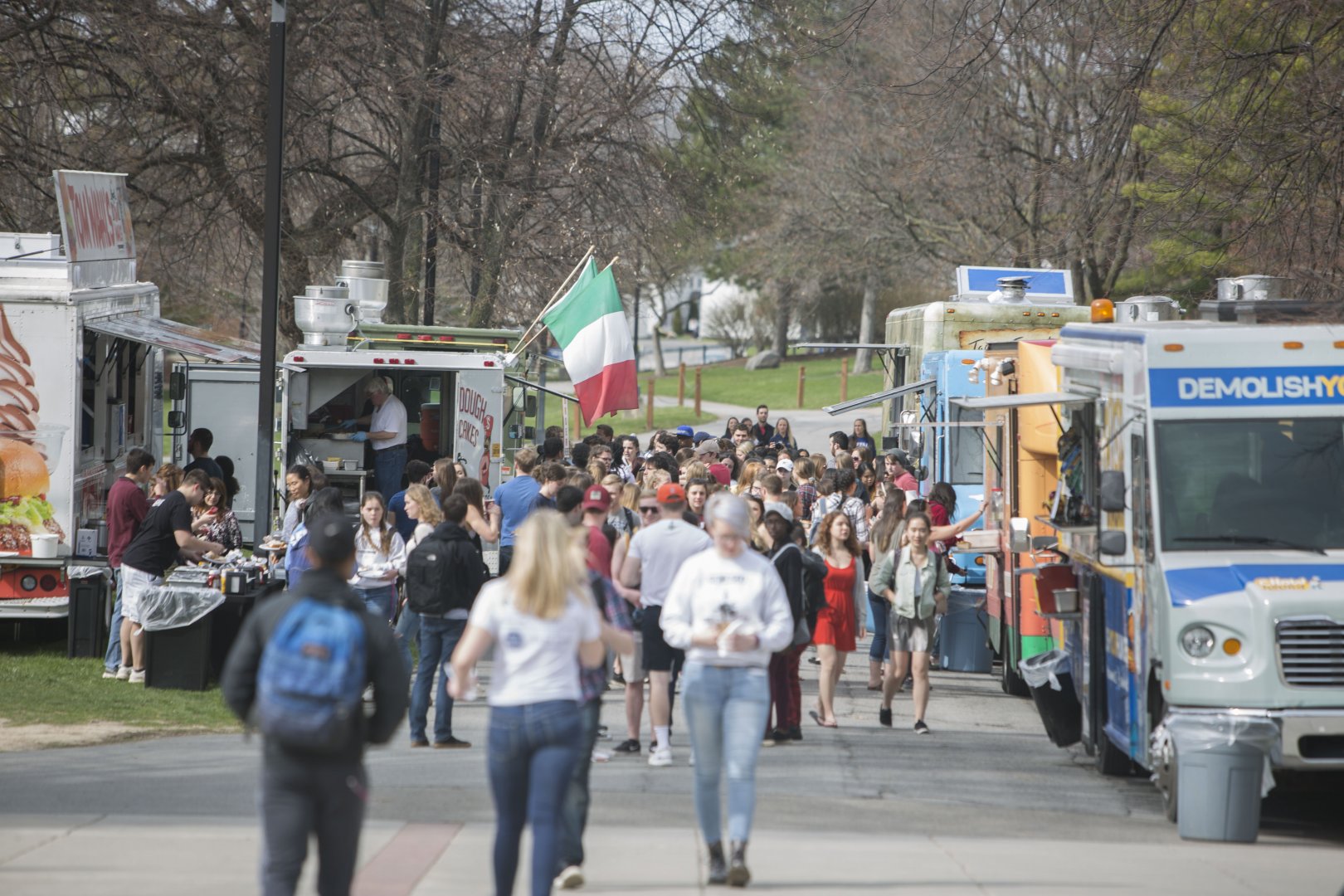 WGSU’s first Genny Fest™ (April 27, 2018) has roots going back to another station-sponsored live outdoor music festival, “Party In the Valley” (May 3, 2015); and, even further, to a WGSU co-sponsored “Rock Video Dance Party” (April 18, 1984). When Genny Fest™ ’20 was forced to be canceled on account of the COVID-19 pandemic, WGSU presented, as a substitute, an on-air and online “virtual” festival, called “Gen-E-Fest.” As part of the two-hour broadcast (May 15, 2020), WGSU Faculty Director Mike Saffran shared with Marketing Director Ben Michalak and listeners the original inspiration behind Genny Fest™. Listen to it here: Genny Fest History

Greeting some fans with a “high five”!

Ah …I can almost taste it now!

Checkin’ out the music!

Rockin’ out to the music!

Best seat in the house?

Checking out the Food Trucks

Thanks for attending Genny Fest 2018!

To inquire about the Genny Fest™ Music Festival & Food-Truck Frenzy or Genny’s availability for other appearances (or for any questions related to her or the festival), contact Genny@geneseo.edu.