• See where WGSU has appeared In the News.

‘WGSU Flashback: A Continuum of Sound’ Returns For Second Season

Weekly music feature, in August, will highlight original and cover versions of songs

This year, the retrospective music series will feature two songs a week: An original and a newer cover version (along with background on both of the releases and the bands behind them). “WGSU Flashback: A Continuum of Sound,” hosted by WGSU alumnus and Faculty Director Michael Saffran, airs Aug. 1–23 at 10:20 p.m. Sundays (immediately following “Live on KEXP”) and 4:20 p.m. and 10:20 p.m. Mondays — on air and online at wgsu.radio.

“‘WGSU Flashback: A Continuum of Sound’ is our ‘nod to history,’” Saffran says. “It’s one of the ‘threads’ connecting some of the music played on WGSU through the years — and it helps to build bridges between generations of music fans. Plus, this summer’s shortened season highlighting cover songs and originals is a ‘throwback’ of another kind: As a WGSU student DJ in the ’80s, I spotlighted cover songs in a feature that I called the ‘Weekly Re-make’ airing during my show.”

Saffran, who graduated from SUNY Geneseo in 1985, was with WGSU (including as a DJ) 1981–1985. He has worked as a DJ and in other positions with a variety of commercial radio stations, mainly in the Rochester area, 1984 to present. He returned to SUNY Geneseo as WGSU faculty director in 2012.

“I think this program is important — it helps us stay connected with our past as well as with the community, since some listeners grew up listening to the music that it features,” WGSU Marketing Director Sarah DeVito says. “It’s great that we’re adding some different sounds to the station.”

The segment’s name, “WGSU Flashback: A Continuum of Sound,” represents another nod to history: In the 1970s, WGSU once went by “The Continuum.”

‘Our American Stories’ Coming in January to WGSU

“No politics, no opinions, just stories.” That description on the website (ouramericanstories.com) of the “national storytelling” program highlights the show’s nonpartisan focus.

Recent stories shared include the interesting backstory behind the man who, dressed up as Santa Claus, was booed and pelted with snowballs at a Philadelphia Eagles football game in 1968; “A Brief History of Toilet Paper” — telling the story behind “how a product that is disposable ... is most indispensable”; and “Elliot Lurie: From Brooklyn to ‘Brandy (You're a Fine Girl)’” — a story about the writer of “one of the most recognizable songs of the early ’70s.”

Hosted by New Jersey native Lee Habeeb, the show emphasizes positive, inspirational stories about “ordinary Americans who do extraordinary things.” The program, carried by some 200 radio stations nationwide, is produced by Our American Network.

“In this immediate post-election period, in particular, many people feel exhausted and overwhelmed from the harsh partisanship, incivility, information overload and misinformation overload from ‘fake news.’ It’s a noisy world out there,” says Michael Saffran, WGSU faculty director. “‘Our American Stories’ offers more thoughtful and oftentimes uplifting stories — perfect for our times to help counter the cacophony in mainstream media.”

“Our American Stories” will air weekly at 10 a.m. Saturday (rebroadcast at 11:30 p.m. Sunday). This week’s (Jan. 2) show will feature segments with former Green Bay Packers quarterback Brett Favre sharing the memory of playing in a game the day after his father had died; retired Air Force Major Brian Shul’s humorous recounting of the ‘tale of the speed check’ involving the SR-71 Blackbird he was piloting; and a heartwarming personal story about finding the lost grave of a long-deceased family member.

For more information about WGSU and its programming, go to geneseo.edu/wgsu.

In a nod to its history, WGSU July 5 will introduce a new weekly music feature spotlighting a song a week from its storied past. “WGSU Flashback: A Continuum of Sound” premieres at 10:20 p.m. July 5 (immediately after “Live on KEXP”) — and it will air every Sunday at the same time, and Mondays at 4:20 p.m. and 10:20 p.m. (during July and August only — on air and online at wgsu.radio).

“There’s an unmistakable ‘thread’ running through the music that has aired on WGSU — from the ‘psychedelic music’ era of the 1960s ... through the MTV-influenced digital pop-music of the ’80s ... to today’s synth/electronic alt-pop,” Michael Saffran, WGSU faculty director, says.

A SUNY Geneseo alumnus, Saffran worked at WGSU (including DJ’ing) from fall 1981 through summer 1985.

“I thought it would be fun to spotlight some older songs — especially music from the ’80s, my era as a student — that have influenced today’s alt-pop,” says Saffran (who, for now, will host the new summer-only feature).

“I’m excited the station will have a program featuring older music that inspired so much of what we hear today,” Maddie Robbins, student operations manager, says. “I think it’s important to stay connected to your roots, and WGSU is doing just that with this ‘blast from this past’ series.”

Saffran says such a show has been contemplated for years. “But I wasn’t sure how a traditional-length — such as a couple hours or more — program of ‘old’ music would fit into WGSU’s present-day current-based format,” he says. “But spotlighting a song a week — with emphasis on music that still ‘fits’ the current sound — is manageable, bridges generations and matches WGSU’s present ‘aura.’”

That vibe, he says, is “smarter, friendlier” — heavy on synth and electronic alt-pop, “dream pop” and “chill” music — and more women artists and female-fronted or “all-girl bands” than commercial alternative-formatted stations typically play, Saffran says. “It’s simply great pop music — good enough to be played on commercial stations, but much of it hasn’t yet reached commercial radio because many of the artists are up-and-coming and lesser-known.”

The new show’s name represents another nod to history: In the 1970s, WGSU once went by “The Continuum.”

“So, that ‘thread,’” Saffran says, “also represents a ‘continuum’ stretching from WGSU’s earliest days up to today. There’s a connection in terms of the music and, now, the name of this new show, too.”

This week’s virtual version of the music festival will feature songs by and interviews with artists who were set to perform at this year’s Genny Fest — and a couple additional acts. Listeners will hear music from Nashville- based band Twen, New York City singer-songwriter Allison Leah, 2018 Genny Fest headliner Jackknife Stiletto and solo artist Elizabeth Fader.

“‘Gen-E Fest’ aims to elevate artists amidst the COVID-19 shutdown,” WGSU Marketing Director Ben Michalak says. “To demonstrate how we embrace our core value ‘community,’ we want to give musicians a platform to speak their truth and discuss their music, while also connecting our audience to their work.”

■ Allison Leah (SUNY Geneseo alumna Allison Altschiller), who performed at the first two Genny Fests (2018 and 2019), was set for a return engagement. This month, she released a new single, “We Can Still Sing,” written and produced in response to the COVID-19 pandemic. The song premiered May 1 on WGSU. Visit allisonleahmusic.com.

Genny Fest — and this year’s aptly named “Gen-E-Fest” — honor WGSU’s mascot, Genny (herself named for an affectionate nickname for Geneseo). The music and food-truck festival had been slated for May 1. With its cancelation due to the coronavirus pandemic, the station decided to move the virtual event to two weeks later — closer to the actual end of the academic year. In addition to interviews and music, other artists aired by WGSU will offer messages of congratulations and support to graduating seniors. (In place of this year’s postponed commencement ceremony, SUNY Geneseo is hosting a virtual “Senior Send-off Tribute to the Class of 2020” at 10 a.m. May 16.)

The next Genny Fest Music Festival & Food-Truck Frenzy, benefiting Friends of WGSU and future Genny Fests, is tentatively scheduled for May 7, 2021. For more information, contact Genny@geneseo.edu.

The “Geneseo Today” segment, which originally aired Oct. 19–20, featured a discussion with the college president about current campus issues and priorities. Bartolomeo, a senior communication major and dance minor from Huntington Station, N.Y., is the current executive producer and host of the weekly longform public-affairs interview show. The interview and other “Geneseo Today” segments are available on demand at https://www.geneseo.edu/wgsu/geneseo-today and soundcloud.com/wgsu/sets/geneseo-today.

“I was proud to represent WGSU at this year’s IBS conference,” said Madeleine Robbins, WGSU operations manager/news and public-affairs director and a senior communication major from Islip, N.Y. “Our staff does great work for both SUNY Geneseo and Livingston County. It was an honor to see some of our members be recognized as finalists in a variety of categories, and our ‘Geneseo Today’ host win an award. I enjoy helping this station grow, and I’m thankful to be part of the process.”

WGSU Faculty Director Michael Saffran said: “This year’s recognition is especially gratifying and reaffirming because of our high priorities, including community service through news, sports and, through Genny Fest, event management and promotion. When our students do well, their dedication and hard work benefits not only themselves, through experience, and WGSU, but also the larger community and the station’s listeners.”

Madyx won a UMA Music award, in 2016, for “Best International Music Video” for the song “Some Kisses.” The band’s latest singles include “Girl Boy,” “Jupiter” and “Where The Wild Things Are.” Other Madyx songs aired by WGSU include “Bad Decisions,” “Only Human” and “I Melt With You” (a remake of a 1982 track by Modern English). Madyx has been described as a blend of Pink and Katy Perry.

New York City-based Allison Leah has been called a “rising star” and garnered other accolades since releasing her debut EP, “Fly Home,” in June. WGSU, in 2017, became the first U.S. radio station to air her music in regular rotation by featuring “A Love Song.” Some of her other songs include “Black and White,” “Colorado” and “Landslide” (a remake of a track originally recorded by Fleetwood Mac).

(Jan. 27, 2019) — Genny Fest Music Festival & Food-Truck Rodeo, hosted for the first time last year by WGSU-FM (89.3), is a finalist for an IBS Award, in the “Best Station Contest/Promotional Event” category, in nationwide competition sponsored by the Intercollegiate Broadcasting System.

“The experience was nothing short of phenomenal, and I am so proud of the effort my team put into making the event such a massive success,” says Carlo, now a professional intern at Disney World in Orlando, Fla. “I was thrilled to watch my fellow students, as well as alumni, faculty and staff members, come together and enjoy three things we all love: Geneseo, music and food. Being nominated for an IBS Award is a wonderful honor and well-deserved recognition of the entire WGSU team.”

WGSU Faculty Director Michael Saffran ’85 says: “Kudos to Erin and everyone involved with Genny Fest 2018. It was only through their dedication and hard work that the event was such a tremendous success — not only for WGSU, but also for the larger community, Geneseo students and all of the station’s listeners.”

“Alternative Radio,” produced by Boulder, Colo.-based nonprofit Rise Up, bills itself as “Audio Energy for Democracy,” devoted to “preserving voices and opinions on public affairs that offer views often ignored or distorted in the mainstream media,” according to the organization’s website.

Recent shows featured discussions on “Preventing Nuclear Apocalypse” and “How Fascism Works” (an exploration into historical causes of fascism, including economic insecurity).

WGSU began airing the one-hour show Jan. 5 in a temporary time slot, running it in place of programs on holiday hiatus. Beginning Jan. 19, “Alternative Radio” moves to a new regular time slot, 8–9 a.m. Saturdays. WGSU can be heard online at wgsu.radio or bit.ly/wgsu-live.

WGSU welcomes feedback from listeners about any programming. Contact wgsu@geneseo.edu. 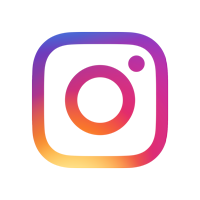