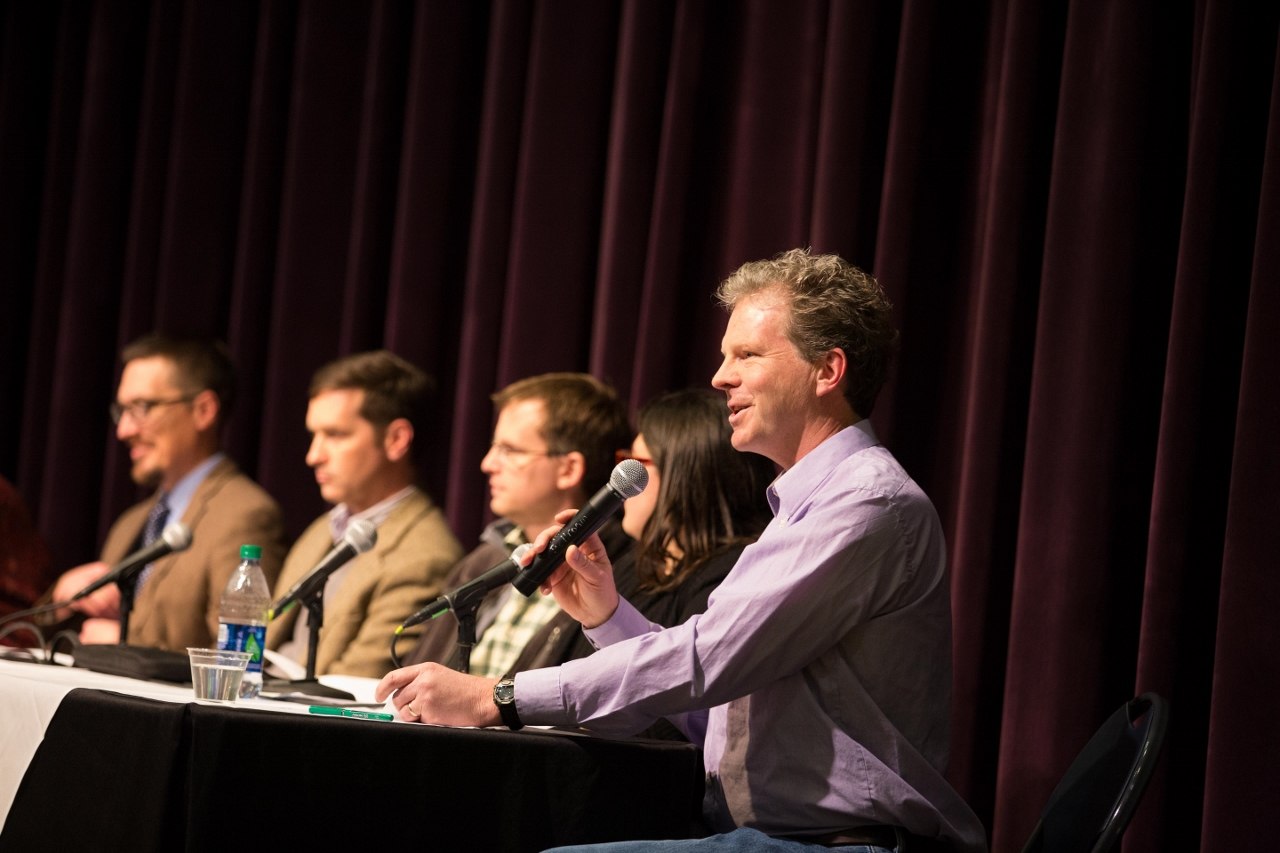 Ken Cooper received his Ph.D. from Vanderbilt University and has been a member of the Geneseo faculty since 1993. His research is interested in the meeting point of 1970s culture and ecology. He frequently teaches the courses Filming the Seventies, Renewable Futures, Contemporary American Literature, and Bioregional Literature. He teaches a digital course through the Council of Public Liberal Arts Colleges called Storied Landscapes: 21st-Century Nature Writing. In collaboration with Geneseo Milne library archivist Liz Argentieri, Cooper and Argentieri have introduced the Open Valley course, a digital humanities project interested in ecology. In the course, students examine local history and culture through a bioregional lens, often pairing with local societies like nearby Genesee Country Village. The Open Valley course responds to growing student anxieties concerning the application of the English major, suggesting that writing skills can be useful in partnering with various organizations. He has also collaborated with Professors Garrity and Hannam for an interdepartmental course on Geographic Information System (GIS).