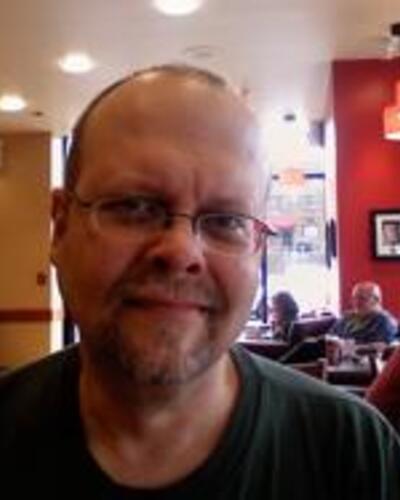 Graham Drake received his Ph.D. from the University of Pennsylvania and became a member of the Geneseo faculty in 1989. He teaches courses in medieval literature, the Bible as literature, history of the English language, and Canadian literature. He currently serves as the Interim Director of the Medieval Studies program at Geneseo. He studies and publishes works related to medieval romance and LGBTQ issues in the Middle Ages which have been featured in GLQ: A Journal of Lesbian and Gay Studies and SMART (Studies in Medieval and Renaissance Teaching). He co-edited Four Romances of England: Athelstan, Bevis of Hampton, Havelok the Dane, and King Horn with Ronald Herzman and Eve Salisbury (Medieval Institute, 1999) and recently published “Queering the Medieval Classroom” which was featured in SMART.

Drake is one of SUNY Geneseo’s pre-law program advisors and serves as the Geneseo Pre-Law Chapter, Phi Alpha Delta. He is active in the study abroad program; he teaches or directs courses in Athens, Berlin, Oxford, and London during summer and winter breaks. He is also the Assessment Coordinator as well as the Internship Coordinator.