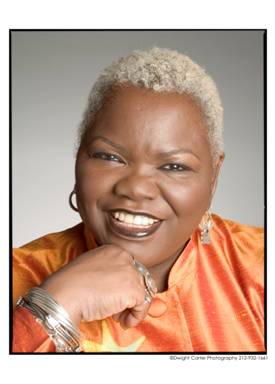 Barnwell, who completed B.S. and M.S. degrees at Geneseo in Speech Pathology, is a musician, composer, arranger, singer, member of Sweet Honey in the Rock, and master teacher and choral clinician in African American cultural performance. In 2001 she was among the distinguished alumni featured in Proudly Geneseo. As a student, she was very active and involved, performing with the Chamber Singers and as a solo folksinger; acting in numerous plays; spearheading invitations to visiting performers (including the Alvin Ailey Dance Company and Andre Watts); tutoring migrant workers, joining the Northern Student Movement organization, and working with other students and faculty to support the Civil Rights Movement. When Dr. Martin Luther King, Jr. was assassinated in 1968, Barnwell was completing work on her Geneseo master's degree and was asked to sing at Geneseo's first memorial commemoration for Dr. King. Dr. King’s violent death also inspired her to seek a teaching position at a HBCU (Historical Black Colleges and Universities), leading to her first appointment at Howard University.

In addition to her Geneseo degrees in Speech Pathology, Barnwell has a PhD in Speech Pathology from the University of Pittsburgh, an M.S. in Public Health from Howard University, and an Honorary Doctorate of Humane Letters from alma mater, Geneseo. Her career as musician, actor and writer follows twelve years as professor at the College of Dentistry, Howard University, and work as Project Director on community health, technology, and art projects. Barnwell has been a commissioned composer on numerous choral, film, video, dance, and theatrical projects. For example, in 2003, the Choral Arts Society of Washington, D.C. premiered Truth Pressed to Earth Shall Rise, a choral work, in honor of Dr. Martin Luther King, Jr. More recently, she was commissioned by the Waterbury Symphony Orchestra (Waterbury, CT) to compose a musical setting for Marilyn Nelson's epic poem Fortune's Bones: The Manumission Requiem. This cantata premiered in 2009.