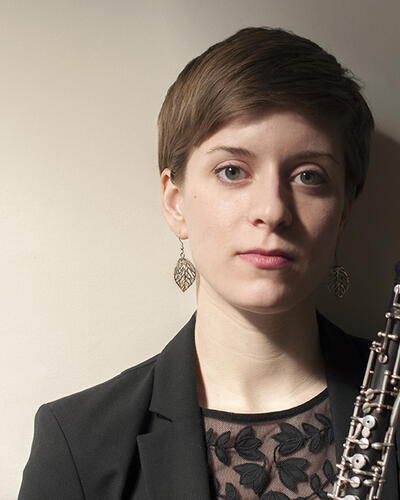 Megan Kyle performs as a soloist, improviser, chamber musician, and orchestral musician throughout the Western New York region. She tackles standard repertoire and new music with equal enthusiasm, and enjoys making sense and nonsense of unfamiliar sonic experiences as a listener, performer, and teacher. She believes strongly in the importance for developing musicians to cultivate technical fundamentals and creative musical ideas alike, and to experience the reciprocal relationship between the two.

As a chamber musician and new music specialist, Ms. Kyle performs with the Buffalo-based new music ensemble Wooden Cities, serves as a performer for the interdisciplinary arts initiative Null Point, and is a founding member of several chamber music projects in Buffalo, including the oboe/piano/violin/cello quartet The Evolution of the Arm and the voice/oboe duo Senso di Voce.

She teaches oboe and English horn at Houghton College, SUNY Geneseo, and SUNY at Buffalo and performs as a member of the Geneseo Wind Quintet.