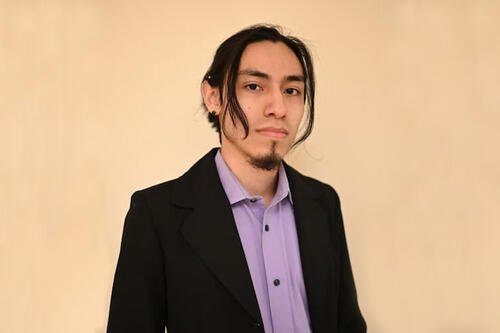 Brandon Perez '23, a history major from the Bronx, NY, has won a 2022–23 Fund for Education Abroad (FEA) Gateway International Group Scholarship to help fund his Fall 2022 semester study abroad to Rikkyo University in Japan. FEA provides scholarships for international experiences to students who are underrepresented among the U.S. study abroad population.

Perez is a first-generation Mexican American and the first in his family to attend college. He sees himself as having a “hybrid national identity” and wants to serve as an example of an American world citizen to the Japanese people. “Like America, I am multicultural, so representing that diversity abroad in a more homogenous country would be significant,” he says. “I will be able to represent what it means to be both an American and a Mexican American. I want the Japanese people to understand the word ‘American’ means many things, part of it being open to and learning about other cultures.”

Perez expects to learn more about cross-cultural understanding between the Japanese and Mexican people while studying in Japan. “During the Spanish colonial period, the Japanese interacted with Mexicans through visiting samurais. One of the Rikkyo classes explores Japanese and Latin American culture and society, which will allow me to see their contrasts,” he says. “Moreover, my work in cultural history revealed another connection between Japanese and Mexicans through a Chicano subculture I will interact with in Tokyo.”

Exploring Japan’s Chicano subculture may be a significant academic experience for Perez’s future plans. “Witnessing the transculturation of a subcultural identity in Japan could become a thesis topic for a graduate degree in cultural studies at a school like Claremont University, whose program focuses on Spanish culture,” he says. “Doing so will allow me to apply my Tokyo experience to my coursework since Claremont is in California, a state that boasts a significant Chicano scene.”