A Q&A with Jason Ozubko: 'I Study Human Memory' 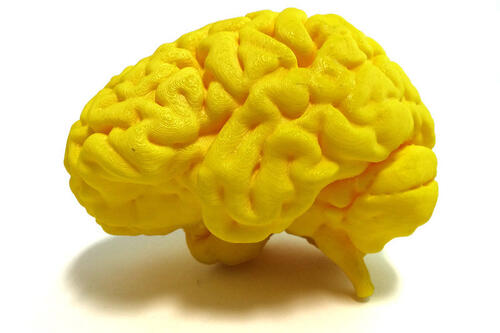 Assistant Professor Jason Ozubko runs the Human Cognition and Memory Labratory at SUNY Geneseo. Ozubko, a faculty member in the Department of Psychology, was recently awarded a grant from the National Institute on Neurological Disorders and Stroke, a part of the National Institutes of Health (NIH), to study spatial memory using Google Street View. The project, which is aided by undergraduate researchers, is in its second year.

What is memory research, and what are some of the big questions in the field right now?

Generally, researchers in the field of memory are trying to understand how neural activity in the brain lead to the experiences of remembering and forgetting. The brain is just a bunch of cells, so how do a bunch of cells remember anything? We’re also interested in understanding what areas of the brain are important for memories.

There is also an applied clinical side to this. Memory is something that people tend to lose as they age. Researchers are looking into ways the brain can deteriorate, and if there are ways we can slow that down or reverse it. We know that memory loss is an early symptom for a lot of dementias. When someone loses their independence, it’s often due to a memory issue—they can’t remember where they are, or how to get around anymore, for example.

There seems to be more interest in memory loss in recent years, notably around Alzheimer’s and traumatic brain injuries due to sports and military combat.

It’s true. Memory is one of the larger subdisciplines of psychology and cognitive neuroscience; it taps into a lot of different fields. To have an identity of yourself, you have to remember the past. To solve a problem, you have to remember past experiences and how you solved similar problems. Of course, not everything boils down to memory, but it’s a huge field—and even people who aren’t studying memory are touching on aspects of it and making contributions to it.

What is your area of specialty?

I’m interested in two broad areas. I’m interested in understanding the mental characteristics of episodic memories: What they’re like, how they are retrieved, how they’re utilized, how they break down, and when they’re forgotten and why. When people say they remember something they did, they’re talking about episodic memories—they can replay it in their mind. If you lose functioning in the hippocampus—as can happen with certain types of amnesia—you lose the ability to form these kinds of memories. You may have feelings about something being familiar and even have a sense that you’ve experienced it before—but you really can’t remember it.

My other interest is in spatial memory. Episodic and spatial memory can be studied separately, but they are also connected. An example is in the ways we think people navigate their surroundings. You probably experience this yourself when you’re in an unfamiliar area. You get to an intersection, and you run through the options in your head. “What would be down that way?” “What if I go down there?” We think that this mental simulation also happens when people retrieve their episodic memories. They’re mentally simulating the past—thinking about what they did yesterday—they can “see it.” The same brain areas that people use when they recall episodic memories seem to be the same areas they rely on when they need to navigate through a new place.

How did you get into the research side of psychology?

It was a combination of my skills and my supervisors. I started in an undergraduate lab at the University of Toronto. A grad student noticed that I was handy with psychology statistics. He recommended that I join Steve Joordens’ lab. I learned the ropes there and got a strong background in designing experiments, how to ask a research question, come up with an experiment to test it, and how to analyze the data.

I didn’t do much with the brain until I went to graduate school and worked with Colin MacLeod, who looked at the memory benefits people got when performing an action rather than just talking about it. I also did a graduate program at UC Davis, working with Andy Yonelinas. He does a lot of brain-based work, and he’s also interested in episodic memory, so it was a great fit for me. For my post-doc, I got involved in a cognitive neuroscience lab. I think my post-doc supervisor, Morris Moscovitch, had the most significant influence in shaping what I’m currently working on.

We developed software that allowed us to bring Google Street View into the lab—we could study people virtually navigating in the lab. Until then, researchers would repurpose old video games and have people “walk through” levels, or take videos walking in New York City and use them in the lab, or something like that, but using Google Street View is far more dynamic. People can “walk” wherever they want. We developed some fMRI studies that try to look at the brain areas being used when people do this kind of navigation. Over the past eight years, I’ve been expanding that line of research.

Did you always know psychology was your niche?

My original undergrad major was computer science! In high school, I used to make computer games—part of the reason that I was able to do the Google stuff is that I have the programming ability to design all the software—so I’ve always been interested in computers as a hobby. As I got into psychology, I saw an attempt to solve this other computer, the mind. I’m a computer-y puzzle guy, so that stuff all appealed to me. If I had stuck with computer science, I probably could have finished, but my grades wouldn’t have been as good as they were in psych because psych clicked for me.

You recently received an NIH research grant. What is the project?

My grant is a three-year NIH Research Enhancement Award that supports my Google navigation project. What we’re trying to understand is how spatial memories form over time. Imagine if you moved to a new town. In the first couple of days, it’s kind of hard to know where you are. You might get lost; you’re paying close attention to what’s around you. Then six months later, you’re zipping around town. You don’t even have to think about where you’re going. How does that happen?

There’s a lot of evidence in the literature that the brain areas active in those first few days versus six months later are very different, suggesting that you’re using different kinds of memories about the space you’re navigating. So we want to know, how do those memories develop and change? In particular, we are interested in seeing if we can nudge you one way or another to have your memories develop in slightly different ways, so you learn to navigate differently.

What does that research look like in the lab? If I was taking part in the study, what would I experience?

If you were a subject in the experiment, on your first day, we’ll start you off on a route in Pittsburgh using Google Street View. We’ll tell you to go to a particular destination—you just follow the arrow. At intersections, we’ll quiz you, “Which way should you go next?” The first time through, you’re not going to know, so you’ll guess. We do that a handful of times the first day, so by the fourth or fifth time, you’ll be reasonably accurate. Over the course of five days, we’ll add three more routes—all the routes share a common intersection. On a final sixth day you’ll come into the lab and we’ll test how well you can navigate around town under various conditions. For instance, one thing we’re testing is whether people can figure out alternate routes around town if there is a roadblock along a route.

Another aspect of our study is how we try to nudge you to think about environments in different ways over the five days of training. After a subject walks the route, we’ll give them a little memory test about what they saw. For one group of participants, we ask, “Did you see X, did you see Y?”, basic recognition questions. For another group, the memory tests focus on having them imagine what would happen if they went backwards or took other routes. Or we might ask, “Here are two buildings on the route. Which one came first?” We’re essentially asking them to do mental simulations—they have to imagine where they would be to answer the question.

A lot of the design of the study comes from animal research. We have a lot of data on rats and what they do when we put an obstacle in front of them. We know how they solve it the first time vs. the fifth time. From that, we have hypotheses about how people should behave.

For instance, we know from all the work done with episodic memory and spatial memory that imagery-focused questions (like “which building came first?”) should engage the hippocampus. Both groups are going to learn the routes the same way, but they’re going to get different quizzes about the routes. We think the group that gets the mental simulation questions are ultimately going to develop mental maps that rely on the hippocampus because that’s how they were asked to think about the space. The other subjects may have those maps unloaded in different areas of the brain. Long-term memories are not always in the hippocampus.

Do you have any undergraduate students working in your lab?

My lab is quite big. I have about 12 students working in the lab every semester. It’s a lot of students, but we have too many good students with too many good ideas! Molly Brady '19 and Luke Bamburoski ’19 were two very important students during the development of the project. They tested the Google Street View experiment for months before it was subject-ready. They were the eyes and ears on the ground for the project since it started. They were amazing.

I try to take undergraduates in my lab as far as they want to go: Collecting data, analyzing the data, presenting, and even writing. We submitted an article for publication this summer that includes Luke as a coauthor. It was something that he’d been working with me on for a few years.

Right now I have three hard-working undergraduate students continuing to run the project: Brooke Demetri '20, Harris Schwab '21, and Kaitlyn Bertleff '21. They just recently gave a research presentation to our department about our preliminary results, which is exciting. And we’re coordinating with the University of Rochester Center for Advanced Brain Imaging and Neurophysiology to begin the brain scanning portion of our study in the spring!