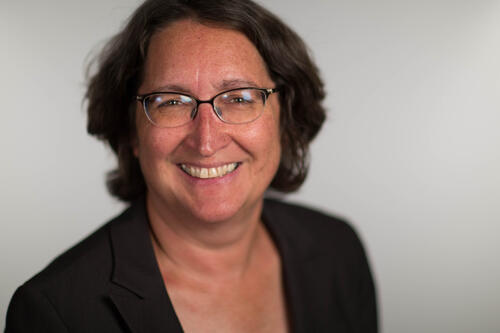 Kathryn Hochstetler, a professor of international development at the London School of Economics and Political Science, will deliver the annual Kenneth Roemer Lecture on World Affairs at SUNY Geneseo. Her talk, “Responsibilities in Transition: Emerging Powers in the Climate Change Negotiations,” will take place on Thursday, April 11, in the Doty Recital Hall at 2:30 p.m. The event is free and open to the public.

“Professor Hochstetler’s research is path-breaking in the field of environmental politics," said Karleen West, associate professor of political science and international relations. "Climate change is one of the most important issues in the world today, and it disproportionately affects people who live in the developing world. Professor Hochstetler’s talk will shed light on how developing countries can advocate for themselves in the international arena while also highlighting the obstacles they face in advancing climate change policy that best protects citizens of the Global South.”

Hochstetler has been studying Brazilian environmental politics since 1989, returning to the South American country almost every year. Since the 2009 international climate negotiation in Copenhagen, she has been tracking the changing role of the BASIC countries — Brazil, China, India, and South Africa — as they have been rethinking their international climate responsibilities as emerging powers.

Hochstetler has published widely on environmental policy in Brazil and other emerging countries, including the prize-winning book Greening Brazil: Environmental Activism in State and Society (Duke University Press, 2007). She has a forthcoming book on the development of wind and solar in Brazil and South Africa.

The Kenneth Roemer Lecture on World Affairs is a memorial to Roemer's longstanding interest in global issues. Spencer J. Roemer, emeritus director of admissions at Geneseo and member of the Geneseo Foundation Board of Directors, endowed the series in his brother’s name.