Teaching Stand-up Comedy Is No Joke 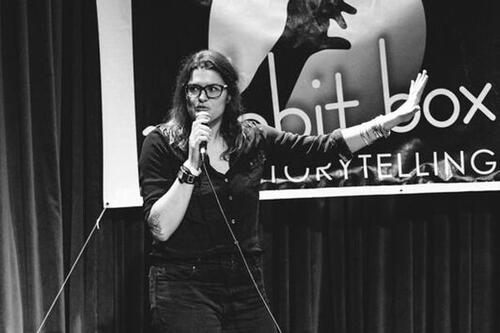 There’s a YouTube video of Lee Pierce, assistant professor of communication, performing a stand-up comedy routine involving a Roto-Rooter man and a kitty litter box. The piece is genuinely funny, but Pierce says its value lies not in the laughs it gets but in how it transgresses the norms of feminine hospitality. It’s that combination—of comedy plus social commentary—that she teaches students in her course The Rhetoric of Stand-up.

“Stand-up comedy has long been a vibrant form of cultural criticism, uniquely capable of normalizing and disrupting social values under the guise of entertainment,” Pierce explains. The class combines rhetorical theory and criticism with advanced public speaking, and students examine comedic texts, create and perform their own material, even rewrite other comedians’ bad jokes.

They also watch a lot of stand-up comedy, and Pierce is quick to admit that such a course could easily devolve into just laughing at YouTube clips. That’s not the objective, nor is teaching students how to tell a joke—though if a student learns to do that, Pierce is thrilled. The goal, she says, is to make students think critically about comedy.

Pierce begins by shifting their vocabulary, removing words like offensive from the discussion. “Offense is a personal reaction, not a collective feeling,” she says. “Giving students specific language to describe what they’re hearing also gives them an out between the two poles of comedy—politically correct liberal snowflake you-can’t-say-anything on one side, and dirty shock-jock everything’s-on-the-table on the other.” 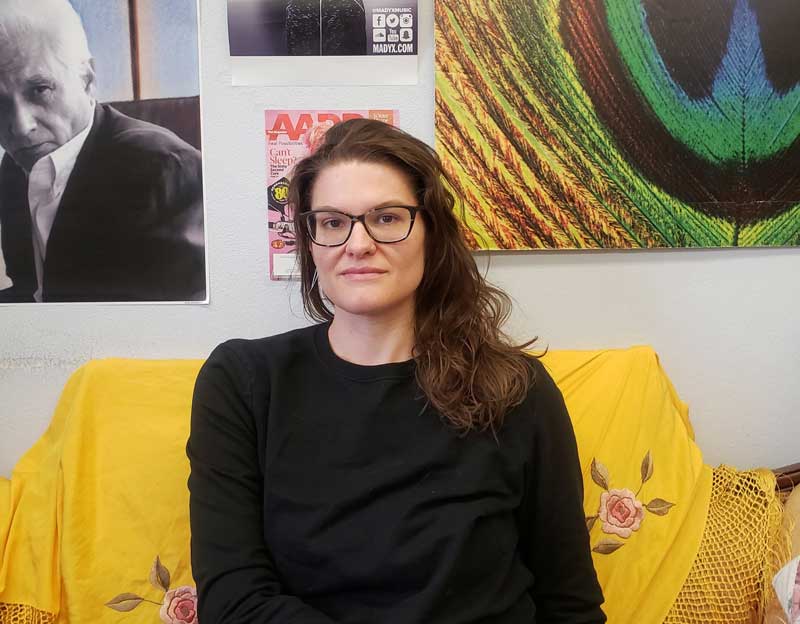 Between those two comedic poles are wide gray areas of social transgression that Pierce explores with her students. “Comedy is this weird liminal space,” she says. “It’s the transgression of the social propriety that creates the comedy, but that doesn't mean all social transgression that people laugh at is worthy comedy. Instead of asking students Is it offensive?, I've asked them Is the potential offense at the individual level worth the shift in collective social understanding? Or in other words, Is the juice worth the squeeze?”

Students learn to identify and value that kind of productive social transgression. “We sometimes forget how close comics are to civil rights speakers and social activists,” Pierce says. Two risk-taking 2019 performances that she particularly admires are Amanda Seales’ I Be Knowin’ and Dave Chappelle’s Sticks & Stones, which she appreciates as a work of craft. “I’m not saying that it’s an exemplar of what we want in a comic, but the careful thought with which he constructed the performance is unlike other comedy that I’ve seen,” she says. “It shows comedy as a public speaking act.”

The rhetoric of stand-up

College courses on the rhetoric of stand-up aren’t being taught everywhere, and Pierce understands why. “It’s really hard to teach a class where the goal is to be transgressive—you never know when you’re stepping too far over the line for the purpose of teaching, and you never know when you’re playing it so safe that the students aren’t getting anything out of it,” she says.

SUNY Geneseo is the rare campus that welcomes such a course, and Pierce says teaching it has deepened her research into the subject. Current research on the rhetoric of comedy tends to focus on comedy in general, women comedians, or satire, so Pierce’s work is breaking new ground. Her book on the subject, The Price of Admission: Rhetoric, Stand-up Comedy, and Cancel Culture (anticipated 2022), will introduce a theory of productive rhetorical transgression versus reifying transgression, or the difference between using stand-up to teach or to troll.

“There’s so much comedy coming out—some that’s socially transgressive and edgy but in a very cool productive way, some that toes the line, and some that’s just straight-up crap,” she says. “The students bring in more and more examples, and we keep having our debates: Is the juice worth the squeeze?”