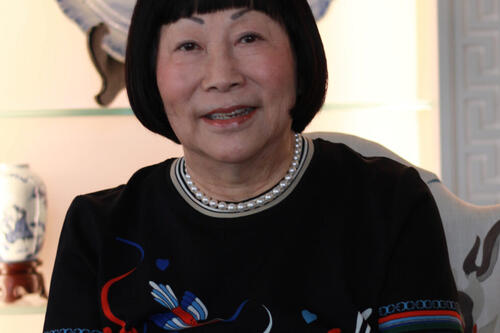 Ambassador Julia Chang Bloch will deliver the James Jeremiah Wadsworth Lecture at SUNY Geneseo on September 14, in the Doty Recital Hall at 6 p.m. The event is free and open to the public.

Bloch, who is the first Asian American to hold such rank in US history, will speak on the subject "Will Gen Z Save or Break the US-China Relationship?"

Bloch has had an extensive career in international affairs and government service, beginning in 1964 as a Peace Corps volunteer in Sabah, Malaysia, and culminating as US Ambassador to the Kingdom of Nepal in 1989, before moving into the private sector and helping to lead numerous nonprofit and corporate organizations and publishing extensively in her field.

Bloch began her career with the US Agency for International Development, from 1981 to 1988, as assistant administrator of Food for Peace and Voluntary Assistance and as assistant administrator for Asia and the Near East, positions appointed by the president and confirmed by the US Senate. She also was the chief minority counsel to a Senate Select Committee, a Senate professional staff member, the deputy director of the Office of African Affairs at the US Information Agency, a fellow of the Institute of Politics at Harvard University’s Kennedy School of Government, and an associate of the US-Japan Relations Program of the Center for International Affairs at Harvard.

After 25 years in government service, Bloch moved to the corporate sector in 1993, becoming group executive vice president at the Bank of America, where she created the corporate relations department, heading the bank’s public relations, government affairs, and public policy operations. From 1996 to 1998, she moved into philanthropy, serving as president and CEO of the United States-Japan Foundation, a private grant-making institution with $100 million in assets. Beginning in 1998, Bloch shifted her focus to China, first becoming visiting professor at the Institute for International Relations and executive vice chairman of the American Studies Center at Peking University, and subsequently affiliating with Fudan University in Shanghai, as well as the University of Maryland as ambassador-in-residence at the Institute for Global Chinese Affairs.

A native of China who came to the US at age 9, Bloch earned a bachelor’s degree in communications and public policy and a master’s degree in government and East Asia regional studies from Harvard University. She has also been awarded an honorary Doctor of Humane Letters degree from Northeastern University.

In addition to her government and business expertise, Bloch has received numerous awards and helped lead corporate and nonprofit boards for many years, including the Asia Institute for Political Economy and the Council of American Ambassadors. She serves on the editorial board of Berkshire Publishing Group’s Encyclopedia of China as well as several other organizations.

The James Jeremiah Wadsworth Lecture is an endowed annual talk established in memory of the former United Nations ambassador’s quest for world peace by his daughter and son-in-law Alice Wadsworth Strong and Trowbridge Strong.