Join the Center for Integrative Learning (CIL) for a special panel discussion with rural leaders from across the country and western New York, to kick-off the CIL's new Genesee Valley Rural Innovation Institute.

Learn about the exciting potential and opportunities emerging from rural America and the ways higher education institutions are partnering with local communities to develop the ecosystems and talent needed to create sustainable and dynamic 21st century rural economies.

Matt Dunne is the founder and executive director of the Center On Rural Innovation, a national nonprofit action tank committed to creating economic opportunities in rural America through the development of inclusive digital economy ecosystems that support entrepreneurship and job creation.

Matt served 11 years in the Vermont House and Senate, enacting the state’s first broadband grants, brownfields revitalization funding, and downtown redevelopment program. He helped grow a VT-based software company to over 100 people and was Associate Director of the Rockefeller Center on Public Policy at Dartmouth College.

In 1999 Matt was appointed director of AmeriCorps/VISTA under President Clinton, where he led PowerUp, one of the first national efforts to bridge the digital divide, and launched an Entrepreneur Corps to focus on micro-finance in high-need communities.

In 2007, he started Google’s Community Affairs division out of a former bread factory in White River Jct, VT, where he led all local US philanthropy and engagement, including the Google Fiber rollout and orchestrating educational and development initiatives in Google’s data center communities across rural America.

Matt has a BA from Brown University and is a lifelong Vermonter who lives on the 100 acre farm where he was raised. 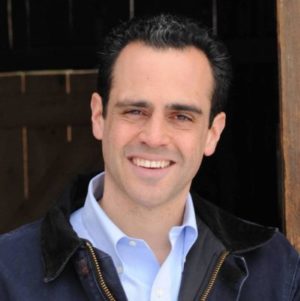 Matt Dunne, Founder and Executive Director, of the Center On Rural Innovation (CORI)

Benya Kraus calls home a fusion of Waseca, MN and Bangkok, Thailand. Searching for a pathway back to serve in her rural hometown after graduating from Tufts University in 2018, she realized that little infrastructure and cultural narrative existed to bring young talent back to small towns, rural, and economically distressed urban communities - particularly to engage in public service.

She went on to co-found Lead for America, a national nonprofit that supports young talent in returning to their hometowns through two-year paid fellowships with the mission of catalyzing community renewal and strengthening our public institutions. Supported by the Bush and McKnight Foundations and ServeMN, Benya has returned home to Minnesota to launch Lead for Minnesota - the next state affiliate headquartered in her hometown of Waseca, where she supports homecomers across 40 rural communities in Minnesota, and over 200 nationwide.

In addition to Lead for America, Benya serves as the youngest member elected to the Amnesty USA Board of Directors, was appointed by Governor Walz and Lt. Governor Flanagan to the Minnesota Young Women's Cabinet and most recently the Governor’s Workforce Development Board, and is involved in her hometown community as a board member of the Waseca Area Foundation and is helping to develop a rural entrepreneurial ecosystem in Waseca. 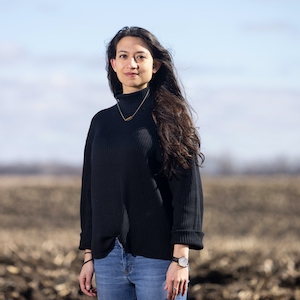 Mr. Coyle, whose family roots in the City of Buffalo date back to the early 1800s, grew up in South Buffalo, NY graduating from Bishop Timon-St. Jude High School. After completing a Congressional Internship in the Office of US Congressman Jack Quinn, he went on to college and received a Bachelor of Arts degree in Political Science from St. Bonaventure University, where he met his wife, Cassie, now a 3rd grade teacher in Livonia. He then received a Master of Public Administration (MPA) degree with a specialization in Local Government Management from the Nelson A. Rockefeller College of Public Affairs and Policy of the University at Albany. Presently, he is nearing completion of his doctorate through the Doctor of Public Administration program at Valdosta State University.

An adjunct professor of public administration since 2007, Mr. Coyle has taught courses for nearly a dozen colleges and universities including Geneseo, Brockport, Northern Illinois and North Carolina Central and has been a training instructor for both Cornell University’s Municipal Clerks Institute and for New York State Association of Counties' Workshops.

Currently he is on the Board of the National Association of County Administrators and the NYS City/County Management Association. Mr. Coyle also founded and serves as a volunteer youth basketball coach for the Livonia Lumberjacks AAU basketball program and also volunteers as a mentor and coach with Braven and ICMA, respectively. He lives in Livonia with his wife and two sons, ages 15 and 13. 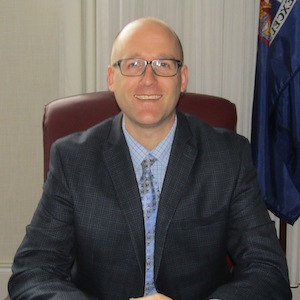