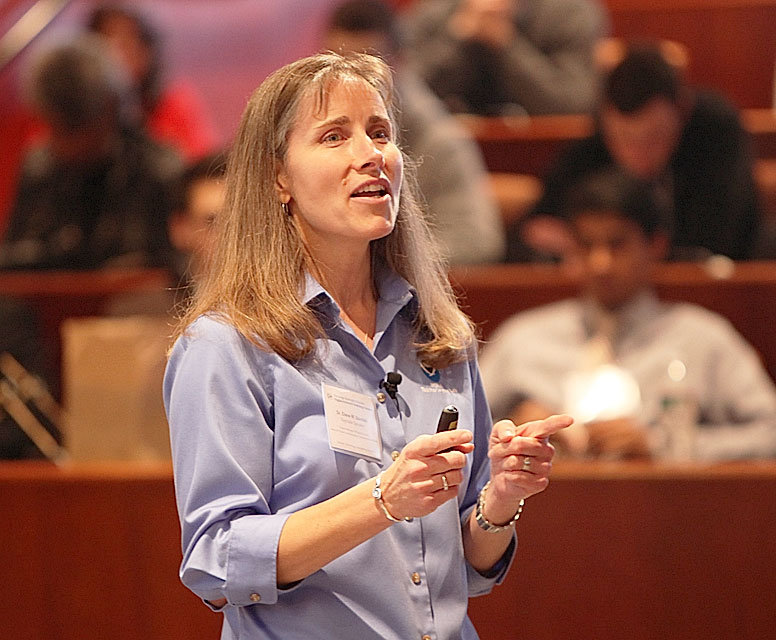 Dr. Diane Stanitski graduated from SUNY Geneseo in 1989 with a double major in Geography and Communications while also spending four years on the intercollegiate women’s soccer team as a Geneseo Knight.  Her growing interest in climate led her to graduate school at Arizona State University where she had the opportunity to conduct fieldwork at the top of the Greenland Ice Sheet and across the Juneau Icefield in Alaska.  She completed her dissertation research along the Colorado River studying the impacts of Glen Canyon Dam on the downstream riparian climate.

In 1997, Diane became a professor in the Geography-Earth Science Department at Shippensburg University, PA where she took students to the field and taught courses in the outback of Australia, the depths of the Grand Canyon, and rural Vietnam.  After a 3-week journey to the tropical Pacific as a Teacher at Sea, Diane transitioned to working for the National Oceanic and Atmospheric Administration (NOAA) where she received the NOAA Environmental Hero Award for her work in science education. Diane first worked as a program manager in the NOAA Climate Program Office, supporting an international OceanSITES program that involved populating the ocean with buoys and emerging technology to improve our understanding of the changing climate.

Diane now serves as Deputy Director of the NOAA Global Monitoring Laboratory (GML) in Boulder, Colorado, overseeing atmospheric monitoring stations around the world where critical observations are made of greenhouse gases and other important atmospheric constituents.  The science conducted at GML contributes to the Intergovernmental Panel on Climate Change (IPCC) and other major scientific reports.  Additionally, Diane serves as co-chair of the US Global Change Research Program’s Observations Interagency Working Group, coordinating NOAA's climate observing efforts with other federal agencies. She previously served as the Executive Director of the PA Geographical Society, Director of the Climate Specialty Group of the Association of American Geographers, and a co-chair of the American Meteorological Society’s Symposium on Education.

Diane has co-authored five children’s science books and enjoys traveling, sailing, cycling, ham radio, and volunteering in her church and community. Her career has taken her to more than 40 countries across six continents. She also taught climate change and geography courses at the US Naval Academy, University of Colorado at Boulder, and Montana State University during her 15-year teaching career.