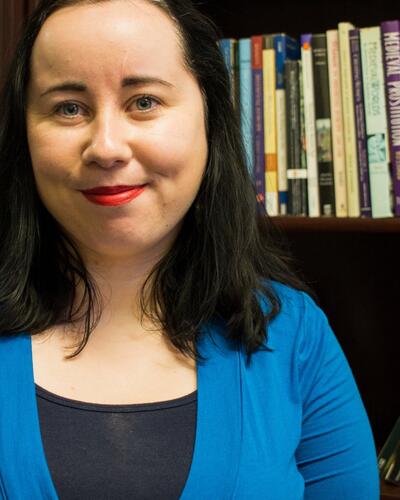 Yvonne Seale has been a member of the Geneseo faculty since 2016.

Professor Seale is a historian of medieval women and the social history of religion, with a particular focus on the history of the Premonstratensian Order in twelfth- and thirteenth-century France. At Geneseo, she teaches courses on medieval and digital history, and is a Faculty Affiliate with the Center for Digital Learning.

Her writing has appeared in publications such as the Journal of Medieval Monastic History, Medieval People, Revue d’histoire ecclésiastique, and The Public Domain Review. Her edition of the thirteenth-century cartulary of Prémontré, co-edited with Heather Wacha, is forthcoming in 2022 with the Medieval Academy of America.

She is the recipient of the Teaching Association for Medieval Studies Teaching Award for College Educators, 2019-2020.

You can follow Professor Seale on Twitter @yvonneseale or read about her latest research at her blog. Use the links below to learn more about her publications, or to see which classes she's teaching this semester.