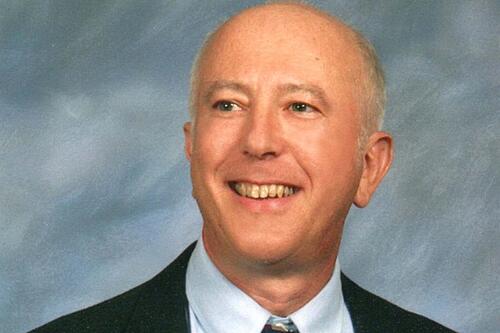 Creating Opportunities for Generations of Students

John Merchant ’70, who earned Bachelor of Science degrees in elementary education and biology from SUNY Geneseo, is recognized by the College as one of our most generous donors. In addition to annual gifts and creating an endowed scholarship in 2008, John recently made a major gift through his will to support the College’s greatest needs.

John’s generosity and vision to support Geneseo and invest in students’ futures demonstrate his life-long desire to develop young adults. He says his own family had limited resources growing up, and he was fortunate to receive scholarships and grants that helped him fill the financial gap when he was a student. Through his support, John is creating opportunities for generations of Geneseo students.

John has given back in other ways. He has been a leader in the Boy Scouts of America for over 40 years, serving in a variety of positions, including unit leader and Order of the Arrow Adviser. He is currently serving on a number of committees for the National Capital Area Council in Bethesda, MD. “The Boy Scouts allows kids to see how valued they are and builds leadership skills,” says John. He also supports youth charities, such as the Covenant House, which helps provide shelter, food, and other care to homeless youth.

John’s desire for mentoring and caring for youth is no surprise. He was a summer camp counselor during most summers while in college. After graduating from Geneseo, his first intention was to become a teacher, but in 1970, John faced a draft lottery during the Vietnam War and would potentially be drafted into the Army. Instead, he joined the Air Force, serving for eight years, including tours in the Middle East and the Far East.

In the Air Force, John received training and experience in computer engineering in space and telemetry science. The skills he gained launched his career in computer engineering and software development. After serving, John began working for a Virginia-based engineering firm that grew and eventually was bought by and absorbed into Northrop Grumman, a global aerospace and defense technology company with more than 90,000 employees. He recently retired as a senior engineer after working there for 40 years.

When he was a Geneseo student, John fondly remembers taking classes with Myrtle “Myrt” Merritt, for whom the Myrtle A. Merritt Athletic Center is named. “One of the most impressive professors I had was Dr. Merritt,” says John. “I often find myself quoting her: ‘you need to exercise to play sports, not play sports to exercise.’”

He also reminisces about the long, windy walks during the winter on campus. “You had to cross the tundra off to Nassau and Suffolk dorms and Red Jacket dining hall over there,” John remembers. “And boy, those walks from there to the main campus, you had to really bundle up sometimes when the wind was coming across the valley in the wintertime.”