In March 2012, artist, educator, and New Orleans native Steve Prince visited SUNY Geneseo to share his art and discuss issues confronting New Orleans and the United States in the continuing recovery from scars left by Hurricane Katrina.  Situating his talk within New Orleans' unique funerary traditions of the dirge and the second line, Prince discussed ways to find healing and restoration within African American cultural practices.  Participants embarked on an American historical journey using the visual arts to grapple with deep moral and ethical dilemmas circulating around race, sex, power, and spirituality. 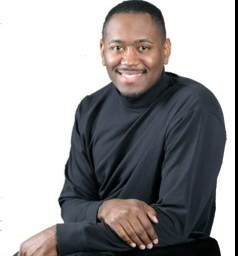 Renowned British novelist Andrea Levy visited SUNY Geneseo in April 2011 to discuss her craft and read from her latest novel The Long Song.  Set in Jamaica in the early 19th century,  The Long Song explores the relationship between Great Britain and the Caribbean during the last years of slavery and the period immediately after emancipation.  The daughter of Jamaican migrants herself, Levy uses her fiction to expand British history to include her ancestors. 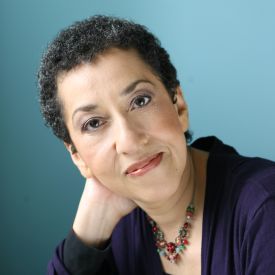 In September 2007, Hasan Kwame Jeffries, Associate Professor of History at Ohio State University, delivered a lecture entitled "Making Sense of the Madness: Decoding the Many Responses to Black Power."  Jeffries visited SUNY Geneseo again in February 2010 and gave an address entitled "Freedom Politics: From the Black Panthers to Barack Obama."  The lecture was based on his recently published book Bloody Lowndes: Civil Rights and Black Power in the Alabama Black Belt, which chronicles the establishment and influence of the all-black Lowndes County Freedom Organization (LCFO) in rural Lowndes County, Alabama. 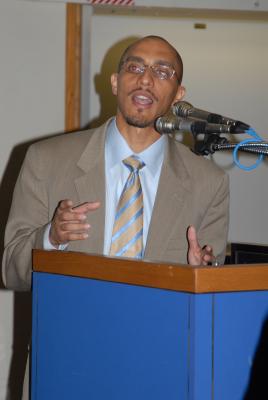 Performance artist and poet Dorothea Smartt, whose poetry tackles multilayered cultural myths and the real life experiences of black women, performed her poetry in Geneseo in 2004.  Born and raised in London and of Barbadian heritage, Smartt blends both standard and Caribbean English into a variety of poetic forms.  Smartt's poetry appears in several groundbreaking anthologies, including Bittersweet (Women’s Press, 1998), The Fire People (Payback Press, 1998),   Mythic Women/Real Women (Faber, 2000), and IC3: The Penguin Book of New Black Writing in Britain (2000). 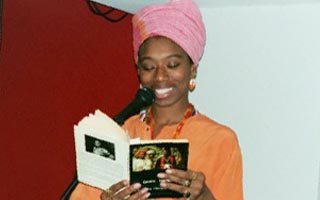 Civil Rights Movement leader Julian Bond visited SUNY Geneseo in 2007 and presented a lecture entitled "Civil Rights: In the Day, Today, and Tomorrow," linking the history of the Civil Rights Movement with the struggles of African Americans and the poor today.  Bond was a founding member of the Student Nonviolent Coordinating Committee (SNCC) and served as its communications director from 1961 to 1966.  He was also a founding member and president of the Southern Poverty Law Center, as well as the chairman of the National Association for the Advancement of Colored People (NAACP) from 1998 to 2010. 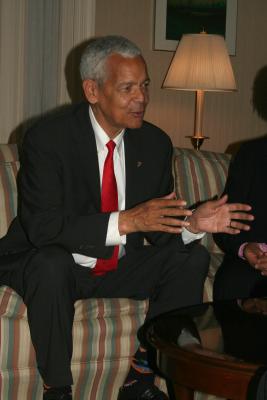 In January 2008, artist Keith Morris Washington presented an exhibit in SUNY Geneseo's Bertha V.B. Lederer Gallery entitled "Within Our Gates: Site and Memory in the American Landscape," painting a complex picture of race and culture in America by memorializing unmarked sites where lynchings occurred.  Focusing on incidents in America from the Reconstruction era to the present, Washington labeled his paintings with descriptions of each incident and victim to provide historical context for the viewer.  Washington lives and studies in Boston, where he serves as a member of the faculty at Massachusetts College of Art. 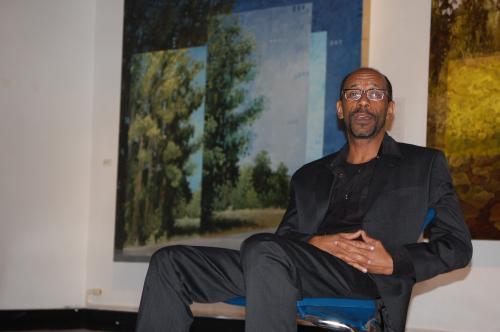 In March 2006, Geneseo hosted a conference entitled "Local Studies, a National Movement: Toward a Historiography of the Black Freedom Movement."  The conference brought a number of historians and activists to Geneseo, including John Dittmer, Professor Emeritus of DePauw University and author of  Local People: The Struggle for Civil Rights in Mississippi; Wesley Hogan, professor of history at Virginia State University and author of  Many Minds, One Heart: SNCC's Dream for a New America; Todd Moye, professor of history at University of North Texas and author of Freedom Flyers: The Tuskegee Airmen of World War II; Charles Payne, Frank P. Hixon Distinguished Service Professor in the School of Social Service Administration at the University of Chicago and author of I've Got the Light of Freedom: The Organizing Tradition and the Mississippi Freedom Struggle; filmmaker and civil rights activist Judy Richardson; Robyn Spencer, professor of history at Lehman College; Jeanne Theoharis, professor of political science at Brooklyn College and author of The Rebellious Life of Mrs. Rosa Parks; and Komozi Woodard, professor of history at Sarah Lawrence College and author of  A Nation Within a Nation: Amiri Baraka and Black Power Politics.  The conference included several lectures, panel discussions, and a workshop.  John Dittmer gave an address called "Southern Community Studies and Their Critics," Charles Payne gave an address called "Why Study the Movement?," and Judy Richardson gave an address called "Hands on the Freedom Plow: Personal Stories and Reflections from Women and SNCC." 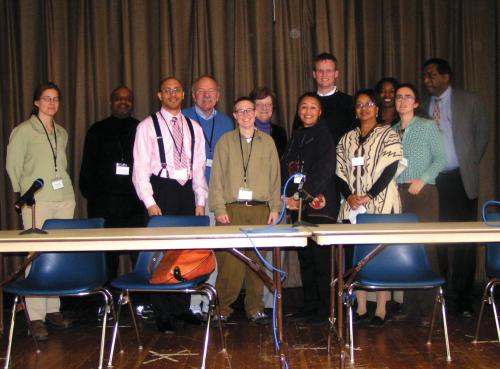 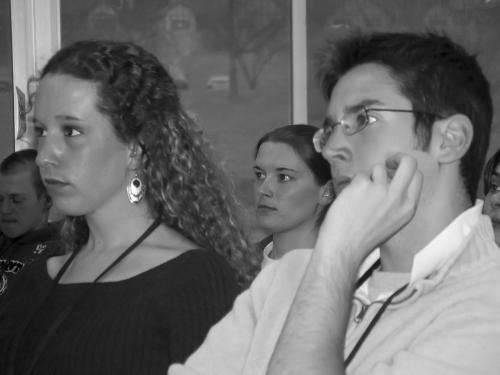 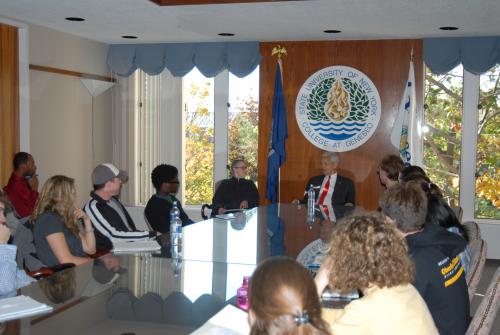 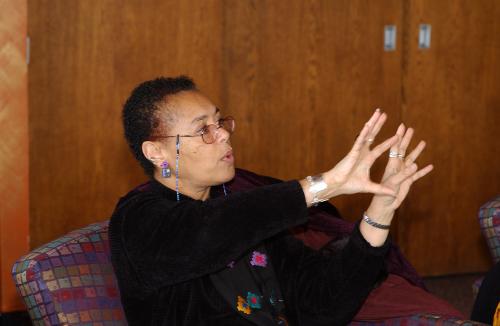 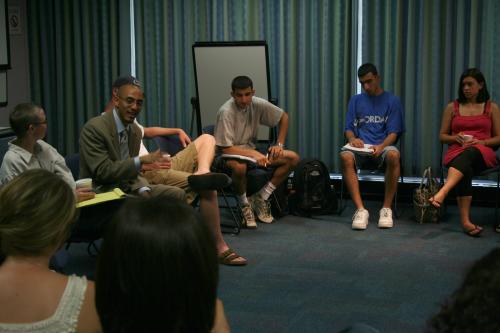 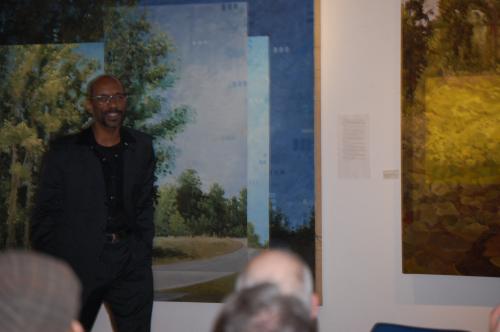 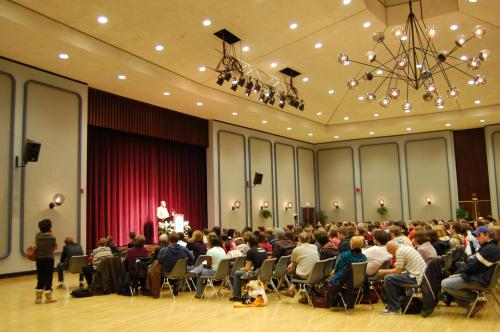 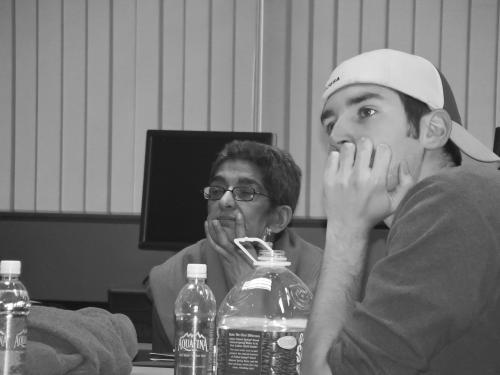