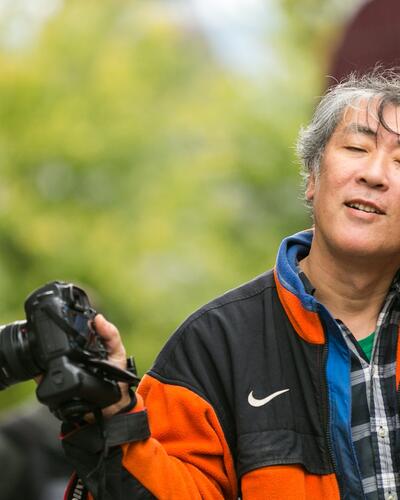 Atsushi Tajima has been a member of the Geneseo faculty since 2007.

or by appointment, please email at: tajima@geneseo.edu

Dr. Tajima tries to understand how the media operate, produce cultural products, and shape ways audiences think about themselves and their world. He emphasizes the extent to which we learn about society, such as politics, ourselves, and how to behave the social norm from mass-mediated messages. He tries to answer those inquiries through critical theories of race, ethnicity, gender, social class, globalization, media production, and audience effect. While Dr. Tajima primarily teaches mass media, media effect, critical and cultural studies, and visual communication, he also encourages students to craft their own research; he has directed a total of 104 student research projects during 2011–20, all presented at professional conferences. Because of this research mentorship, he was the recipient of the 2013 Drs. Carol and Michael Harter Endowment for Faculty Mentoring Award.