Cosmic rays from outer space collide with atoms in our upper atmosphere and create muons, subatomic particles that rain down upon the earth. On average, one muon passes through every square centimeter each minute at the earth's surface.  So when you hold your hand horizontally, about two or three muons pass through your hand every second!

To inspire people to think about the subatomic world, we constructed cosmic ray muon detectors and deployed ten of them at different sites within Letchworth State Park in western New York State from July to September, 2020. The detectors included an OLED display that indicates each muon detected and the current muon flux. People encountered these detectors while visiting significant sites within the Park.

NOTE:  The detectors were removed from Letchworth State Park on September 30, 2020

(Funded in part by an American Physical Society Outreach Grant) 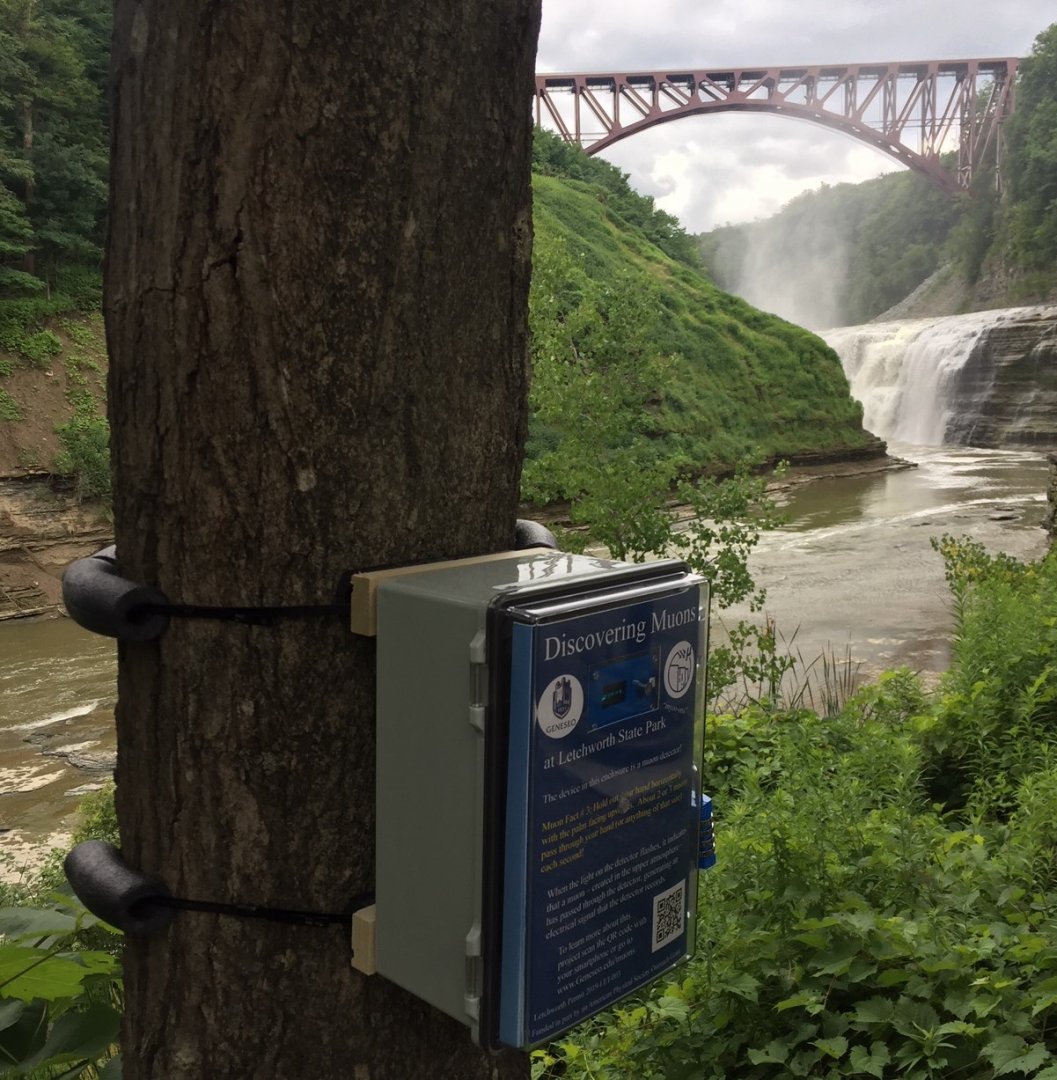