Aaron Herold is an Associate Professor in the Department of Political Science and International Relations, coordinator of Legal Studies, and co-director of the Forum on Constitutionalism and Democracy. He teaches courses on political theory, constitutional law, and judicial politics. His research focuses on the American constitutional tradition, the political philosophy of the liberal Enlightenment, and the thought of Alexis de Tocqueville—especially as these pertain to questions about the public role of religion and the separation of church and state. His book, The Democratic Soul: Spinoza, Tocqueville, and Enlightenment Theology, was recently published by University of Pennsylvania Press (2021).  In addition, he is writing a series of articles and book chapters examining the writings of both political philosophers and statesmen who have drawn attention to the connections between the place of religion and issues of ambition and civic engagement in modern and American politics. His work has appeared in The American Political Science Review, Political Research Quarterly, and The Review of Politics. Prior to coming to SUNY Geneseo, he taught at Boston College, Rhodes College, the University of Richmond, and the College of the Holy Cross. He has a B.A. from Emory University, an M.A. from the University of Toronto, and a Ph.D. from the University of Texas at Austin. 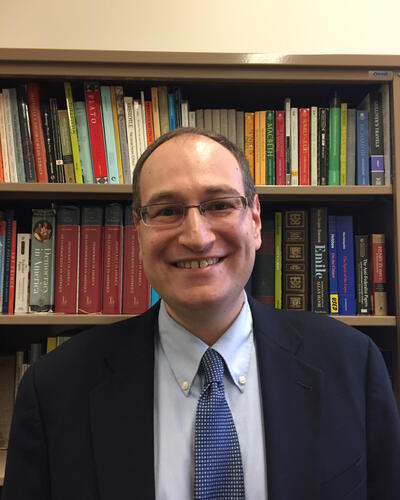