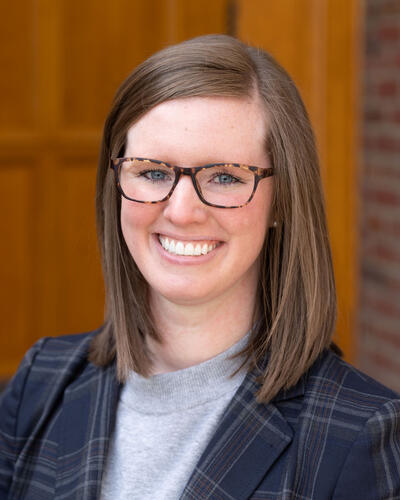 Hanna Brant (she/her/hers) is an Assistant Professor in the Department of Political Science and International Relations. Prior to joining the faculty at Geneseo, she earned a Ph.D. in political science from the University of Missouri with concentrations in American politics and public administration. She teaches a range of classes related to American politics and institutions, including courses on the executive branch, Congress and the legislative process, and state and local government. Additionally, she has taught courses on gender and politics and research methods.

Dr. Brant’s research examines the contours of political careers of members of Congress and legislative staff, the impact of women in legislatures, and how congressional staffers supplement congressional capacity to draft legislation and conduct oversight. Her work has been supported by the Dirksen Congressional Center and the Center for Effective Lawmaking and is published or forthcoming in journals such as Congress & the Presidency, Journal of Women, Politics & Policy, and Social Science Quarterly.

She has a B.S. from Indiana State University in Political Science with minors in Women's Studies and Civic Leadership.