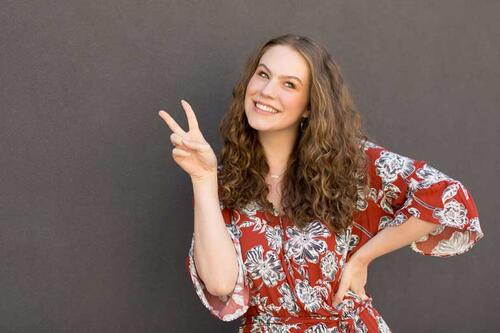 One of Geneseo’s most popular majors is no major at all. “Undeclared” is consistently one of the top choices for incoming students. In fact, surveys show that as many as 50 percent of students nationwide enter college without a major, and an estimated 75 percent change their major at least once before graduation.

“As an 18-year-old, it’s fine not to know what you want to major in,” says Stella Smith ’21. Smith entered Geneseo as a math and business administration double major, then changed her major to undeclared after consulting with the Career Development Office (recently renamed the Career Design). “Geneseo was very good at showing me there is a plan within being undeclared—you’re not just floating around without direction,” she says. After a year of exploration, she’s now majoring in anthropology with a minor in conflict studies—and set to graduate a semester early.

That’s not uncommon, either, and for a good reason: taking time to declare a major doesn’t delay graduation. Studies show that exploring students are more likely to graduate in four years than students who declare a major immediately and stick with it.

A liberal arts curriculum like Geneseo’s naturally encourages students to explore different disciplines, says Joseph Cope, associate provost for student success. “We also concentrate our efforts on exploring students,” he says, by tailoring their academic advising, increasing their retention rates, developing their sense of community, and focusing on their well-being beyond just academics. “From their first semester at Geneseo, students interact with faculty and staff who care about them, who pay attention to their interests, and who want them to succeed.”

Undeclared students can share their experiences with like-minded others in the First Knight Experience Living-Learning Community, a residence hall designed to create a sense of belonging among exploring first-year students. 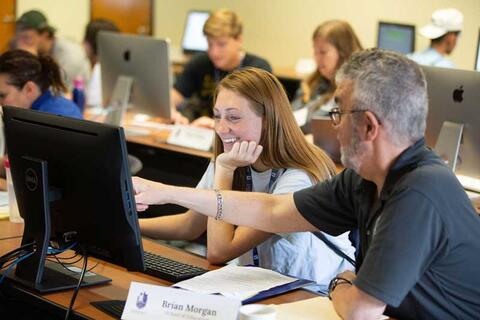 Geneseo also offers a first-year seminar course (EXPL 101) created especially for students who are exploring their options. Smith calls it one of the best resources for undeclared students, and as a bonus, adds Cope, students who take the course are less likely to drop out. Undeclared students have other supports, too, including faculty advisors who meet incoming students over the summer, academic advisors that help guide students through their options, and trained academic peer mentors who draw on their own experiences to help fellow students.

Undeclared student Chloe Roach ’18 used Career Development resources to direct her major decision. “I was motivated and driven but had no direction to drive in,” she says. Working from a list of every available Geneseo major, Roach eliminated the options she knew weren’t a good fit, then discussed her shortlist during a one-on-one session with a career coach. “As a first-year student, it’s hard to imagine yourself four years down the road being a bachelor of anything,” she says. “It was super helpful to know my career prospects were real and attainable.” Roach graduated in three years with a communication degree and now works as a brand communications manager for Wildfang.

“The majority of any incoming class will at some point be in flux with their major decision, and that’s okay,” says Jessie Stack Lombardo, director of career development. “People’s careers are constantly evolving and changing, especially in the world of work right now. Most employers prefer well-rounded candidates who can demonstrate general career-readiness competencies. We encourage students to explore their interests as they find their way.”