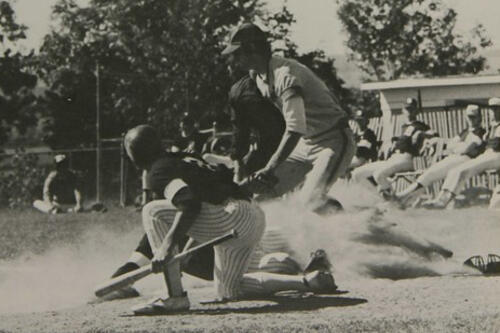 The lasting impact that Geneseo faculty and staff have on students can be told countless times. In Paul’s story, the positive impact that Professor Emeritus of Geology Richard Hatheway in the Department of Geological Sciences made on him has influenced three generations. The Geneseo spirit of developing people to serve the common good resonates in our lifework.

Paying it Forward for Professor Hatheway

In my years as a geology major at SUNY Geneseo, I was fortunate to study with professors both inside and outside of my major department who made a lasting impression on me. They were not only experts in their respective fields, but they were both accessible and interested in a student's success outside the classroom. There are good memories of all the geology professors, whether it be on field trips or sharing a pitcher of beer in the Vital Spot. 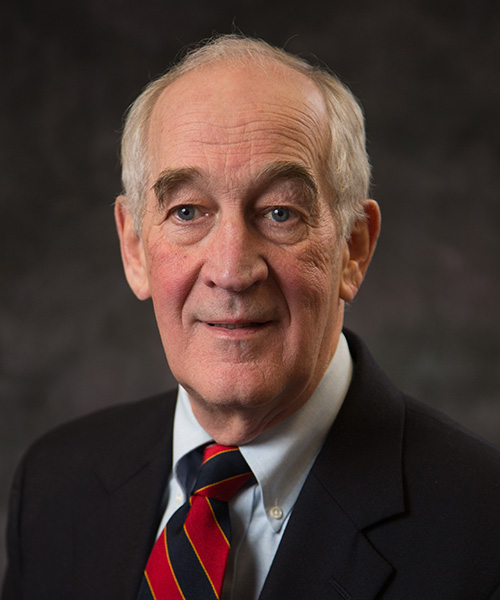 One professor, Dr. Richard Hatheway, professor emeritus of geology in the Department of Geological Sciences, and I have stayed in touch through the years after graduation. He taught me and many other students how to become good geologists. For example, to truly understand the earth and its history you have to spend time in the field. When you study rock formations in nature, such as a shale-sandstone sequence, you get a better understanding of the local geologic history. He taught us how to answer the questions "Why is there gold in Nevada but not in Florida, and why should I keep looking in places with a geologic history similar to Nevada?" Dr. Hatheway led my first geology field trip where I was able to apply what I learned in the classroom to my observations in the field. However, there were important lessons he taught that had nothing to do with geology but with people.

I struggled as a student, eventually graduating after five years and two changes in my major. Yet, Dr. Hatheway believed in me when I didn’t believe in myself.

In my fifth year at Geneseo, I made the baseball team. When I shared this with Dr. Hatheway, he was genuinely happy for me and said these words that made a lasting impact on me:

“We are not just developing geologists; we are developing whole people.”

After graduation, I drove to Houston, where I was hired for my first real job processing seismic reflection data for a major oil company. Based on my academic experience, this was right up my alley, and I achieved some success. After ten years in the working world, I was accepted to graduate school in geophysics at Stanford University. Dr. Hatheway was the first person I called to share the news.

Although I had a successful career as a geophysicist, I believe my biggest contribution to the world has been my work with youth. Dr. Hatheway’s philosophy has been the guiding principle in all of my interactions with young people. While continuing work in oil exploration, I was offered the opportunity to coach basketball and baseball at a small private high school. I kept Dr. Hatheway’s philosophy of developing whole people in mind and applied it to my players. I did not understand the impact it had until the fourth year when players who had graduated from the program came back to help me coach the current team.

One of them offered this gem: “You were the only faculty member that offered praise for an accomplishment outside that faculty member's area of expertise.” It was true. At practice, I would mention that Joe won a science competition or George made the honor roll. On one Friday, I told the boys to cancel their plans because we were going to watch Nick in the school play. The boys appreciated being treated as whole people.

For 13 years, I taught junior high Sunday School and applied the same philosophy. I would go to middle school concerts or plays or athletic events to let them know that they were appreciated for more than who they were on Sunday mornings.

In 2015, my catcher from 1987-89 reached out on Facebook. He was coaching his son’s high school soccer team and said that he shared some of the lessons he learned from me, such as treating players as whole people. I pointed out that the whole-person philosophy did not start with me but that I learned it from Dr. Hatheway. Here, we find a third generation being impacted by me paying it forward.

In the late 1990s, I had the honor of being asked by the Department of Geological Sciences to write a letter supporting Dr. Hatheway’s promotion to full professor; in a sense, I was able to pay Dr. Hatheway back.

Geneseo students and alumni are more than their major or their vocation. We are citizens of the world looking to pay it forward and pay it back. I am thankful for professors like Dr. Hatheway, who support and teach students how to see themselves as whole individuals. 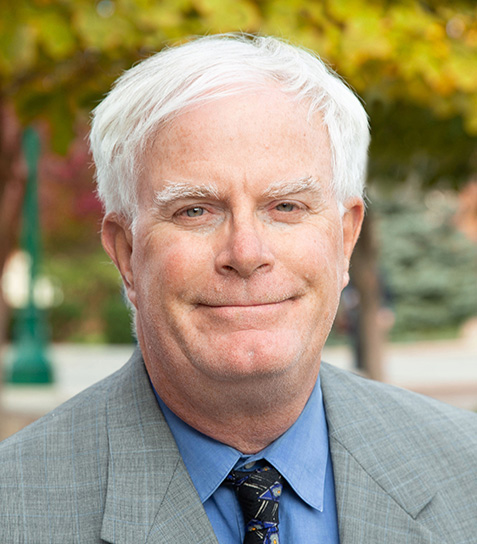 Paul R. Peterman ’80 (left) is a semi-retired geophysicist and a member of the Geneseo Foundation Board of Directors. Professor Emeritus of Geology Richard Hatheway (above right), who served at Geneseo from 1968 to 2007, lives in Geneseo, New York.