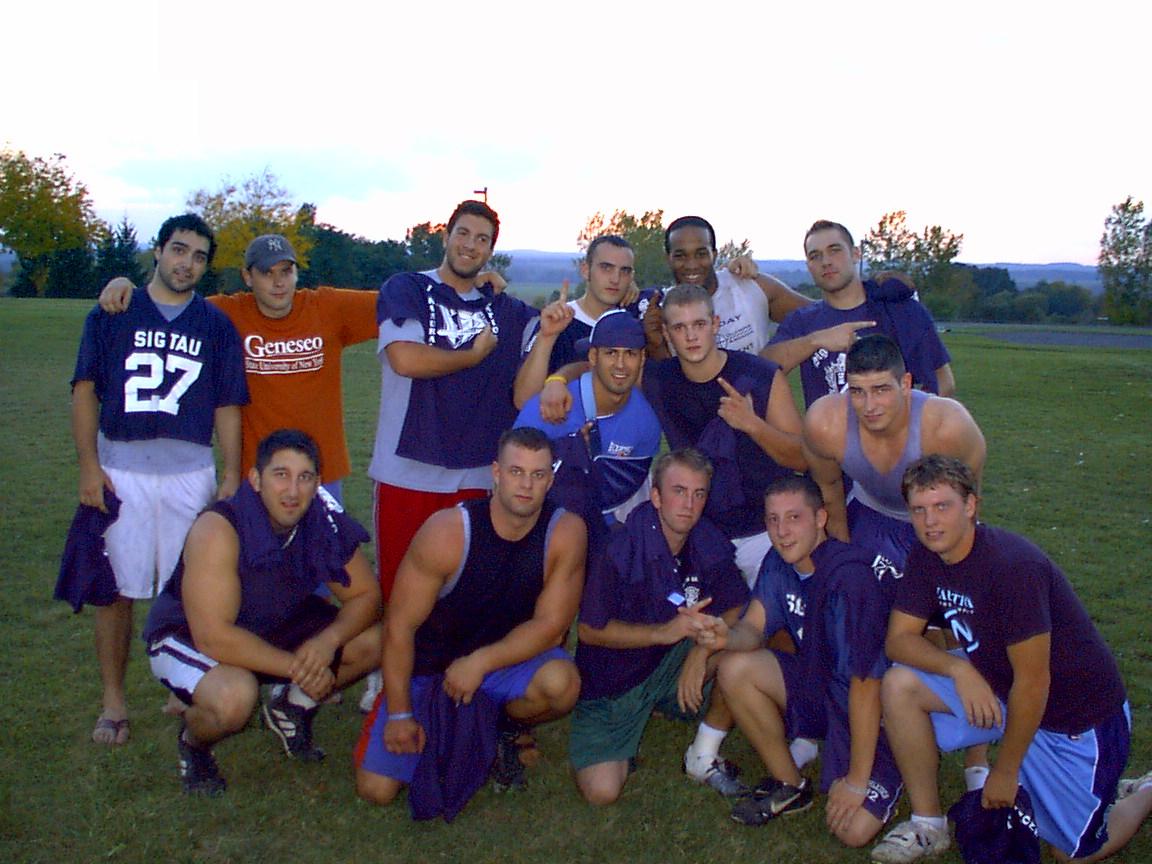 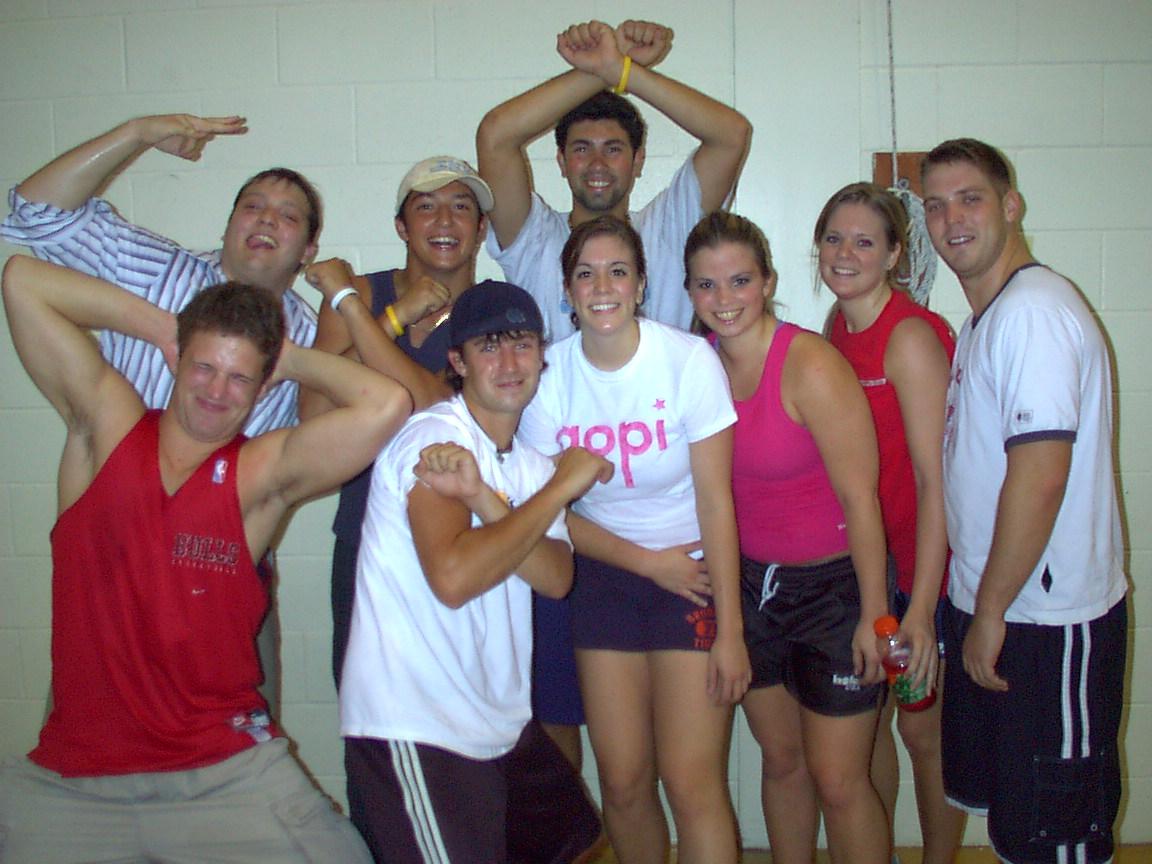 How Do I Participate?

Any student, faculty, or staff member can sign up for any event until the deadline for that event or the event is full. Sign up for any event online at www.geneseo.edu/intramurals or pick up registration forms for all intramural leagues, tournaments, special events, and off campus trips at the Merritt Athletic Center in room 110. Complete the form and return it to the same office with the entry fee by the due date for the event that you would like to participate in.

The Intramural Staff will assign a team name if the captain signs their team up without a team name or an inappropriate name. A team's name must not be offensive to any groups or individuals in any manner. College policy prohibits the use of obscene or derogatory team names. Team names will be changed by the Intramural staff if deemed inappropriate.

A $5.00 penalty for teams who do not send a representative to the meeting. The captain meetings are held to inform intramural participants of the rules of the game, hand out schedules, introduce employees of the department, and answer any questions. 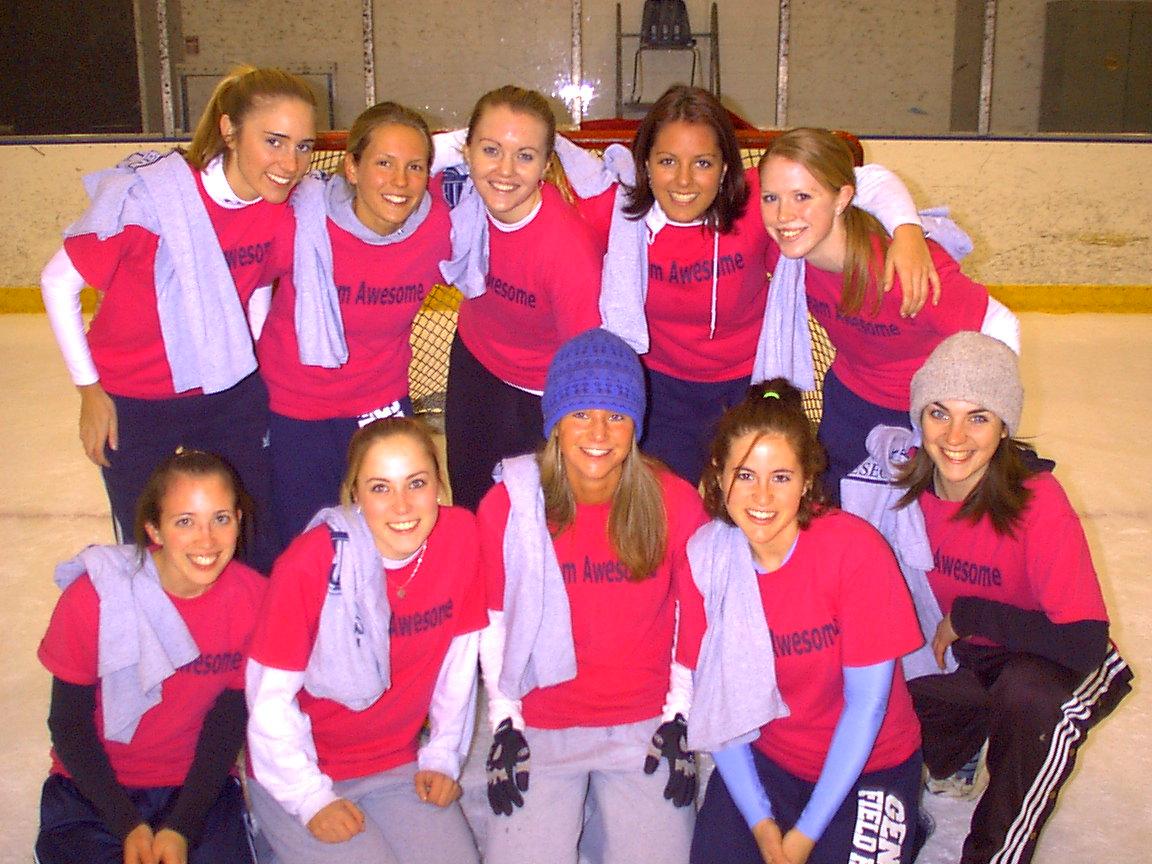 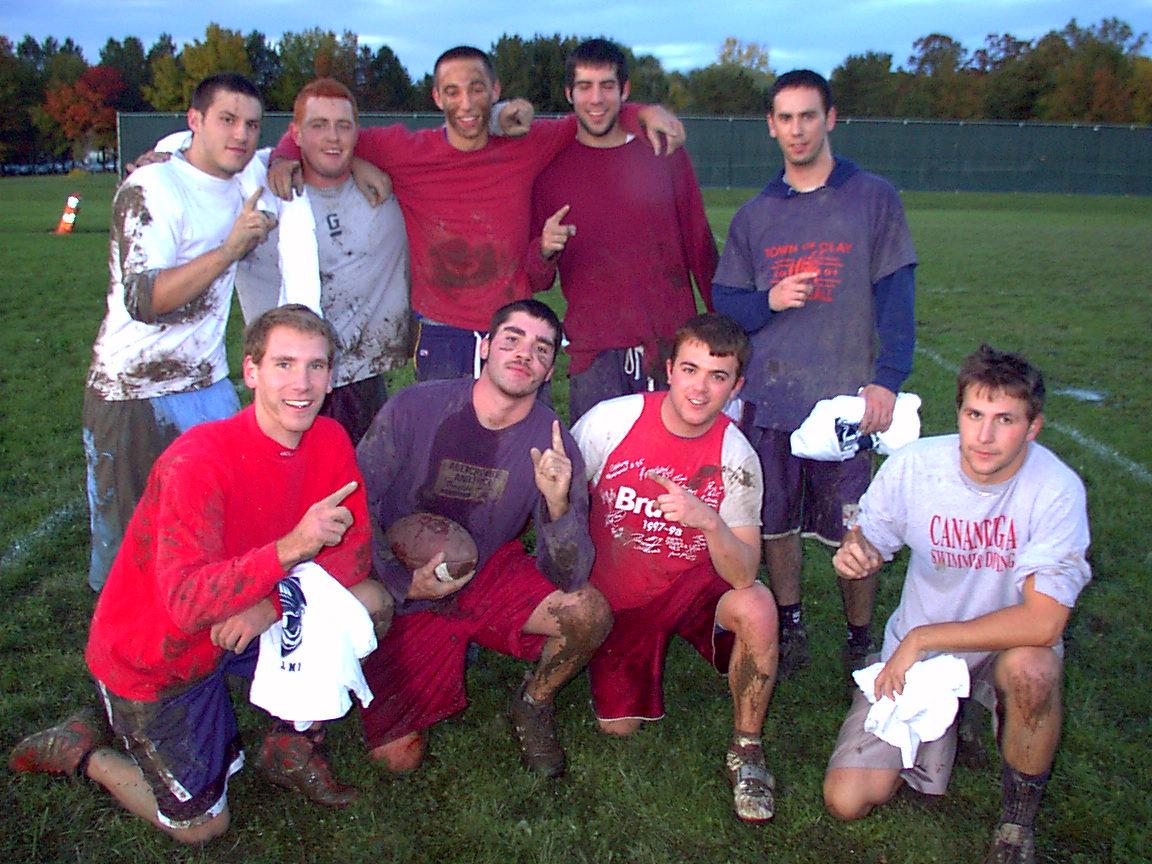 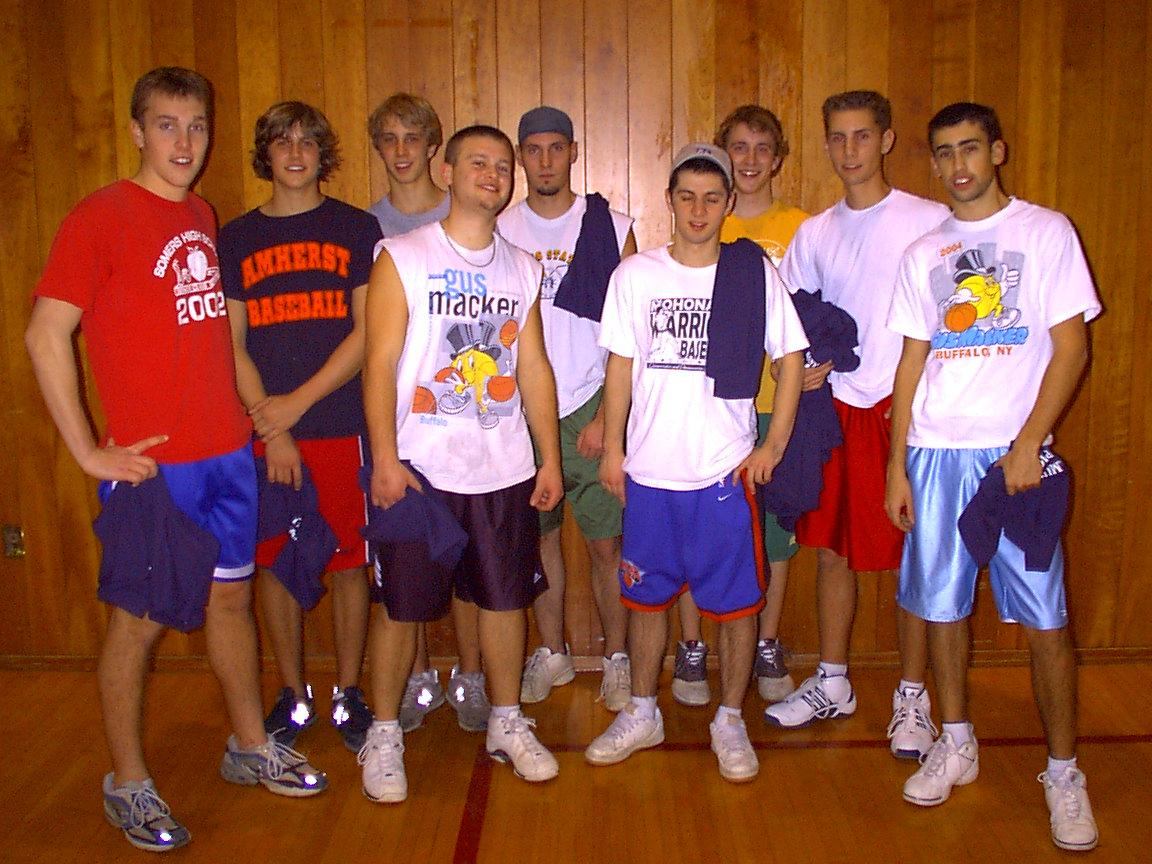 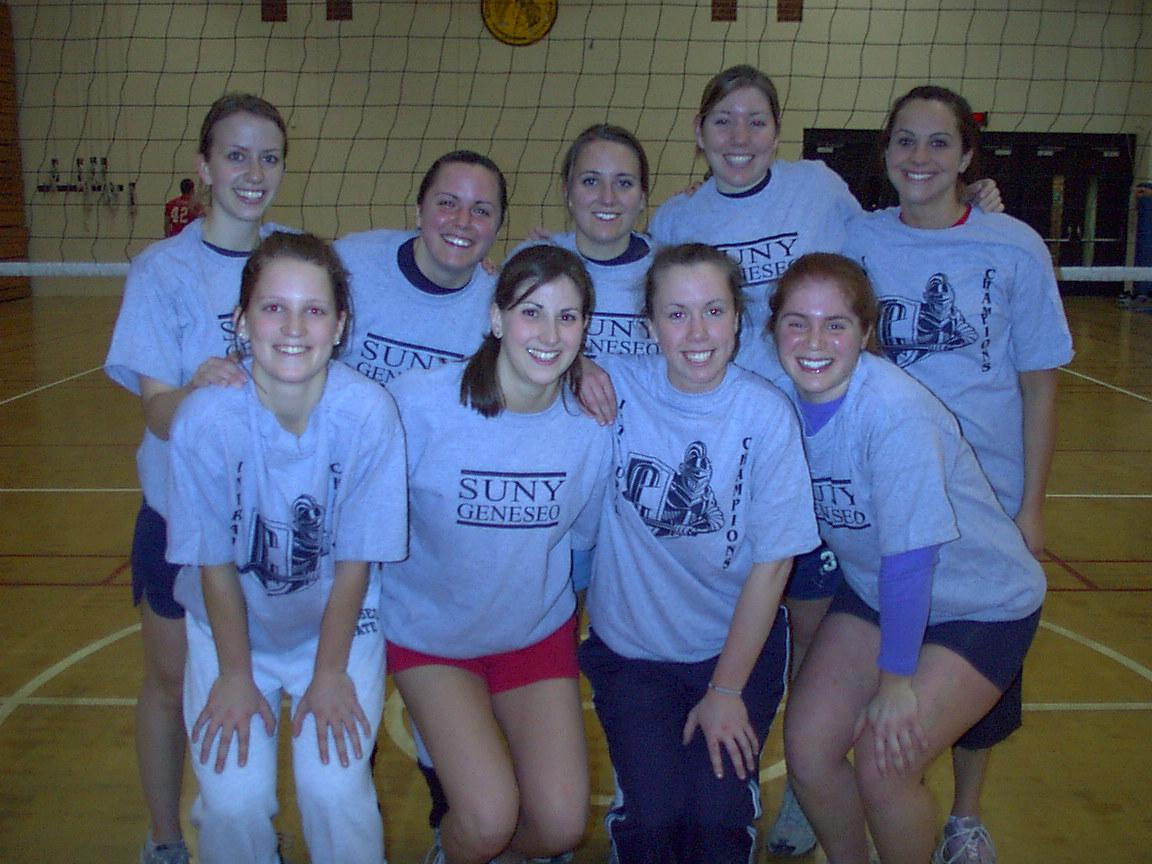 The intramural staff will not tolerate unsportsmanlike behavior, i.e.: arguing with officials, taunting opponents, excessive physical contact. A player will be immediately ejected for any attempt to punch, kick, or shove an opponent. Any player who is ejected from an intramural game will face a minimum of a one game suspension from league. The player is suspended from play until he or she meets with the intramural director to discuss the incident. An ejected player must leave the premises of the intramural game immediately. If the player does not comply, the game will be forfeited with their team receiving a loss.

As a staff will guide our job responsibilities with 3 things in mind:

Diversity is understanding, embracing, and celebrating each other's individual differences including, but not limited to, race, ethnicity, gender, gender identity, sexual orientation, disability, nationality, religious and spiritual beliefs, age, and socio-economic background, as well as the intersections of these identities. Diversity enhances a community through mutual respect as we honor each other's lived reality.

Inclusion is integration of individuals’ experiences, knowledge, and perspectives, while acknowledging our history and continually reflecting on issues of power and privilege. The goal is the full and equal participation of all.

Equity is providing everyone what they need to be successful

If an intramural supervisor, club sport coach or captain, or any Student and Campus Life staff member suspects that an intramural or club sport participant has a concussion, or appears to be experiencing the symptoms of a concussion, they are required to report their concerns to Student Health and Counseling by calling 585-245-5736.

The College Medical Director or his designee will evaluate all students with concussions or experiencing the symptoms of a concussion for clearance before they are permitted to re-engage in intramural or club sports.  Only students possessing a clearance letter signed by the College Medical Director or his designee and reviewed by the Director of Intramurals and Recreation will be eligible to participate once the concussion has been reported to Student Health and Counseling.

Sanctions for students who have experienced concussions while engaged in intramural and club sports who fail to obtain approval for resuming participation are as follows:

Consequences of Returning to Play Prior to Medical Clearance

1st offense: suspension from participation in intramural and club sport events for the remainder of the semester (or, if occurring in the last four weeks of the semester, the next semester)

Participation in SUNY Geneseo intramural events is voluntary. A participant acknowledges his / her understanding that the possibility of injury exist when participating in intramural events. Some examples of Injuries that may occur are cuts, bruises, muscle strains, broken bones, concussions, and dislocations.

The participant aknowleges his / her awareness that in the event of an injury, no compensation is avaialble from Intercollegiate Athletics and Recreation, SUNY Geneseo, or the State of New York, their members, agents, or employees. The participant's responsibility to abtain appropriate insurance or pay all charges associated with injury is hereby confirmed

Consumption of alcohol by any player or spectator is prohibited. Disciplinary action will take place against anyone who violates this policy. Improper conduct in violation of the "Student Code of Conduct" will be subject to judicial review. A player will be ejected from the game and will not play the rest of the intramural season. A team will be penalized if spectators who are supporting them break this policy.